On The Workbench This Week

I scored a Yaesu FRG-8800 General Coverage receiver a couple of weeks ago on eBay for $150, Buy-It-Now, with FREE shipping.

Since these things generally go for between $250~$400 depending on condition and options, I jumped on it even though it was sold as "Parts or Repair Only". Even if I couldn't repair it, I could always part it out. 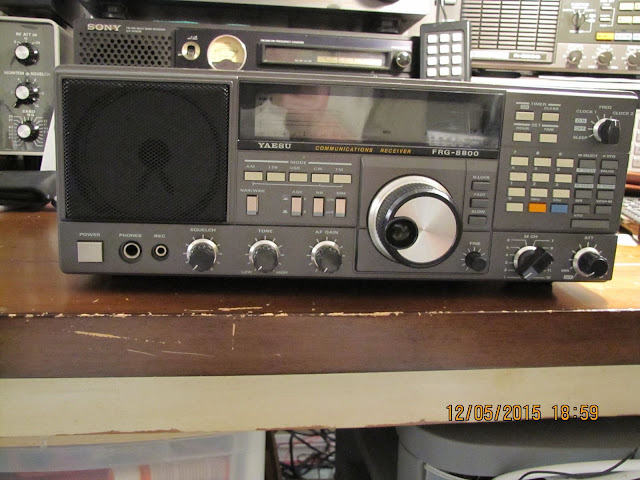 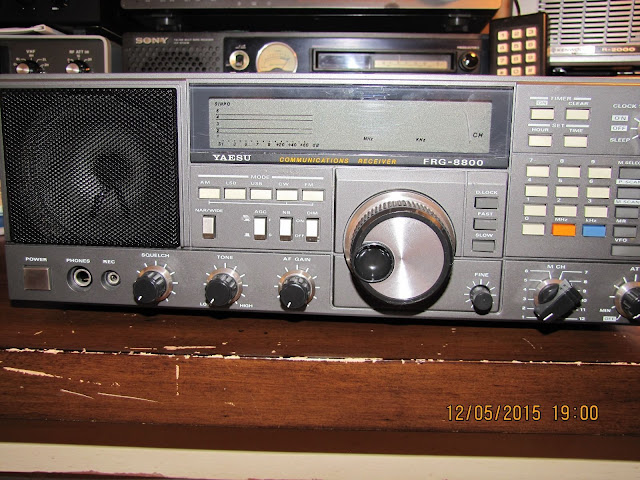 One thing I didn't notice in the listing photos, but caught me eye immediately when I unpacked it, was that the antenna connector had taken a pretty good hit at some time during the receiver's life.

If you look at the connector in the photo, you can see that it's punched in and angled upwards a bit, and you can see where the rear panel is pushed in at the lip of the upper case half: 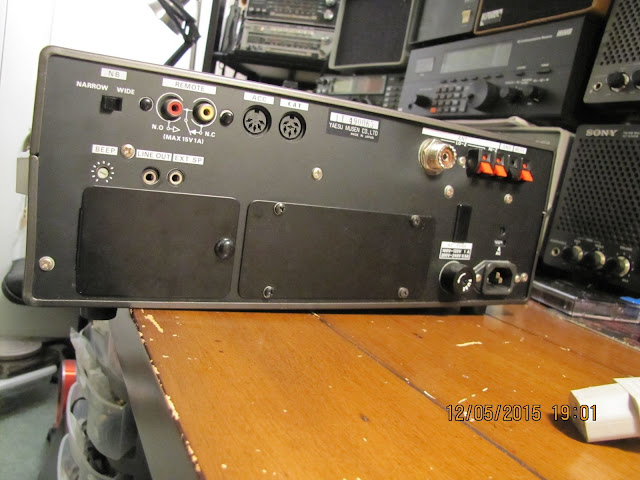 The four position terminal strip for long wire antennas was also missing a screw, but I have a good collection of genuine Yaesu hardware that I've collected from radios I've parted out over the years, so that was no biggie.

The small access panel at the lower left is for the 3 "AA" size batteries used to back up the real time clock and the 12 memory positions, while the panel to the right of it is where the FRV-8800 VHF Converter would mount if so equipped.

The radio was sold as completely dead, which it was, but troubleshooting that problem would have to wait until I fixed the antenna connector.

I pulled the case off, unsoldered the board with the terminal strip, and saw that the connector had been hit hard enough to make the retaining nut "jump" one thread from side-to-side. Thinking I could just use a screwdriver to "pop" the nut back so I could straighten it out, I carefully applied some force to it, only to have the connector shatter! Yaesu, in a cost-cutting move, opted to use a CAST connector instead of a machined one, and castings don't like shock and being bent back and forth! 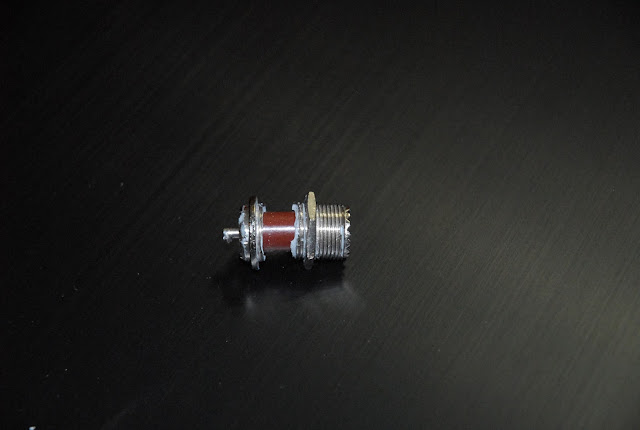 Fortunately, I have a supply of single-hole, panel-mount Type-N females, so that's what I used to replace the busted connector, after I straightened the rear panel using some hardwood blocks and a big "C" clamp.

After that was done, I noticed that the little subassembly with the "Mode" switched was popped loose from its mounting clips on the front panel, explaining why the mode switches didn't work, and felt "dead". Snapping that back into position made the switches come forward enough that the buttons on the front panel now engaged them.

The DOA problem turned out to be an internal 2A fuse on the power supply regulator board. I replaced the fuse and measured the current into and out of the regulator assembly, and they were in spec, so the fuse probably went due to old age and repeated thermal cycling.

The last thing I found was that all 4 of the dial lamps were blown. I replaced those with blue 3mm diameter LED's, and now the dial lights up in a "Cool Blue" color. 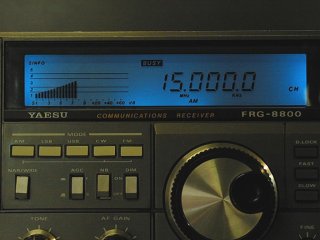 A general check of the alignment (sensitivity and frequency accuracy) shows it to be spot on the published specs, so I'm considering it repaired.

Cosmetically it needs a good cleaning, and there's a nasty scuff on the dial "glass", but that should polish out with some Novus plastic polish.

I don't think the audio sounds as "smooth" as it did on my previous FRG-7700 receiver, so I'll have to Google around a bit and see if there's any "audio enhancement" mods for it.
Posted by drjim at 6:33 PM