I "Fixed" My Windoze PC

WELL....thinking about this, I decided to pull the AC plug from the UPS for a few minutes to let the power supply completely discharge, which completely turns the PC off.

Most newer PC's actually don't turn "off", in much the same way that a newer TV never turns completely "off", since the TV needs some circuitry alive 24/7 to detect the commands from the remote.

PC's are similar in the the power switch doesn't disconnect the power like it did in the old "AT" days, but rather puts the PC into a very deep sleep, and brings it back up when the "power" button is pressed.

Sure enough, after being unplugged for a few minutes it got past the POST error, and began to boot into Windoze.

Since I'd attempted to restart it numerous times after the error first appeared, it had some corrupted files, so I let Windoze search for the problems, and selected "Continue" when it offered to restore the system to it's last known operating state.

Now I'll re-do all the updates that I installed before we went to Colorado for Thanksgiving, and *carefully* nuke all the "Get Windows 10!!" spyware that the mothership installs.

And this time, when it wants a reboot, I'll do a complete shutdown, unplug it for a few minutes, and then bring it back up! 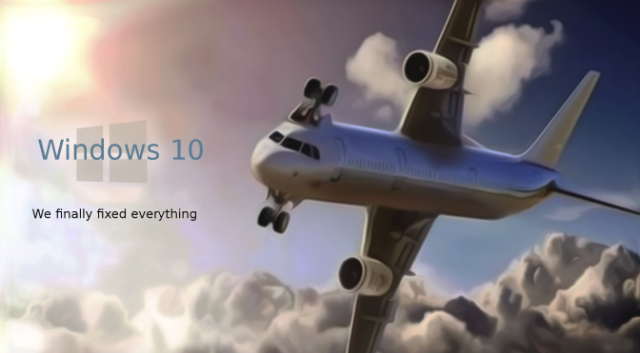