Sub Off The Coast 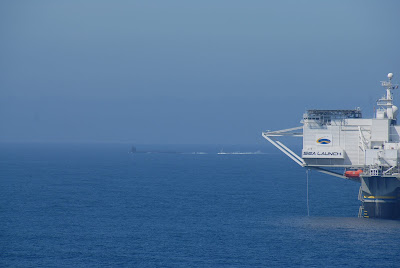 I'm not sure what they were doing out there (backside of Catalina Island), but all day Monday and Tuesday we saw the sub going back and forth, accompanied by some small "patrol" type boats. Tuesday afternoon it looked like one of the small boats made a rendezvous with him, so I'm gonna take a SWAG and say the little guys were U.S. Navy, too.
NOBODY in their right mind would get so close to a sub that they could transfer people unless they were authorized!
I don't know enough about U.S. submarines to tell what class it was, but I know to see one run on the surface for so long is unusual.
Of course out where we were, there aren't too many other ships just hanging around!

For you guys that know far more about this than I do, I added a crop from one of the better pix I took.
Have at it!