And Fall Wonders, too!

I was able to snap a few pix of the trees here before all the leaves got blasted off by the cold and snow, and since Sarge and The Guys over at The Chant have been posting pretty pix, I thought I'd spring these on you.

Our Amur Maple tree in the front yard: 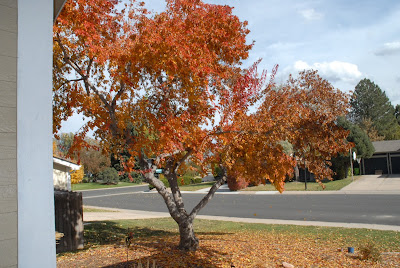 This variety of Maple doesn't get much bigger than ~25', but does extremely well here. It's a "Recommended" tree per The City of Fort Collins, and per the Wikipedia entry, "Produces copious amounts of seeds", which it does. When I was a wee lad growing up in Illinois we had maple trees. And so did the neighbors, of different varieties. The trees cross-pollinated, producing tons of seeds, and I grew several nice trees from seed. I've saved some of this years crop of seeds from this maple, and I'm going to try and get some started. We have precisely *one* place in the yard where a tree like this would be most welcome, so if I can get a seed to sprout, we'll plant it there. I doubt if I'll be around to see it get very big, but it'll be a tiny legacy left by me. A look at Google Maps of the house I grew up in shows a tree growing exactly where I planted one, so it might still be there, 60 years after I planted it.

And a tree that one of our neighbors has: 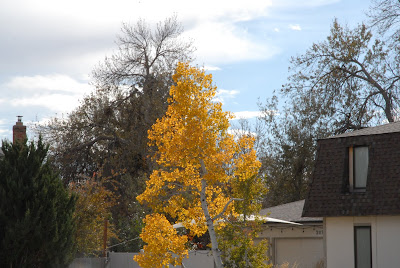 I'm no tree expert, but it looks an awful lot like the Birch tree we had back in Illinois. Seeing as we're in Colorado, it might be an Aspen, but the city strongly discourages Aspens as they propagate by runners, and can take over a large area very quickly. Reading about them brings to mind the problems I had with bamboo in the yard back in Kalifornia. Spent quite a bit of time, effort, and expense to terminate that stand with extreme prejudice!

Fall was quite pretty this year, and I even managed to get the front yard to come back, complete with about 30 sq ft of new seed that came up and took off like weeds. Half the back yard looks like the Mohave, minus the sand, and I'll have to bang away on that right early in the Spring.

I finished the new coax runs from the antennas to the entrance boxes I made, and got my FT-1000D back together again. Still has some problems, the most glaring being that it won't transmit on 40 Meters. I'm pretty sure the problem is in the Low Pass Filter Assembly, and fortunately that module is quite easy to service.

The Radio Controlled 4x4 truck is waiting for the yard to dry up so TLG and I can go out bashing with it again. I took it partially apart to check on some of the common wear points, and it's holding up quite well.

Since all we're going to do with the truck is bash it around the front and back yards, I don't want to spend money upgrading the little truck. I'm not racing it, but if/when something does break, I'll upgrade it with a better part, but that's it.

For the latent racer in me, I bought this: 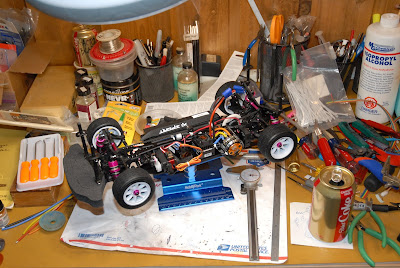 It's a "3Racing Sakura Sport XI", four-wheel drive, 1/10th scale electric "Touring Car", and I'm building it to run in a "Spec Series". A "Spec Series" is where every racer is strictly limited on what equipment they can run, and it all has to be from an approved list. The chassis is pretty open, but the motor, speed controller, battery, and wheels/tires must be specific part numbers from specific manufacturers. The purpose of this series is to encourage slower speeds with older hardware, and make it more of a driver's match since the cars are so equal.

Since it's called the "Vintage Trans Am Series", all the bodies on the cars have to be 1960's/1970's pony cars, just like what raced Back In The Day.

There two bodies available, on from ProtoFORM: 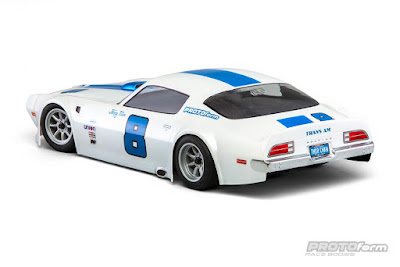 Here's a nicely finished one: 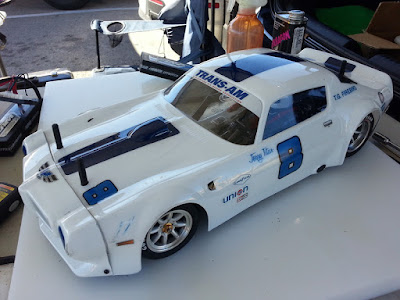 And one from McAllister Racing:

I have one each of the bodies, and I'll probably go with the McAllister body for track-days, and do a very pretty job on the ProtoFORM body to be a display body.