Another 14-hour day. I'm not really complaining, seeing as I thank God each day for the great job I have, but it sure is a grind.
Our customer "broke" their own equipment today when we were 99% finished with the test we were running.
This slips our schedule at least 24 hours, depending on how fast they can get their gear working again. If they have to fly in parts from France, it might be a couple of days.
Maybe I'll get to make HAMCON after all!

Stumbled across this and though it was funny.
We just had to do some kind of 'endangered species' evaluation where I work, as a brown pelican built a nest at the top of one of our collimation towers. They haven't removed the nest and put bird spikes up there yet because there's little pelicans in it!

An Afternoon at the Range

Went to the range today with my son, so he could participate in the "Sunday Pistol Shoot" that one of my instructor friend runs. I know my son is safe, and can shoot quite well, but I feel he could benefit from some formal training. And I always enjoy training, and pick up a few tips.
I wound up helping the other two instructors quite a bit, and helped several of the new shooters in the class change some things they were doing wrong that had the potential to become bad habits.
The class was only 8 students, with my son and myself, and six women. They were all interested in the type of gun my wife has (A S&W TRR8), and one of the ladies there has the same gun. Several of the ladies were quite petite, and had trouble racking the slide on full-size semi-autos, and loading the magazines. We took them all in to the gun store that's part of the range, and taught them how to pick a gun they could safely and comfortable shoot. Some rented revolvers, and a couple rented smaller semi-autos. We stressed that if you're not comfortable with the gun, you won't shoot it properly, and probably won't enjoy going to the range for practice.
One of the ladies had a very nice small-frame revolver with Crimson Trace grips, but was having trouble shooting it. She was trying to use it with the laser turned off, and the gun had no "proper" rear sight. It was sold to her at another gun store, by a counter guy who said "My wife has one of these, little lady, and it'll be *perfect* for you!".
NOT!
So now she's in the market for another revolver until, she said, she's "good enough at the basics" to use her snubbie with the laser grips.
We stressed to them that as new shooters, they should NOT feel the "I'm no good at this" mood that many new shooters have. It's a new activity to them, and like all new activities, it takes time to learn how to do it. We encouraged them at every step, worked closely with them, and by the end of the session the ones who were having problem had markedly improved.
Some of them had very good marksmanship skills, and the rest *will* get those skills with practice.
One other thing impressed me about this group of ladies. They weren't the type who had been mugged or assaulted, and "wanted a gun for protection". These women were interested in learning about all different types of handguns, safety, and how to use them effectively. They weren't they types for who "the gun thing" was a passing fancy, or the type who would take a class or two, and then "know all they needed to know". These women were serious, and WILL continue their training. I could tell by the questions they asked, and how they behaved on the range, that they have the gumption to continue to learn, and will turn into fine, safe shooters. It was very refreshing to see such enthusiasm, and support for our Second Amendment rights.
My son impressed the instructors, who recommended he move on to the more advanced classes, including the Tactical Handgun classes.
So all in all, it was a great day at the range, and I was privileged to help some new shooters hone their skills.

I went 'shopping' online at the office supply places, and HOLY SH1T! These things are insanely priced.
A GOOD QUALITY, 2-drawer cabinet is ONE-HUNDRED FIFTY dollars!
Even the cheeseball ones are sixty bucks. I already have one of those, and when the wife had her son move it, it buckled up like cooked pasta.

I told them to empty it before they moved it, but naaaaa.....just couldn't take the time to pull the drawers out.

Out at sea last month, and she wanted to "surprise" me by having the carpets cleaned.

Even on craigslist good ones go for $100.

Looks like I'll just have to bite the bullet (again) and get a decent one.


Just got back from visiting Staples, Office Depot, and OfficeMAX. Staples had some decent ones, but they're marked "Delivery Only". I asked one of the floor people if I could take it myself, and he said no, they have to come from the warehouse.
Scratch Staples.
The other two places had some decent ones, but they were all "Out Of Stock" in this area, and I'd have to have them delivered.
Scratch that....

So, unless I want to buy some more of the $60 POS units, I'm SOL for getting some replacements today.

I'll keep searching craigslist. There's NO WAY I'm coughing up $60 for something so flimsy it can barely hold its shape when loaded, let alone if you try and move it more than a few inches.

New MasterCard for Our British Friends. 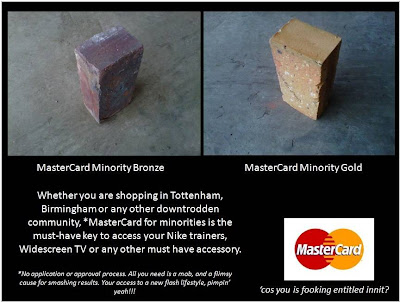 Seems like the list of blogs isn't updating. I see things listed as being posted "1 Hour Ago...." that I _know_ are a day or two old.
Anybody else notice this?

Musings on Life, and the Traveled Road

Well, here I am on the eve of my 60th birthday. Frankly, I never thought about being this old when I was younger, so I'm not sure what to make of it, other than to be a bit surprised that I'm still here, considering some of the not-too-smart stunts I've pulled.

I'm a person of curiosity and contrasts, humor and sobriety.

I've spun out race cars at 160 MPH, and spun around on ice skates.

I've stalled a Cessna with full flaps, and did belly flops into the swimming hole.

I've heard my own faint echoes bounce off the Moon, and my son's first words.

I've worked for places that range from Government Laboratories and Major Aerospace Corporations, to small start-ups and Mom-and-Pop places.

I've watched the owners of some of them get rich, while I had to threaten to quit if I didn't get my overtime paid.

I've watched things I built with my own hands rocket in to space, and helped others get their things into space.

I've built model airplanes, and things that shoot down the real ones.

I've seen whole towns destroyed by tornados, and helped design weather radars that warn us when they're coming.

I've traveled all over the world, and always made it home in one piece, glad to be home again.

Above all, I've been blessed with friends that stood by me “No Matter What”, while I've seen others betrayed by their “friends”.

I've watched as America did, and stood, for Great Things, and now I'm watching it destroy itself.

I'm shamed by the legacy my generation will pass on to our children, as we were “Good Men Who Did Nothing”, allowing the cancer eating away at Our Country to spread so far.

I guess I was cursed at an early age, as I sure have lived “In Interesting Times”.

The plumber didn't come by today, but he called and promised he'd be by Monday right after work. He had quite a shindig at his place Saturday night, so I kinda-sorta didn't expect him to show up.
Saturday I spent several hours playing radio with my Flex 5000, and today I set the satellite station up to have some fun "On The Birds". I'd been wanting to try my Kenwood TS-790 on the satellites, but it was areal pain to get going. Most Kenwood radio of the vintage require a TTL-to-Serial converter, the IF-232C, but I'd never hooked up the one I had until today. I actually started out using a nifty little cable I bought some time back that integrates the converter into the backshell of the connector. It didn't seem to work, so I got out the official Kenwood interface, which also didn't work at the beginning. Turns out the TS-790 will *only* communicate at 4800 Baud, and requires the CTS line to be held high. I finally got things squared away in SatPC32, my tracking program, and proceeded to make a contact on FO-29. The Doppler correction was really bad, with the radio jumping several kHz at a time, and I had several other cockpit errors to contend with. Since I wanted to use my radios today, and not spend several hours configuring stuff, I put the TS-790 back in the shack, and dragged out my good old Yaesu FT-847, which "Just Works".
It's taken me about 10 years to get this setup to where everything "Just Works", so maybe the next time I'll spend some time seeing if I can get the TS-790 to "Just Work".
Hope you all have a great (or at least passable) week this week.

Well, I just spent the morning killing off my 'honey dew' list.
All EXCEPT getting the bathroom sink unclogged.
Now, I'm pretty handy when it comes to most things. Electrical, data wiring, framing, drywall, new doors and windows....I can, and have, done that stuff.
Plumbing just frustrates the h3ll out of me, other than putting in the parts for new construction or a remodel.
I'd been tinkering on getting it unclogged for the last several days, and had gotten it to just about drain fully, but then something else happened, or maybe I knocked the clog loose enough to float to another spot, but it won't drain AT ALL now.
OOOPS!
I wound up pulling the trap out this morning to find it completely clean, and then tried to run my mini-snake down the rest of the run, but it gets hung up about 6"~8" inside the wall where the pipe turns. It's a solid-blade type snake, more like an Electrician's fish tape than a snake, so it's not good at turning tight corners.
Oh, well......
The guy across the street is a Real Plumber, and a family friend, so he'll be coming over tomorrow afternoon to fix it for us.
That should give me plenty of time to get his favorite beer iced down!

*I'M* gonna play radio the rest of the day!

Judge Judy...."This Is What We're Creating"

I couldn't agree with her more!

Things I'm remembering about life on a ship......

1) Port is Left, and Starboard is Right

2) The front of the ship is the Bow

3) The back of the ship is the Stern

6) It's not the ceiling, it's the Overhead

7) They're not hallways, they're Passageways

8) ALWAYS pick up your feet when going through a doorway or hatch, or you'll trip on the Frame

11) A ship will Pitch, Roll, Yaw, or Heave just as you're getting ready to take a sip of your coffee 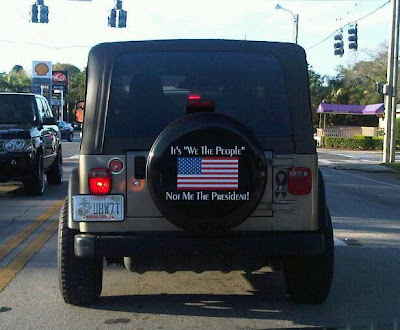 Got this from a friend of mine.
Sure nails things, doesn't it?
Posted by drjim at 5:52 PM 6 comments: