As promised, here's the wrap-up on this section of the progress.....

The original problem was that the negative voltage regulator integrated circuit had failed, producing -30VDC instead of the -24VDC it was supposed to produce. The regulator IC is an obsolete part, and while they are available, I wasn't willing to pay the going price. Since this isn't a "Pebble Beach" restoration, I decided to use modern parts and build two individual voltage regulators, one for the positive voltage, and one for the negative. Between waiting for parts and getting distracted by other duties, it took me two weeks to get here.

The two "daughter boards" ready to be installed: 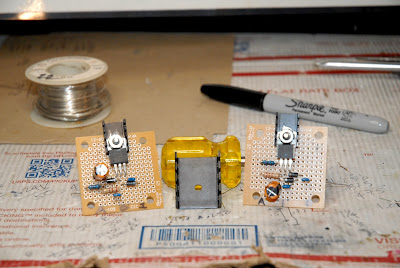 The sharp eyed will notice I reduced the size of the heatsinks compared to what I had mocked-up, showed propped up on the screwdriver handle.. The original regulators were rated at 500mA, and these are rated at 1500mA, meaning they can safely regulate three times the current the OEM parts could handle. From some looking at the specs of this thing, I figured out the circuit only draws a few hundred milliamps of current, and these should do fine with a smaller heatsink.

So here they are all moved into their new home: 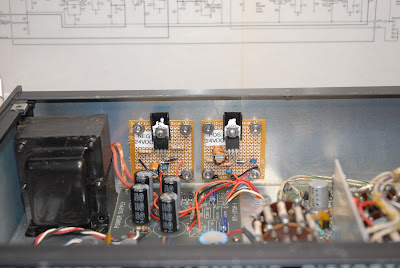 I left it powered up with the cover on for about 45 minutes, and my IR thermometer shows the heatsinks get up to about 120*F, while the TO-220 packages read about 103*F, so the "small" heatsinks are adequate.

So this part of the project has been completed, and I can now pick up the adjustment/calibration procedure at Step 4.  I stopped when it failed Step 3, which was to measure the regulator outputs.

Now on to exorcising the next gremlin......Yes, this is a rabbit hole I've fallen into, and I'm NOT expecting the adjustment/calibration procedure to go smoothly.

Getting this thing functional again has almost turned into a matter of pride...... 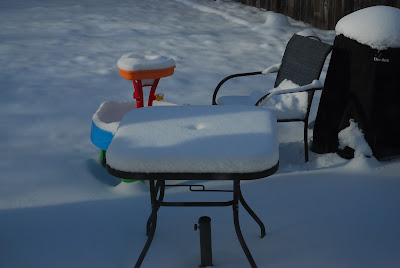