Well, plenty cold for this place, this time of year. The low last night was 31*, compared to a "normal" average low of 47*. Our high today was 40*, compared to 76*, and we had to run the heat as the house cools off pretty quickly.

We received over an inch of rain (1.2"), and several inches of snow.

At least the rain preceding the snow washed my truck, but none of the snow stuck around for long. 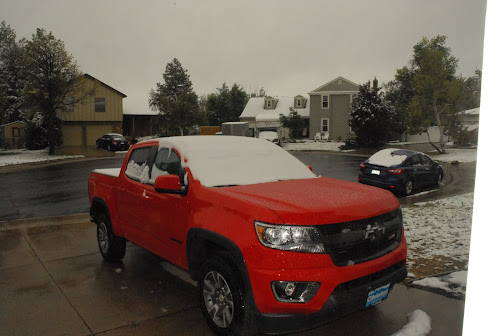 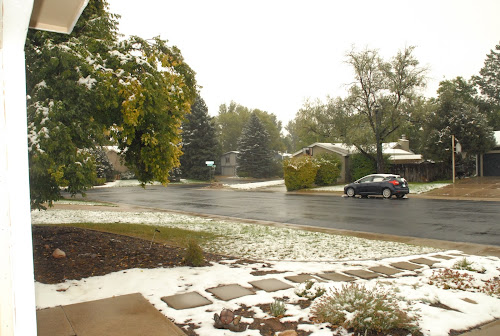 The fire areas of the Cameron Peak fire received 8"~14" of snow, and while it's "banked" the fire for now, the fire departments are saying that it's still plenty hot under the snow, and the 70* weather coming in on Friday, along with the humidity dropping, will allow the fire to continue burning. At least the firefighters got a bit of a break, and are able to mop up several areas that needed it.

We'll just have to watch and see what the weekend brings....