OK, Who Had "Ghost Riders In The Sky" for September?

This is downright spooky. It's High Noon here, and the security light turns on when you walk past it.

This is what it looks like to the South and SW: 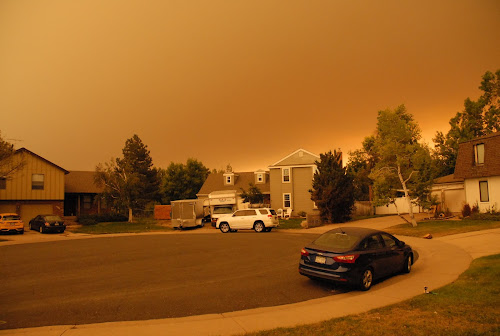 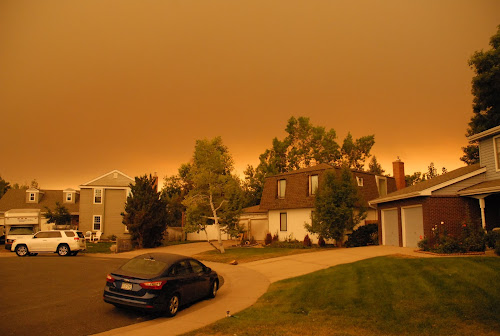 And the color is pretty accurate; a sickly orange-yellow.

I thought the ashfall was heavy yesterday, but look at today: 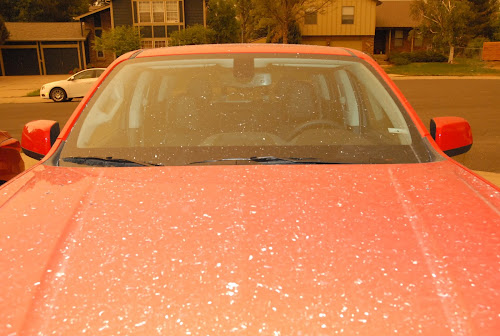 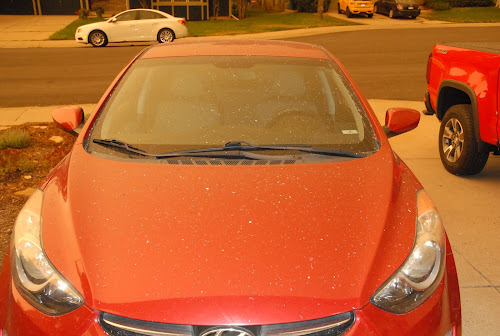 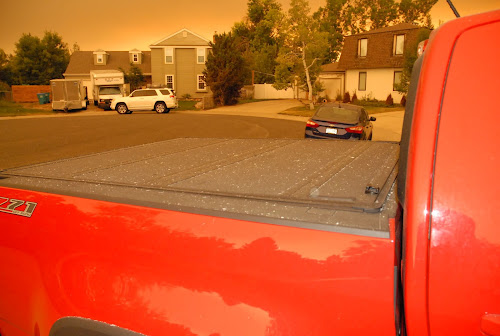 And it's heavy enough to see in the street: 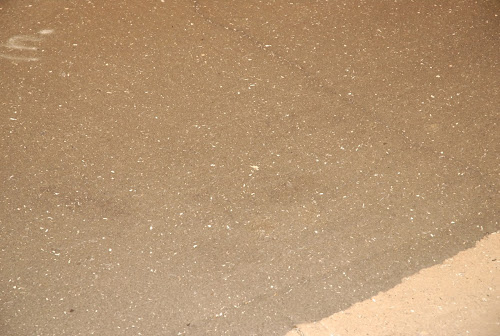 But there's rain, snow, and more rain in the forecast: 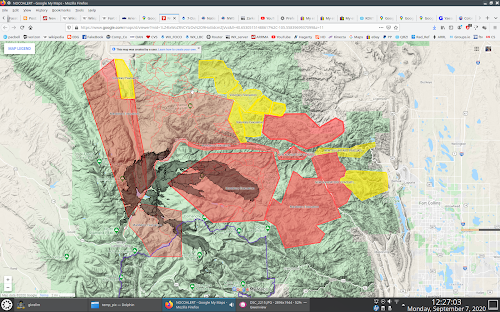 The Easternmost lobe of the fire is now 23 miles away. Yesterday it was 38 miles away. I would expect it to continue expanding and coming closer until it either burns out from lack of fuel, hits the firebreaks they're scrambling to build, or the rain and snow put it out.
SLW heard on the teevee today that it could burn for another month.
One of the other fires West of the Rockies is now the largest fire ever recorded in the state of Colorado.