What's On The Workbench?

Had a couple of "small" projects I knocked out before going into my next "big" project.

The first was the installation of an LED light kit for my Yaesu rotor control head. The OEM incandescent bulb is a non-serviceable part, and one of the cottage-industry Ham guys came up with a  nice little PCB with three white LED's on it. Took about 30 minutes to install it, it's much brighter, and will probably never "burn out".

The second project was rebuilding my #2 Drake MS-4 speaker with AC4 power supply. The original speaker is old and dried-out, and the electrolytic capacitors and rectifier diodes in the power supply are old tech, and better modern components are available. 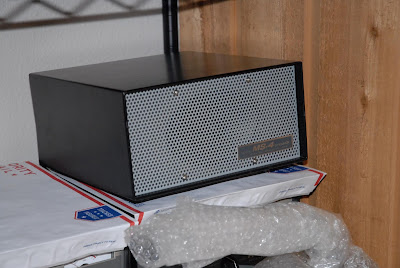 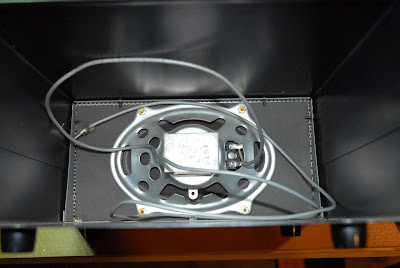 In the same space, you can now have capacitors with higher voltage ratings (good for reliability), and more capacitance (better filtering), with a higher temperature rating (better reliability again), and better manufacturing processes. The rectifiers also have higher voltage and current ratings, and their surge capability is far higher than the old type rectifiers the supply was manufactured with. And all the new components mount on a convenient PC Board. 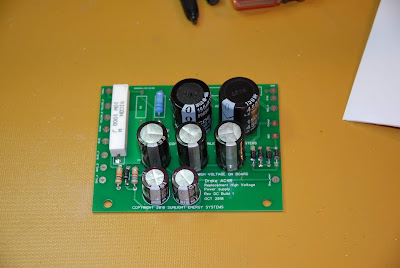 The supply looked like it got into a bar fight at some point in it's life, but since this is an aluminum cover, I should be able to make most of the dents go away. 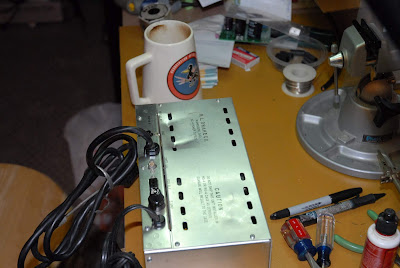 Pretty clean inside, though.... 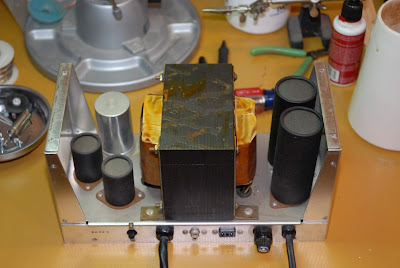 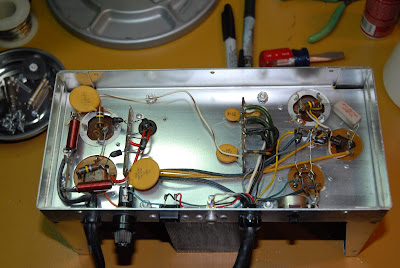 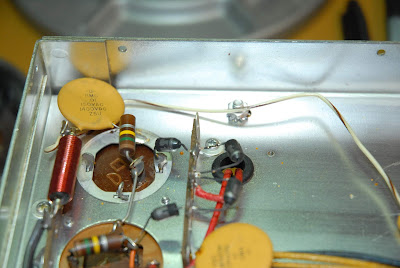 So most of the old capacitors, and all of the rectifiers get removed. The two big can capacitors were left on 'for looks'. 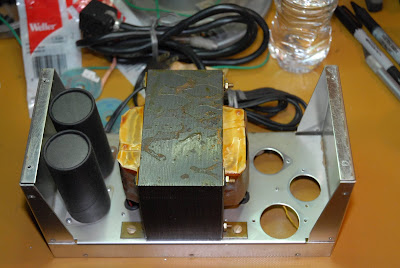 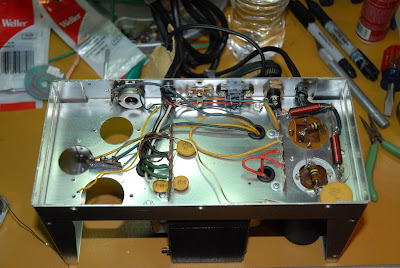 Then the new PCB gets mounted, wired in, and a couple of cable ties added to keep the wiring neat. 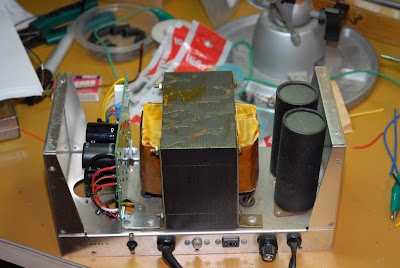 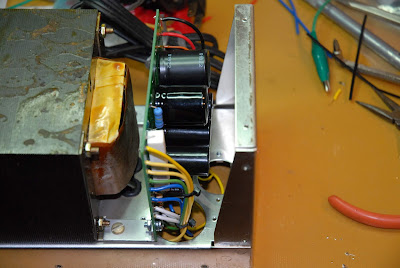 And the speaker gets replaced..... 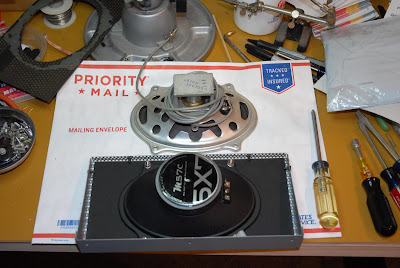 So bolt it all back together, and put it back on the shelf next to the one I did a few weeks ago. 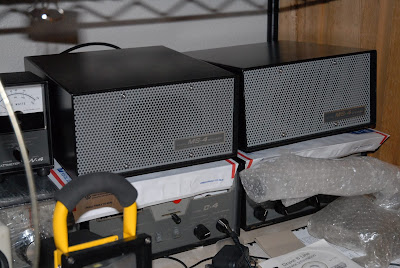 Next up on the project list.....my Heathkit AR-15, soon (actually already is) to be On The Bench. 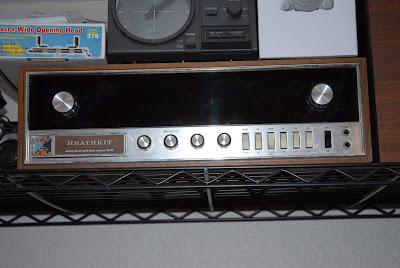