Down Working In The Dungeon

Which is what I prefer to call the basement. Now that I have the temperature of all three rooms 'down there' stabilized at 70*, it doesn't feel nearly as creepy down there as it used to. There were times before when I felt just a general "strangeness" down there, and in 67 orbits of the Sun I've learned to take those feelings somewhat seriously.

ANYWHOO.......I set up two cheep wood doors from Home Depot on four cheep plastic saw horses from Harbor Freight so I could have some work area to sort, clean, and pack things going out the door during The Great Patriotic eBay Purge.

I also wanted a place to unroll an anti-static mat and set up my soldering and desoldering stations so I could work on some projects down there when it's too cold in the garage. 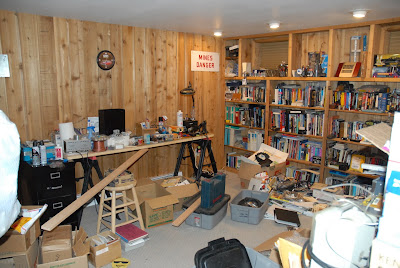 Most of those cardboard boxes are empty and waiting to be dragged upstairs, cut down, and recycled. The corrugated cardboard and aluminum can business pays for all the other recycling programs in Fort Collins, so I have no problem taking "#1, Grade A Clean" corrugated cardboard directly to the nearby recycling place so they get it in good, saleable condition.

Some recycling makes perfect sense to me, and some not so much. I'll go along with this because "it works".

SO......my soldering iron turned up a few days ago, a week after I ordered a new replacement of the exact same type. The old one goes on Garage Duty, and the new one is set up with my vacuum solder sucker. 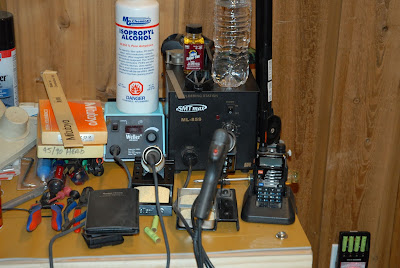 And my beloved PK-900 Packet Radio Modem with DSP showed up. It was in a box of spare parts for my Drake TR-270 VHF/UHF Transceiver, quite literally the last place I looked. 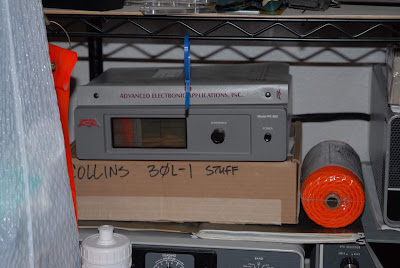 This is the bedroom of the downstairs suite, being used as storage. The PK-900 was in the very last unopened box of "Jim's Stuff" we brought with us which was stored here, under a dead printer.

Well over half of what was in here has been removed. 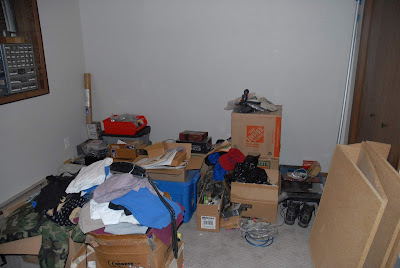 I'm even using the "egress window" sill to store things. 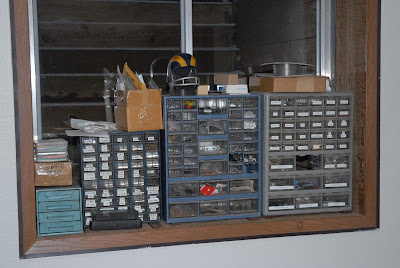 My little plastic cabinets took some serious hits on the move out here, so I'll be replacing them. I'm also going to buy some stackable bins to store the fiftyPLUS pounds of coaxial connectors and adapters I own. I quite literally have a "lifetime supply" of silver/teflon PL-259 connectors, along with the silver plated adapters to properly use them with RG-58 and RG-59/RG-8X coax.

That's going to be a big project by itself, but at least I now have 95% of my connectors in one set of cardboard boxes, all in the same area.

And I've been sorting cables. I have THREE of the "large" size U-Haul boxes full of cables. I went through one last night, and separated the cables into power, audio/video, USB, data, and networking piles. They'll get reboxed and stored later.

These are the power cords fro one of the big boxes. 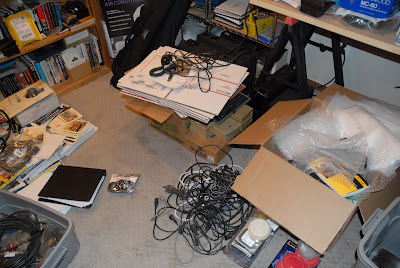 And I'm finishing up a project on the "workbench". I'm rebuilding a Drake MS-4 speaker, with a new speaker, cable, and the correct the mounting feet. 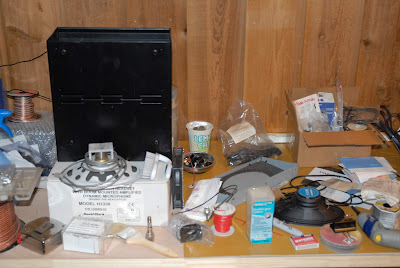 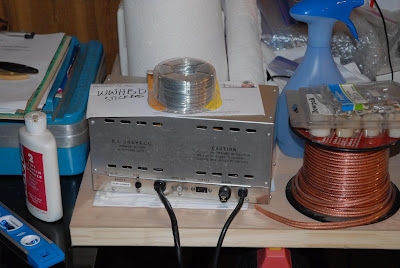 This supply has an upgrade kit with current technology rectifiers, capacitors, and resistors on a printed circuit board in it, and should be good for another 50 years.

Then it can go back on the "Drake Shelf" while I take on the one sitting there and give it the same treatment. 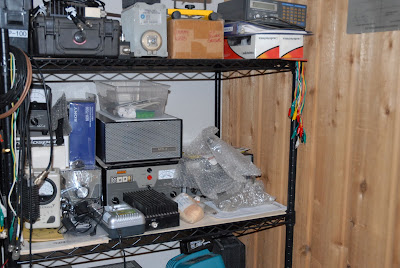 And I'm doing some repair in the "wife's bathroom" upstairs. See the two holes in the wall under the pictures? 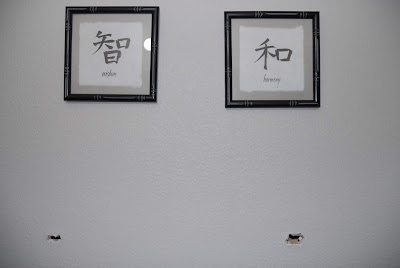 She'd been complaining the towel rack mounted there kept coming loose, and when I took it down to replace the drywall anchors, Previous Owner Syndrome showed up again. 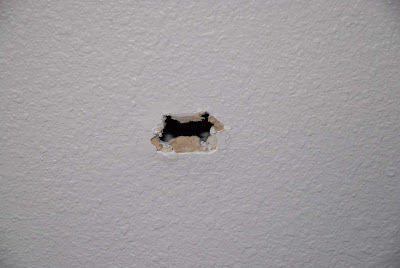 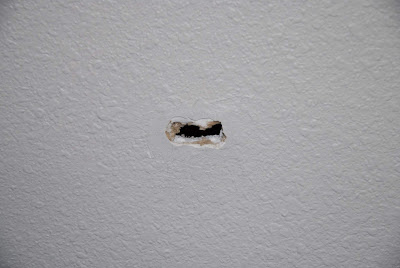 BOTH of the places where the towel rack anchors were "attached" to wall were almost 100% Spackle, with some fragments of drywall left from the three or four other attempted repairs. Both chunks fell out, and into the wall, as soon as I tried to grab them.

So I bought a nice finished oak board, and I'm going to anchor it to the studs, covering the holes in the wall, and mount the towel rack to the pretty oak board.
at December 06, 2018