What A Difference A Day (or two...) Makes

Don't worry, I won't 'entertain' you by singing.

"Lake Long Beach" has sunk back into the Earth, leaving only very minor inconveniences behind.

The wind had knocked the vent stack for the water heater loose, so I had to get the ladder out of the garage, climb yp there, and put it back together. Our across the street plumber friend had knocked the mountings around when he installed our new water heater last summer, and it was just a matter of time before Mother Nature moved it around some more.

This resulted in two things happening. First, when the wind blew, the open end of the stack resonated like a large organ pipe with a rather disturbing thrumming sound, and second, when the gas burner fired up, it sounded somewhat akin to an F-4 Phantom lighting up in the driveway.

The blowing wind sound really bugged my wife, and the jet engine noise bugged her even more, to the point where she stated saying "Oh My God....IT'S GOING TO EXPLODE!".

So up I went to rectify the damage.

And we really ducked a bullet as far as water incursion goes. I had two boxes of "stuff" that got wet. One has a large, heavy Rohn "Non Penetrating Roof Mount" antenna base that was surplus from my wireless service provider days, and the other had some cleaning/waxing supplies in it.

The Rohn box had maybe 1/2" of "water damage" to it, and got securely taped up today, and the other box went into the recycle bin after I moved the items in it to another box. 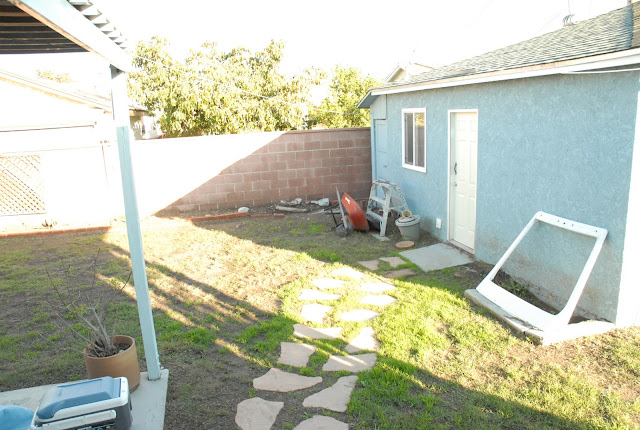 And the grass is going to grow like crazy over the next few weeks!
Posted by drjim at 6:34 PM