A Few Pictures From Thanksgiving Day

These are from when we went to pick up the kids.

Their little house is actually in Bellvue, Colorado, very close to Laporte, which is where we're looking for houses.

My stepson greeting my wife: 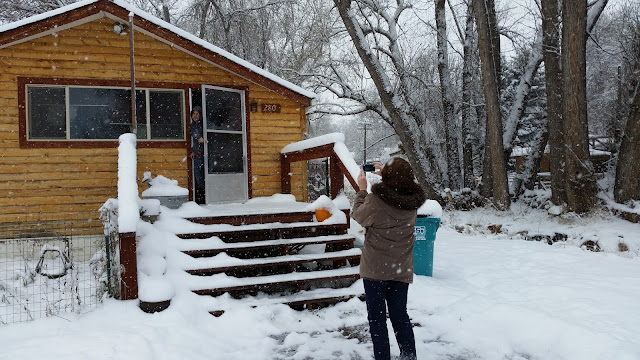 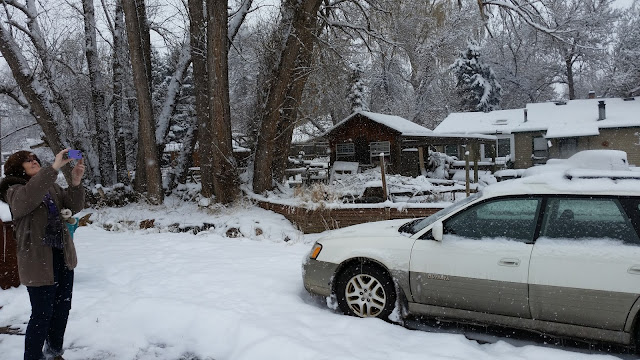 Our rental car, which required a jump start here. No idea why the battery appeared dead. When I started it again up in Cheyenne, the Ford "Sync" screen appeared on the previously dead entertainment center, and announced "Performing required system maintenance".
The car's been OK since then. 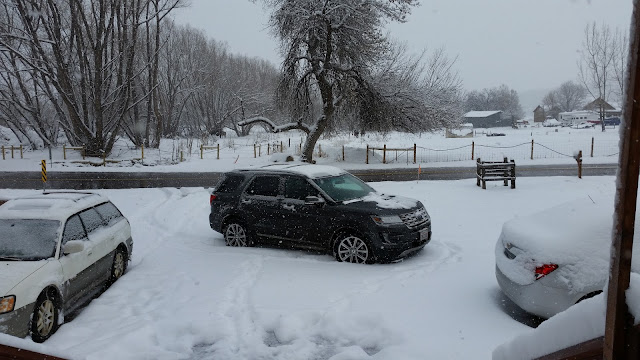 Looking out to the East: 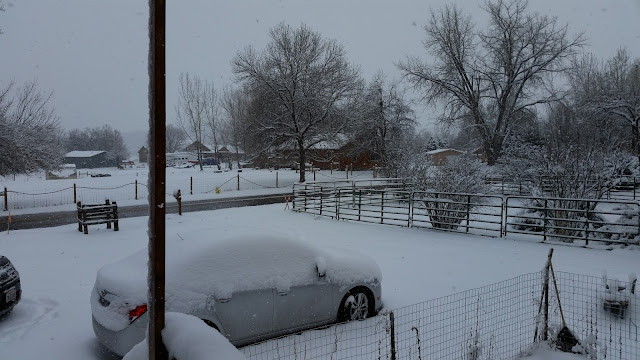 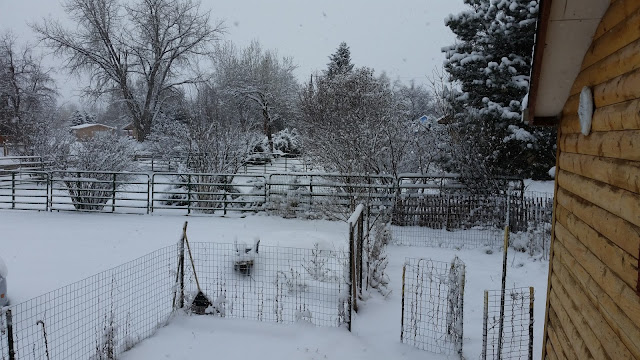 Neighbor's house on the North: 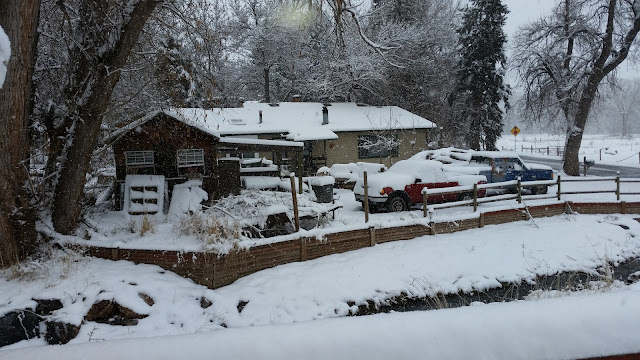 So far we've had a great time. It was good to see our future in-laws again, and catch up with thwm on what's been going on here.
Posted by drjim at 10:40 AM