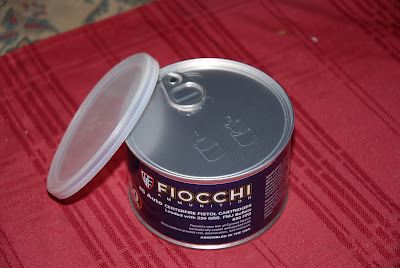 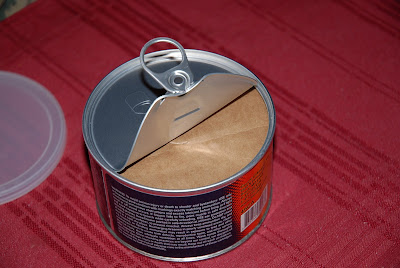 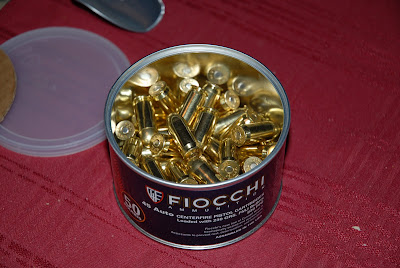 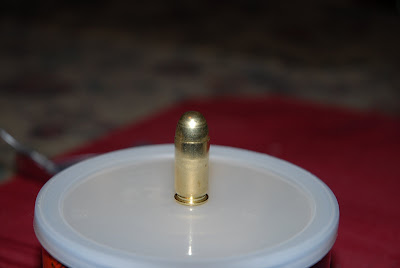 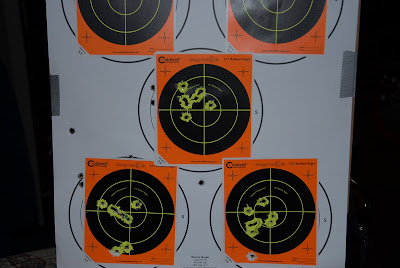 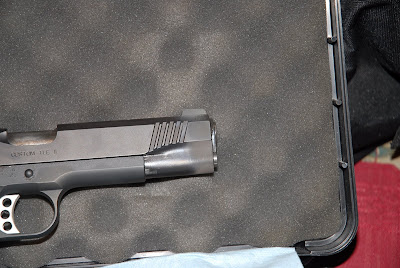 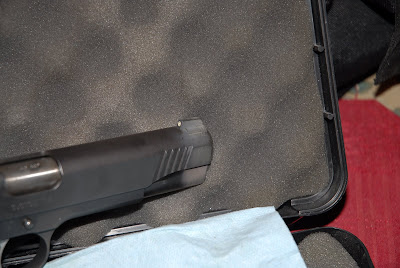 Steven over at BulkAmmo.com was kind enough to send me a can of Fiocchi "Canned Heat" ammo for a review/range test.
Not being an "Authorized Journalist", or a well-known 'Competition Shooter', I'm not sure why he chose me to do this, but hey, FREE AMMO!
And although I've bought a lot of stuff from them in the past, the only compensation I'm getting out of this is the 50 round can of 45ACP they sent me.
The packaging is pretty clever (my wife pronounced it as "cute"), and it's supposed to be hermetically sealed. Sure enough when I popped the lid, it hissed at me just like a big tub of Planter's Peanuts, so I assume the seal was intact. One of the things I noticed when I unpacked it from the shipping box is that all the rounds were loose in the can, and they made some rattling noises.
Still, the rounds looked good after I took one out and examined it.
The bullets have a much more brass look to them than the Winchester "White Box" ammo I normally shoot, so I'm not sure what the jackets are made from. I've shot Fiocchi ammo before, and the bullets had the same brass-look to them, so I guess that's just the alloy they use for the jacket.
So, packing up my "Canned Heat" along with some White Box, I headed out to the range. I haven't been pistol shooting for over a month (me bad!), and I knew I'd need some warming up before I could see how well the Fiocchi shot compared to the White Box.
It took me 4 magazines before I was reliably "in the black" at 10 yards! Yep, it's a perishable skill, and I keep saying I should get out more! Still, even the first few shots were well within the "dinner plate" area the NRA says makes you 'good enough' for home defense, but I know I'm better than that.
After I'd loosened up a bit, I wiped my Kimber 1911 down, and loaded the magazines with the Fiocchi ammo.
It shoots just fine, and at 10 yards the accuracy was as good as the White Box stuff. Recoil and report are about the same, and every round fed OK.
No 'flyers' at all, but I did have a couple of failure-to-eject rounds that I'll write off as being caused by my less than clean Kimber.
The other thing I noticed, and I've seen it before shooting Fiocchi, is that it tends to "dirty up" the gun a bit more than some of the other ammo I've fired.
Not bad like one other brand I tried once, but it definitely gets the muzzle end sooty.
The pictures I took are from opening the can at home, to showing the sooty muzzle on my Kimber.
All in all it's decent ammo, and has the advantage of being packed in something better than a cardboard box, which might be important to you if you need to stash a bunch somewhere that has less than adequate climate control.
For long term storage I think I'd still put it in a big Zip Loc bag, as the can is made from cardboard, and night not take kindly to getting soaked.
Thanks again to Steven at BulkAmmo.com for providing me with some FREE AMMO!
Posted by drjim at 4:53 PM