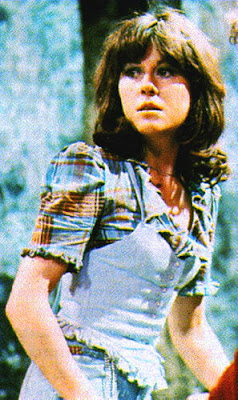 Back in an earlier life, I was a huge "Doctor Who" fan. Particularly The Fourth Doctor, played by Tom Baker. I tremendously enjoyed watching the escapades of the Doctor and his "companions" like Leela, Romana, and of course, K9, but my all time favorite was his companion Sarah Jane Smith.
Man, did I have a crush on her, or what!
And when she guest-starred in the "School Reunion" episode with The Tenth Doctor, it all came roaring back to me.
Sarah Jane had aged very gracefully, better than I had, and her acting was as good as I remembered it.
So anyway, as I stopped by the Wikipedia site today at lunch time, I noticed the featured article was about the episode called "Doomsday", which was the one where the Tenth Doctor said goodbye to his current companion, Rose Tyler. As I poked around the various Doctor Who episodes, I decided to check out Elisabeth Sladen, the actress who played Sarah Jane, and was saddened (bummed, really) to see she had passed away on April 19th of this year.
God Bless, Sarah Jane. Doctor Who was a better series because of you, and I'll certainly miss you.
Posted by drjim at 9:21 PM