Hip-Hip....HOORAY! We're finally getting the infamous "South 40" gate replaced after 5 years of struggling with it. 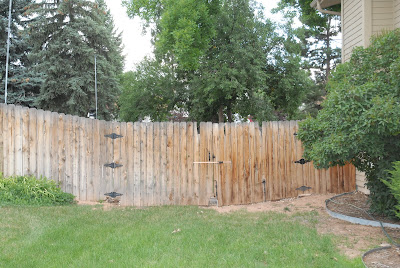 This thing was a Charlie Foxtrot from the get-go. It wound up being double the original "verbally quoted" price, but we were in a bind as the fence had to be down for the bucket truck to get in there and remove the dead cedarwood tree. When that was done, I thought it would be a good idea to have the single walk-through gate replaced with a double gate that would allow a big truck back there to erect the planned tower. The doofus made the gate plenty wide (14', cuz that's what he remembered as the width of a county road), but never built it strong enough. The seven foot wide gate panels were hung with "Home Depot Quality" hardware, and the lags would loosen up, causing the gates to sag. 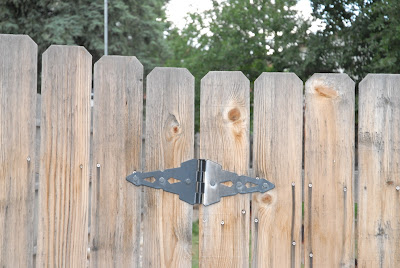 Eventually, the holes got elongated so much that even the "toothpicks-and-glue" trick wouldn't work. He also built the gates to the grade, rather than properly grading it and having a "straight" bottom.

The new gates will be anchored with 6x6 cedar posts rather than the standard 4x4, and be of metal construction with wheels on the bottom, with cedar pickets mounted to it. Kind of like what I've always called a "corral gate" or a "stock gate", which is what I wanted in the first place. So, there will be some proper grading and landscaping done to allow the gates to properly work.

BUT....starting tomorrow, he'll be working on the North fence panel, which will be moved towards the street about 9', and turned into a gate for easy backyard access from that side of the house.

View from the street: 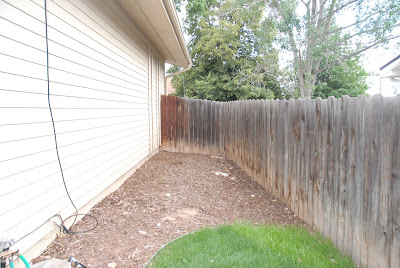 And from the backside: 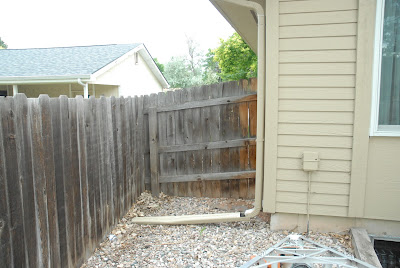 All the mulch in the front is wasted space, so moving the panel towards the street and making it a gate will free up space in the back to put in a small garden shed to keep the gardening tools in. As it is now, with the tools stored in the garage, you either have to walk the tools through the house, and out the sunroom/radio area, *OR*, fight with the gate to get it open, and then fight to secure it closed so Pebbles can't make a break for it.

SO.......since he'll be here tomorrow digging holes and planting poles, I'm going to have him install the two 4x4 8' long posts I've had in the garage "since forever". 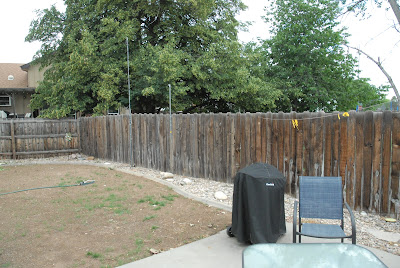 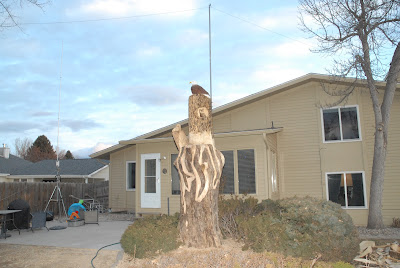