Yesterday when Both TLG MkI* and TLG MkII were over, the MkI was out with Grandma, and the MkII was with me. I'd been holding both his hands and walking him around, but he still needed assistance. He was standing at the entrance to the sunroom, holding on to the door jamb, when he heard Grandma and MkI come in. He turned to their voices, and let go of the doorjamb, and took two full steps, before he realized he didn't know what he was doing, and promptly made a graceful landing on his rear end. Sat down, actually.

Then he turned back towards me and let out big giggle. Just amazing to watch another little human develop.

Here's the posts and pickets for the fence part of the new North gate. Yes, it's a small gate.: 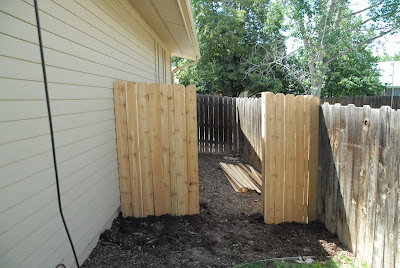 Some weird sorcery of light sources and shadows altered the perspective, making it appear to be crooked/misaligned. Trust me...it's STRAIGHT!

Here's the South gate, with the old gate panels temporarily screwed into place so Pebbles can't slip the surly bonds of the backyard. 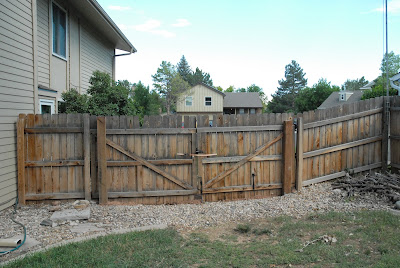 Quite a difference in anchor posts, eh? 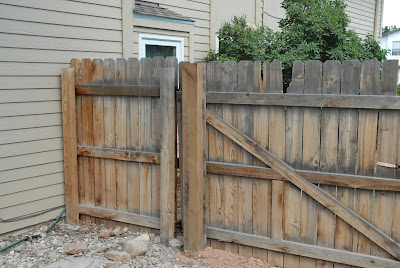 And over on the other side of the backyard, we have two new antenna support posts installed. I'll layout the pilot holes I have to drill after the concrete cures. 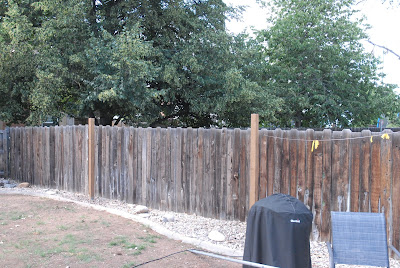 Sited exactly where I wanted them: 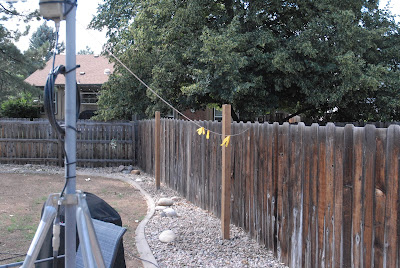 This will get rid of the clutter of tripods, masts, guy lines, deadweight anchors, and coax that currently clog the patio area.

Hope y'all have a pleasant weekend, and be safe out there!

* "TLG" is "The Little Guy", our first grandson. When the second one came along I decided that rather than have two, separate, cumbersome acronyms, I'd just keep one, and designate them as "MkI" and "MkII" for convenience