And it's SIXTY-EIGHT degrees here today!

Been scouting out big parking lots here with Google Maps so I can find a long enough straight to let the Limitless R/C car stretch her legs. The parking lot we shot the video in has a maximum usable distance of about 250', which is about 1/3 the distance I need, and about 1/4 the distance I'd like. The car spends most of the first 100' scratching for traction as it accelerates, and then I have to get on the brakes 100% to slow it down enough to turn as it approaches the end of the lot. 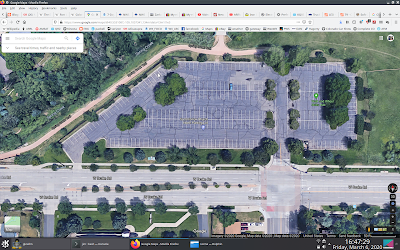 The biggest parking lot that's fairly close to me is at the Community College, so I'll have to drive down there on the weekend to see if the lot is open, and how many cars are parked there. 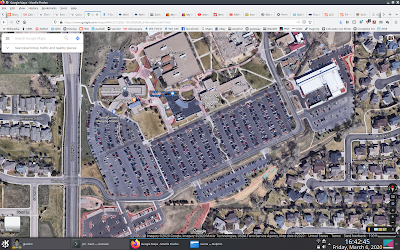 Up to the Northwest, on the way to Laporte, there's an airfield used by the Colorado National Guard, or at least it was at some time, called "Christman Field". You can read the history of Christman Field here, about 1/3 of the way down the page. It's also the site of the CSU Motorsport Engineering Research Center ("MERC"), which I've been looking into. This is another location I'll have to scout to see if there's any "public" access to it, and to see if it's posted "Keep Out" or "No Trespassing". This is a paved, 4000' strip that looks to be usable from the Google Map (actually USGS) images. 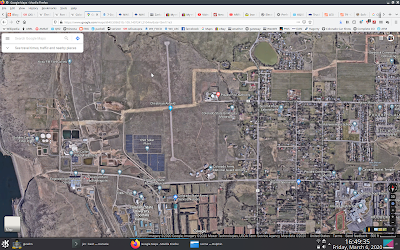 And then there's the now closed Fort Collins airport. 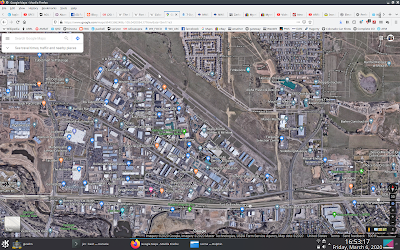 Close looking at the images show the runways to be blocked in places with stacks of tires. 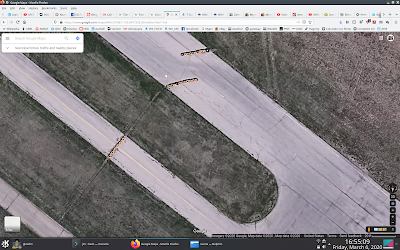 And further down the runway is a large section of removed runway, and other cuts or barriers to the upper left. 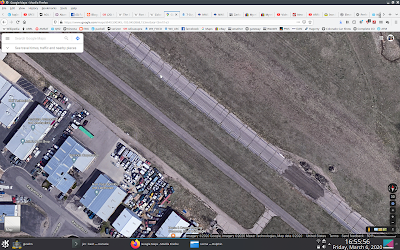 They did a number on the main runway, BUT the taxiways still have some quite long uncut straights.

I'll have to talk to the guys at the eTeam Hobbyplex again to see if I'd get run off or cited for trespassing if I tried to do a run there.

The hip seems to be responding to 200mg of Naproxen three times a day, along with the pain killer "As Required". My consultation with the Orthopedic Doctor went through, and I'm seeing him next Friday. It should have been sooner, but somehow they had a wrong phone number for me. The Ortho people contacted my Doctor, who contacted me, adding about a week to getting the referral set up. I don't know if the PT exercises I'm doing are helping any, but they give me something else to do when I'm not messing around with Ham Radio or model cars.

So I'll go do some scouting on Saturday to see how full the college lot is, and if there's access to it, and then head up to check out Christman Field. I have no intentions of trying to get an organized "Speed Run" event going, but I'd sure like a surface long enough to let this thing rip!
Posted by drjim at 4:06 PM