Busy Day for Radio on the Iowa

Today was the Scout "Jamboree On The Air", or JOTA.

In years past we've had 100 to 150 Scouts come aboard to yak on the radio, and have had up to six stations in operation.

Not sure what's going on, but one of the other guys checked around, and attendance at all the SoCal JOTA events was waaay down this year.

So, we got to spend some extra time with the Scouts, and show them more things than we normally do. I gave them a tour of the receiver and switchboards area, and then fired up one of the Model 28 teletype machines, and ran some test tapes so they could watch it print.

I wound up running the tapes ten times, so each Scout could have their own hard copy to take home, along with their souvenir NI6BB card: 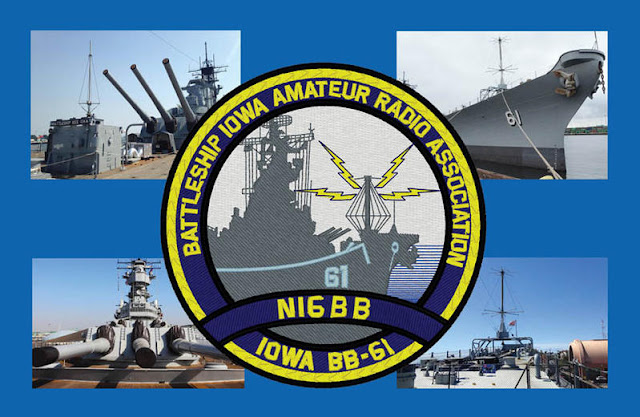 After they were gone, I checked out two new members on our Ham Radio equipment so they can come in and operate on their ow. Out of the 50 members we have on the roster, maybe 5~7 are active and come in regularly, so having two more people who want to come operate will be good.

Sunday I'm getting a haircut and beard trim in the Iowa's barbershop. One of the Old Skool barbershops in San Pedro has their barbers come in several times a year to offer up haircuts in return for a $20 donation to the ship. I had mine cut the last time they were here, and since I ned a haircut again, I'll go down to the ship and make use of the service.

We also have shore power fully functional now, and that happened right around Fleet Week. I was too busy bashing away on the Supra to report it, but it's soooo nice to not have the huge generator hammering away next to the ship. We were able to get almost all of the equipment and labor donated, so what would have been a five MILLION dollar project wound up costing us about $300k.

Thanks to our donors, and well done to all who made it possible!

We also have another acquisition, a 1950's Piasecki "HUP Retriever" helicopter. 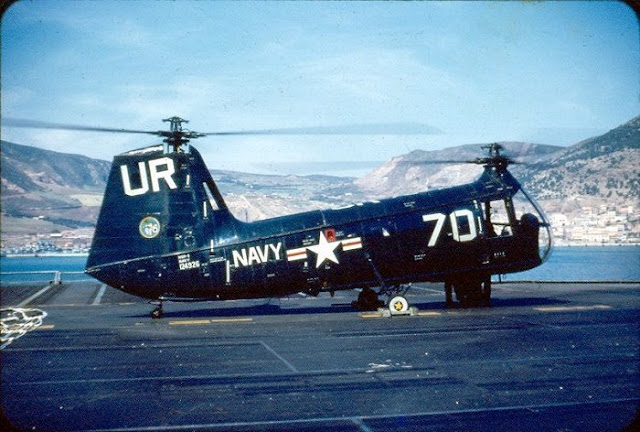 We were able to purchase this for under "market value", and after it arrives Sunday morning, it will sit at the ship until it get transported to Torrance airport where a volunteer group will restore it.

There are very few of these left, and from what I've been told, this one is in better condition, and came with more spares, that we originally though. I've heard a couple of people say there's enough stuff to get it airworthy, although I don't think the restoration will go that far.