We've been working on getting all the HF-capable antennas on the Iowa sorted out, and hand-over-hand tracing coaxial cables around the ship.

We were able to get the autocoupler for the portside transmitting antenna hauled out of the transmitter room and mounted at the base of the whip, and as soon as we can figure out *where* the coax goes to, we'll do some low power testing with one of the original tarnsmitters.

In the picture below you can see the mounting rails for the autocoupler: 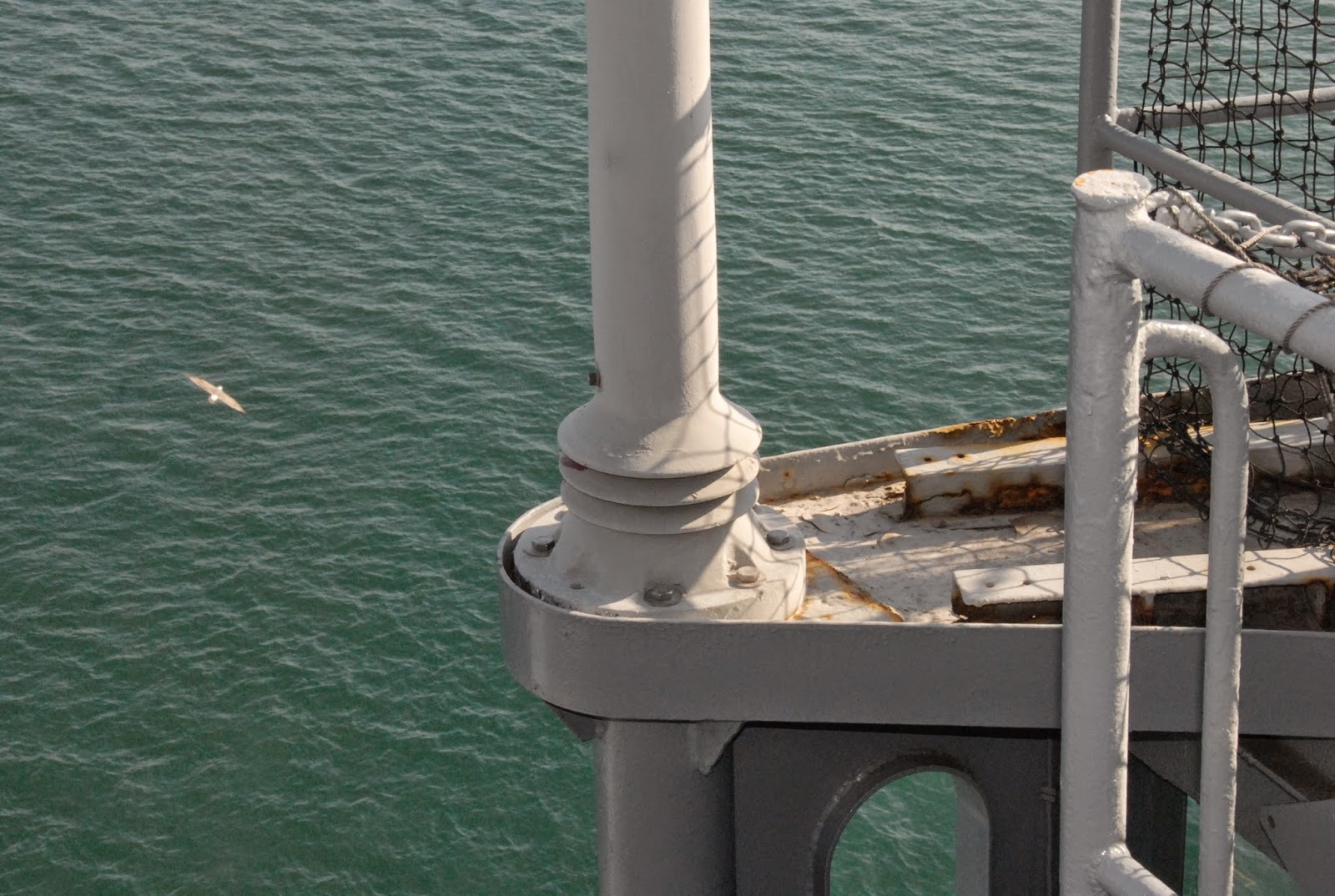 And with this shot from below the antenna, you can see the red insulating base, indicating it was a transmitting antenna: 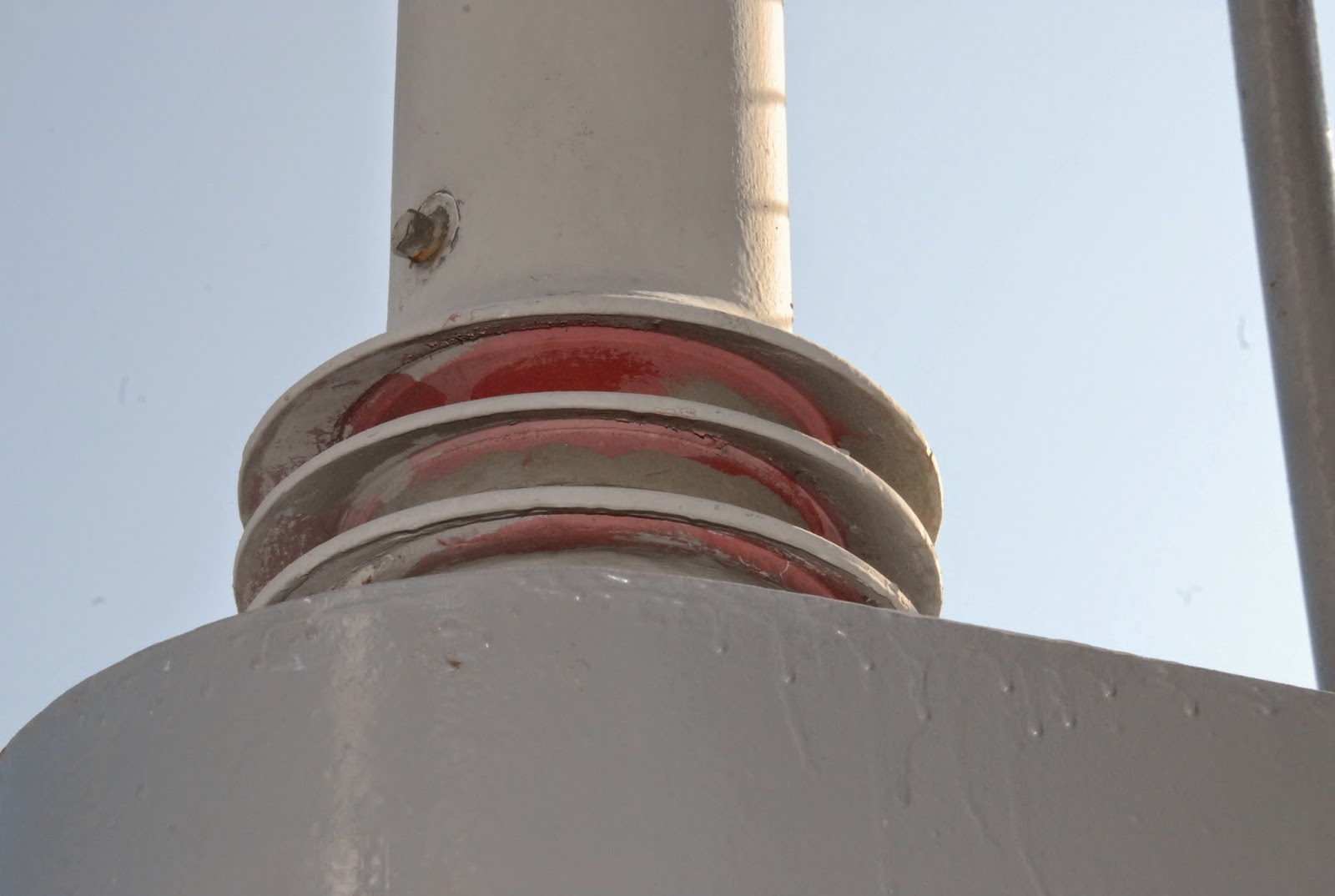 And the starboard side whip has a blue base, indicating it was receive-only: 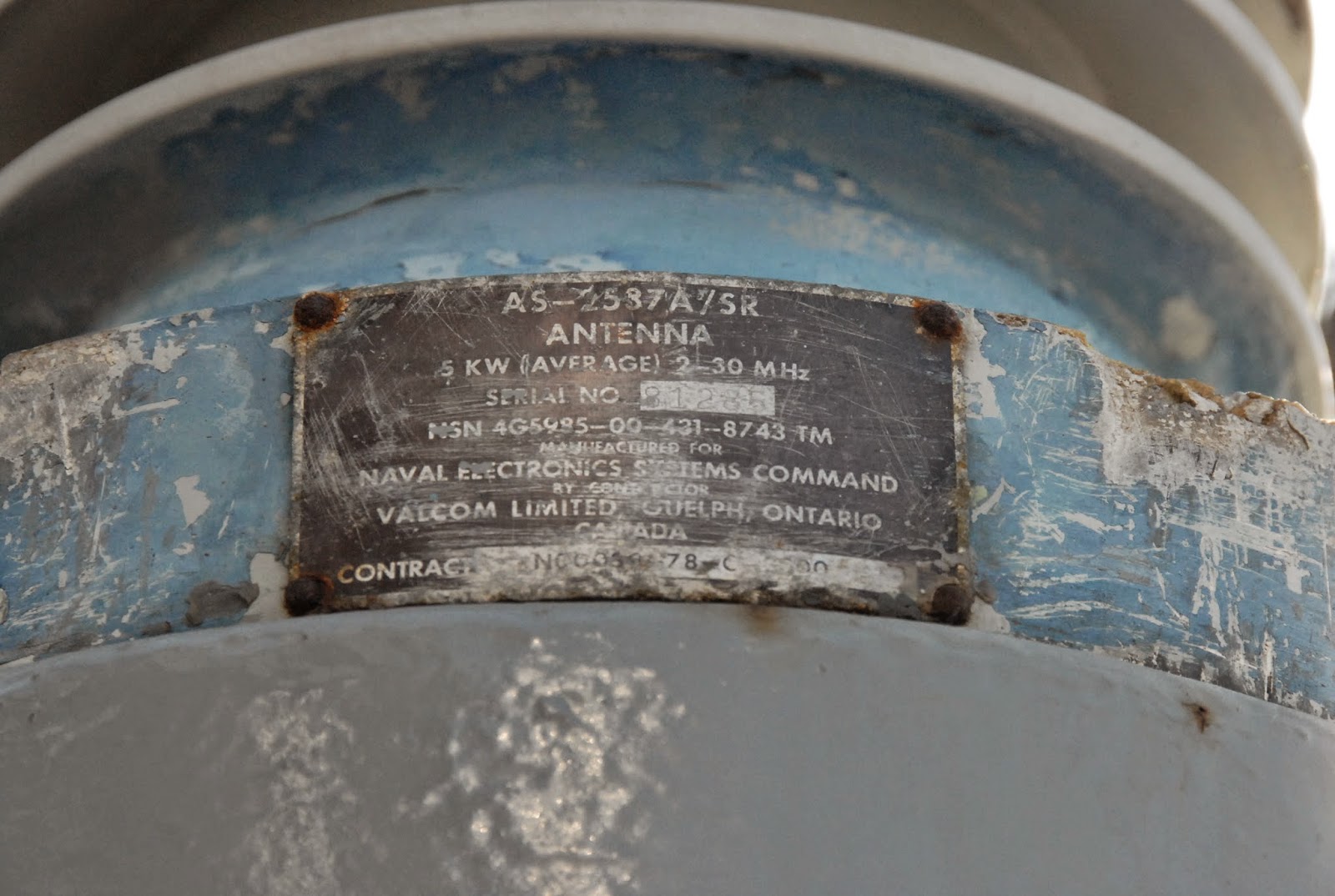 The cable for the starboard whip runs into a room off the flag bridge, where it was hooked to a receiver that we're told was used by the "spooks" for various signal interception duties.

Unfortunately, the Heliax cable feeding this one has broken from being repeatedly bent back and forth, so that's another "Let Jim fix it" item in the job jar!
Posted by drjim at 10:41 PM