Easter Brunch On The Battleship Iowa

Well, my jaw has recovered 90% or better, and no signs of swelling, so the wife and I went down to the Iowa for the Sunday Easter brunch.

The food was catered by the San Pedro Brewing Company, and was typical breakfast fare, with eggs, potatoes, sausage, BACON!, and a lot of other items, and it was quite good.

After eating, we took the self-guided tour again, and saw some of the areas that have been cleaned up and open to the public since we first took the tour before the ship was opened.

And we saw the Plank Owner's wall, with the teak plate inscribed to the memory of my father, who served in the Sea Bees from 1941 through 1945.

One of the really neat things the restoration crews found was in the Officer's Wardroom.

As they were cleaning off some peeling paint, they found a beautiful map, hand painted on the wall, of the South Pacific Theater of War.

It was very similar to the map on Wikipedia, reproduced below, but was painted in differnt colors, and had much more detail. 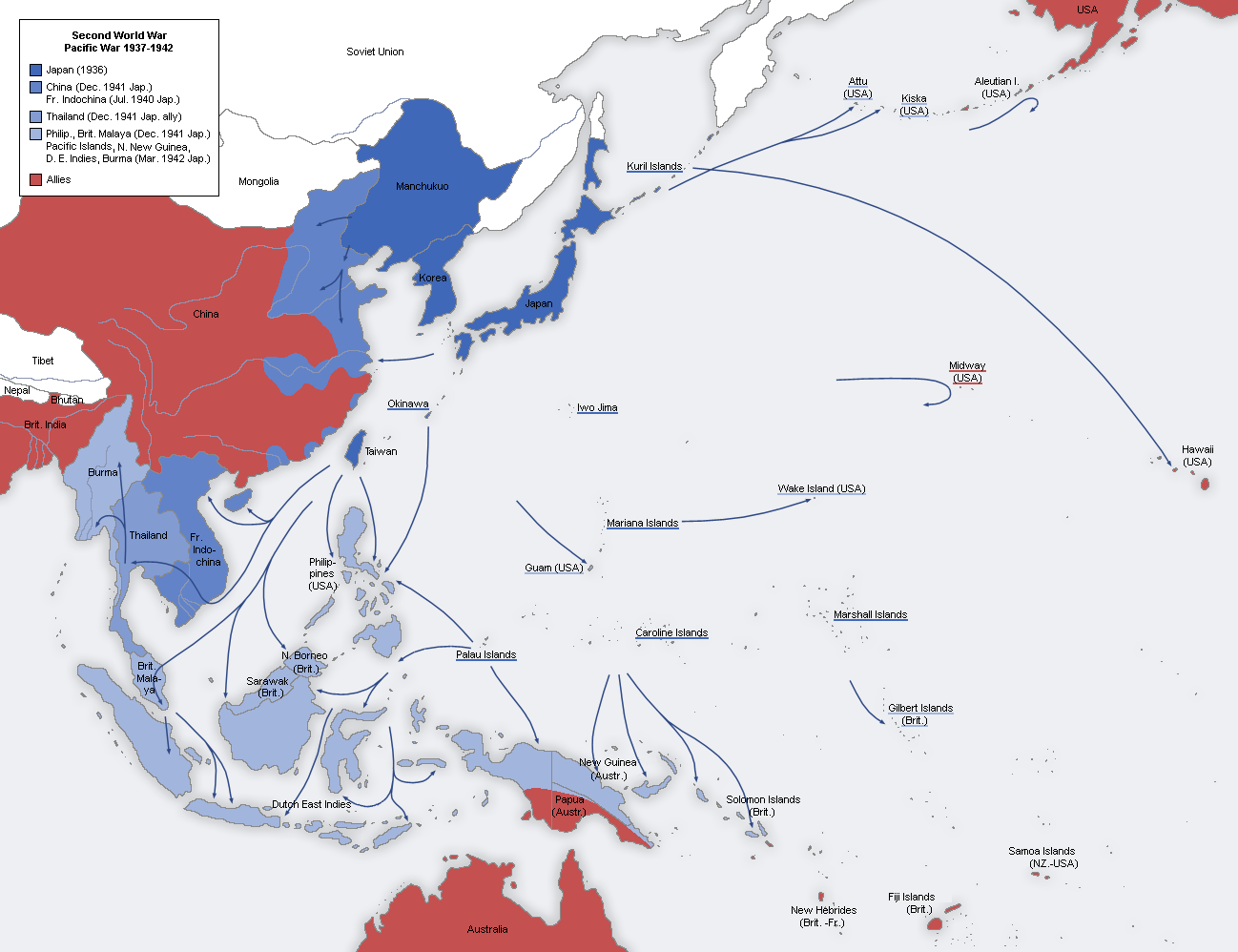 Since they can't find any photos of this map in their extensive archives, it's still a mystery as to when it was painted, and who painted it.

My wife was very surprised that I could point out all of the places my Dad had been to, and frankly, I was too. He was like a lot of our Veterans, in that once their job was finished, he came home, and didn't care to talk about it much. Sometimes he'd start to talk, and just when it was getting very interesting, and I'd ask some questions, he'd clam up. But seeing that map, with names of places in use at the time, brought the memories flooding back to me.