Just been too doggone busy to take pictures of it and then post them.

Materials are on hand to properly connect the new heater to the power circuit, and that will be done once the workbench is built out. The garage workbench may or may not get built at the same time. They'll be very similar in construction, and if the carpenter is looking for work, he might cut me a deal on a "two at once" project. I'm also surfing the web collecting pictures of what other Hams have built as custom operating desks / station consoles, and when I find a bunch I like, I'll go over them with the carpenter and we'll design something sturdy, easy to build, with plenty of access to the rear of the equipment for cable runs, etc.

Still examining how the doofus slammed the ventilator fan into the ceiling in the wife's bathroom. Looks like I'll have to carefully unbend all the mangled metal, pull out what I can, and see what I can build out of the pile of junk that comes out of there. Probably wind up buying another complete fan unit so I can piece together something that works.

Wife likes "her" redone bathroom other than the fan grille not sitting straight and flush.... 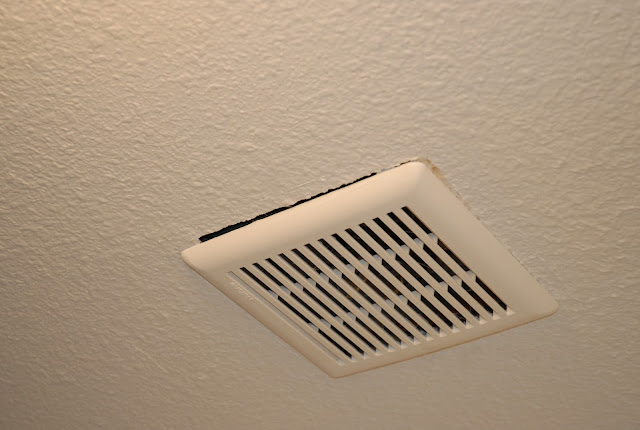 Popping the cover off shows what a bash job they did: 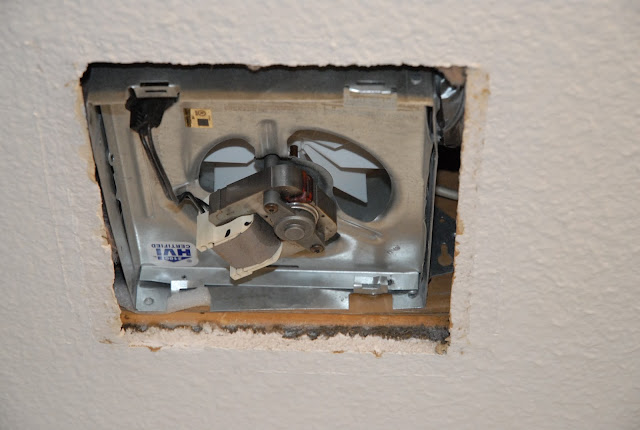 This is typical of most everything the previous owners, or their agents, touched or tried to "upgrade".


We have a dozen or so of these expert spackle jobs all over the house: 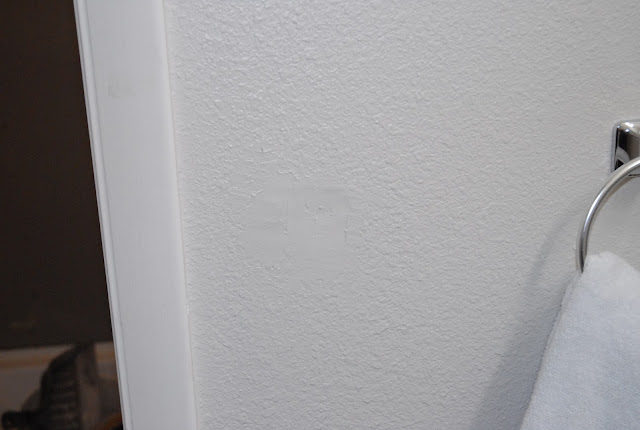 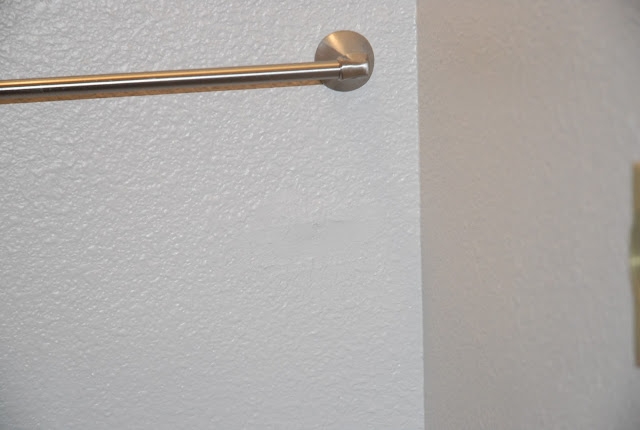 Instead of using the minimum amount of spackle, they troweled it on with a putty knife and spread it around, making no attempt to repair the texture coat before painting over it.

But we got a lighted water stream in my bathroom sink: 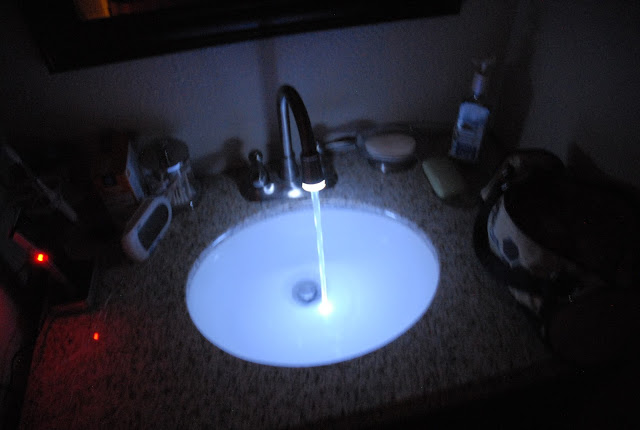 What were they thinking?


Still cleaning up the downstairs storage area, a.k.a. "The Bunker". I'm calling it that because three walls of it are the poured concrete foundation of the house, and it's tucked back into a corner of the foundation such that it would be a pretty safe place to ride out really bad weather.

Finally bought all the replacement hardware to repair the two sets of "Bi-Fold Closet Doors" that are sitting on the floor of the downstairs bedroom. They were stashed in The Bunker, and I figured out what they were for during one of the FIVE trips we made here with our agent. That will free up the floor space where the doors are laying, and get them back where they belong, making the room look more finished, and giving me more room to store stuff there.

And I'm proud to say ALL the damn curtain rods my wife wanted hung are hung, and the curtains are on them. And I replaced the broken bottom door guide assembly at the bottom of the sliding closet doors in the grandson's room, along with bolting all the covers on the baseboard heater in that room.

And finally, the garage is looking like, well.....a GARAGE after serving as a staging area / storage facility for the last 75 days. The fourth storage rack has been built and loaded with things, and the tower is scheduled to get pulled out of there tomorrow, along with the Davis weather station on the tripod. As of tomorrow we could fit both the wife's little Elantra AND the Supra in the garage, and still have plenty of room to move around and sort the items still remaining in the garage. I'm just going to load everything on "my" side of the garage so we have plenty of room to do a "Fit Check" to see where the best place is to park her car. She's never lived in a place where she can park her car inside, and her backing-up skills aren't the best, so I'm going to make her target such that the car will come straight into to garage, and stop short, with the rear bumper a foot or so from the roll-up door. Then as she gets proficient in using a garage, we can move the target inside further. She's scraped the side of her car a couple of times when backing up, but it was always in a parking lot. This time if she scrapes the side of the car, it will be against the new tracks for the garage door, meaning not only a trip to the body shop, but some roll-up door repair, too.....