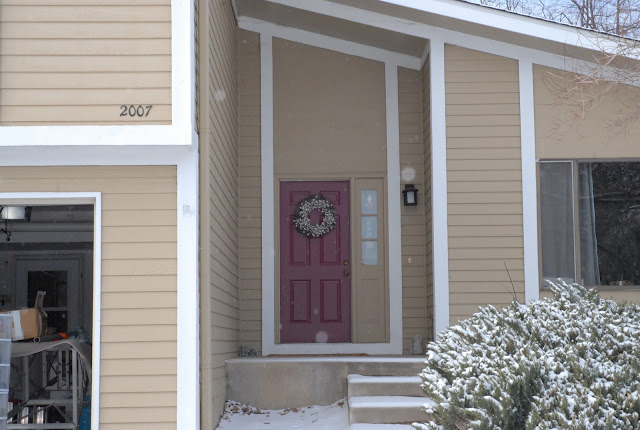 First off, Merry Christmas to all!

I must have been a very good boy last year to have warranted a present as nice as living in Colorado is turning out to be.

Christmas Day we'll be at our Daughter-In-Laws brother's house for dinner in the early afternoon. This is another rural property, but quite different in character than her parent's place up at 7500'. This place is set up for ranching, and is about 40 acres of nice, flat land well North and East of Fort Collins, literally on the edge of The Great Plains. At one time it was an active ranch, and then it wasn't. Don't know the story on the property, but I'm sure I'll enjoy the location!

Update on the Weather Station - The company is aware of the solar heating effect on the main unit with the temp sensor in it, and offers a $40 upgrade to replace the cylindrical louver assembly, but I'll probably just make a little shield out of some thin aluminum.

I found a different instruction manual for the main unit in the enclosure, and was able to get a corrected barometric pressure into the console, where it "stuck", and it's now in "close enough" agreement with trusted sources, so that negative checkmark is removed.

But I still see no way to "trim" the stored calibration factors in the console for the temperatures. Yes, the display software will allow that, but the display on the little base station console is still wrong, and that bugs me.

The garage cleanup is coming along well, and I finally scored on the three Home Depot wire storage racks I wanted. AND the price was $20 per rack cheaper. 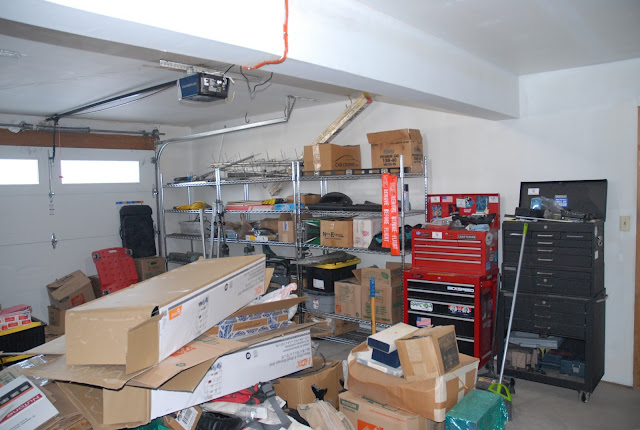 The storage and placement of items on the shelves is by no means optimized! This is just a first cut as I go through things, and sort them out. The large pile of cardboard in the immediate foreground is going to be cut down so we can drag it down to the recycling center, and when that's done it should look much better in there.

This is looking the other way, and you can see a lot of "holes" in the pile where things were. Getting rid of the YUGE cardboard pile and sorting through the remainder of this will get me enough space to store the Supra. 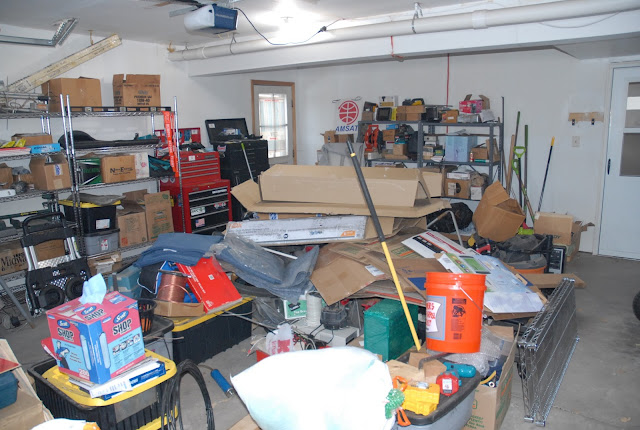 And things continue to progress down in the basement. The blue tape represents the critical "Hard Points" for the workbench/drawer units. Hmmmmm....that 96" baseboard heater  aint cooperating very well, is it? 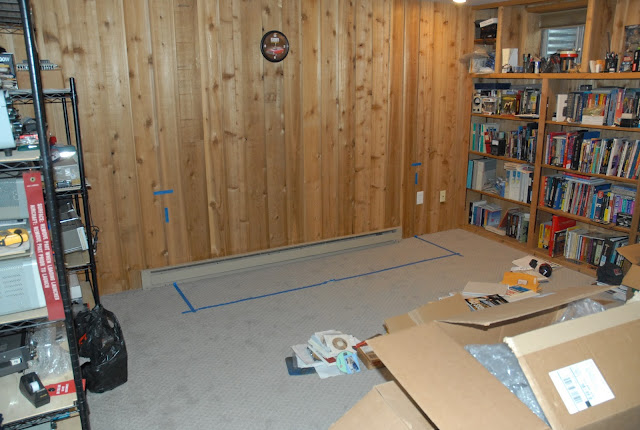 Reading up on these things, they're remarkably simple. Just a big Nichrome heating element strung through there like a toaster, and a switched source of 240VAC on one end. Further reading reveals that a new "modern" unit to replace this unit can be 72" long, and just as efficient in terms of heating a room. I haven't researched those claims yet, but a 72" unit would remove all the length from the left side (because the right end is where the power comes in, and that point is fixed), and screw into the paneling just like this one does.

Problem apparently solved; I just have to source and purchase a new 72" heater, and swap it out with what's there now, then call my carpenter buddy and discuss what I'd like and what he suggests for a workbench/drawer/shelving "solution", and then build it.

While he's busy doing that, I'll be busy pestering him with questions about building the custom desk/operating position/station console on the wall to your back in the photo.

That custom build will house my new, "modern" Ham rigs, flanked on the left and right sides by the classic gear I wanted (lusted after, really...) but couldn't afford when I was a teenager. The Hallicrafters will be on the left, and the Drake gear will be to the right of the current era gear. The equipment has all been located, along with all the manuals and spare parts, and is awaiting check-out and any necessary refurbishment. Until that gets done, they'll be used as dimensional models for the construction of the station console. 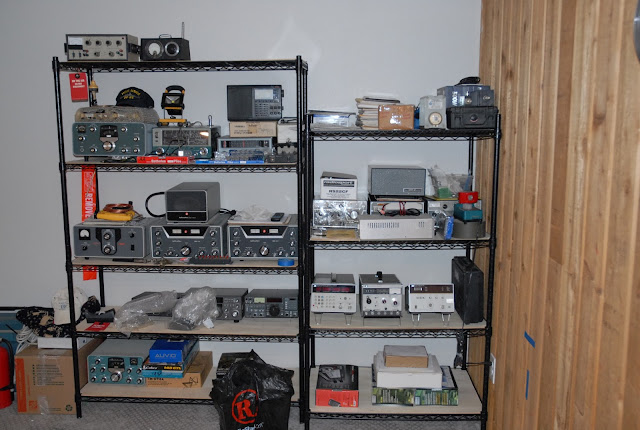 And while I'm in a clean/sort/pester-the-carpenter mode, I'll have tunes to do it by. 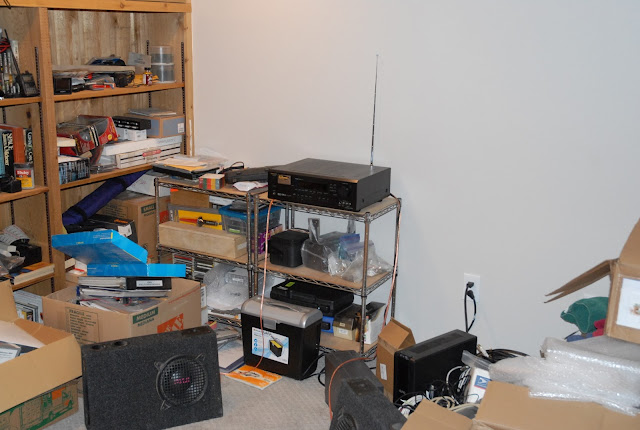 The receiver is a "100 Watts Per Channel" Onkyo HT-R510 Home Theater receiver that I bought way back in 1999 or so. Just using it for an FM radio right now, and this will probably wind up as the garage radio, and I'll get a decent older receiver and better speakers for down here.

And as is typical of my somewhat nomadic past life, I haven't even hung my shingle out, and work is finding me, forcing me to set up a temporary "Computer MASH Unit" as my wife calls it........ 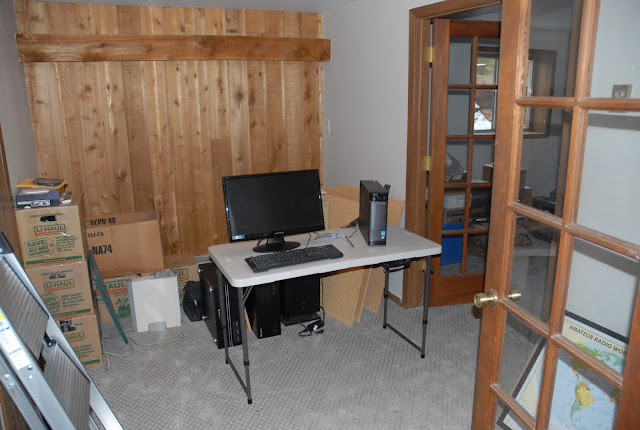 This is for a family friend, and I have to unravel a Windows 10 "Update" that blew her desktop away. I remember reading something about this on the Flex Radio Systems email reflector, and it's a known, specific problem.

And we'll start showing a ton of construction articles coming up. One of the upstairs bathrooms is getting a minor remodel, and I'll grab pix of that. Then we have the basement woodwork going on, and the arrival of the Supra.