Had a good day (as usual!) on the Iowa today. We gave the commercial radio test for the Marine Radio Operators Permit to two people, who both passed with 100%.

One of them appears to have a problem on the -15 Volt buss, as the regulator mounted on the back panel of the radio is getting too hot to touch after being powered on for 10~15 minutes. The encoder for the main tuning also has a problem, as no matter which way you turn the knob, the frequency increases. One of the other guys in the Gray Radio Group knows what the problem is, so it's on the punch list for that particular radio, along with troubleshooting what's making the regulator get so hot.

Here's a better view of the stacks of pallets with the shells: 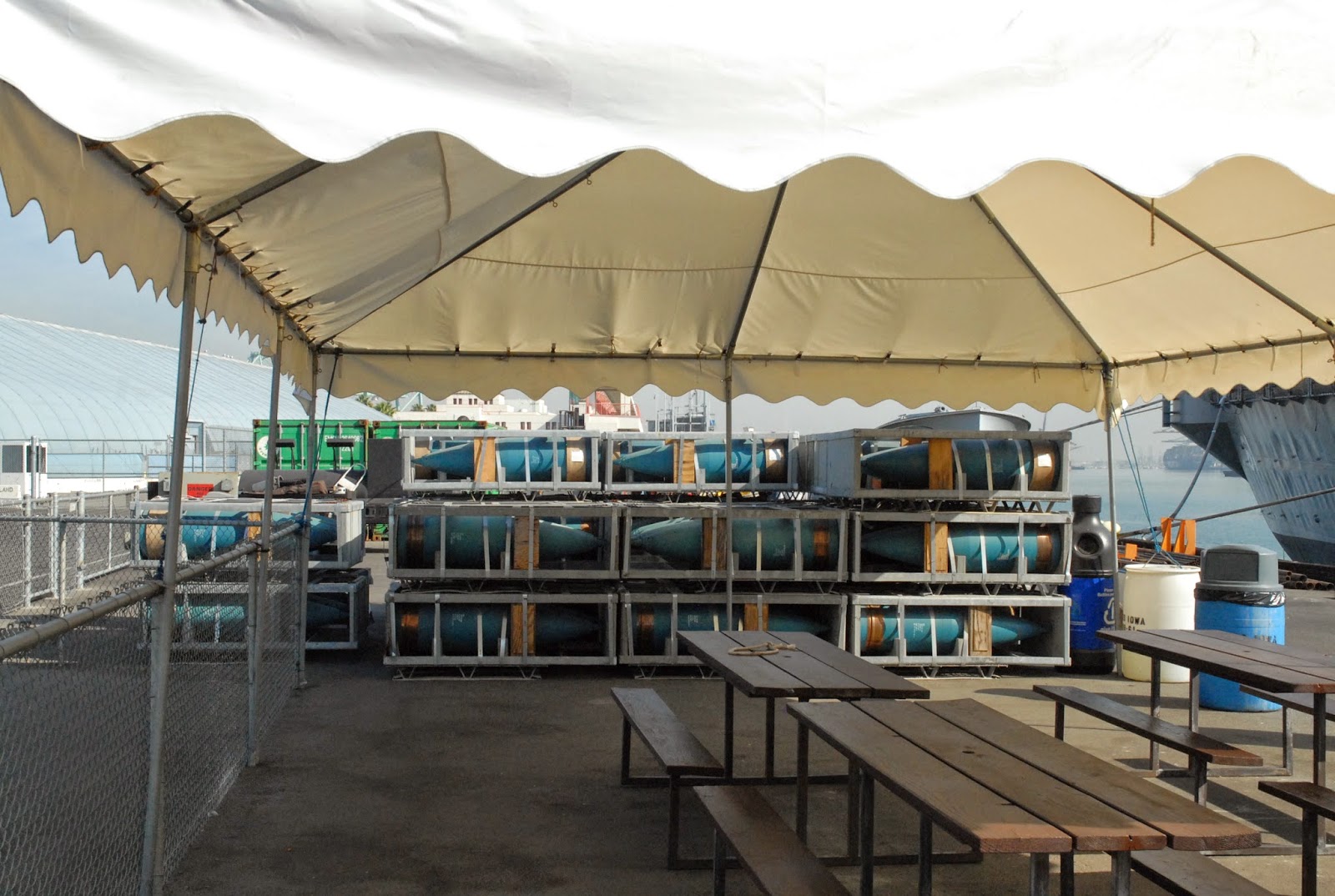 And here's how they're packed, two per pallet: 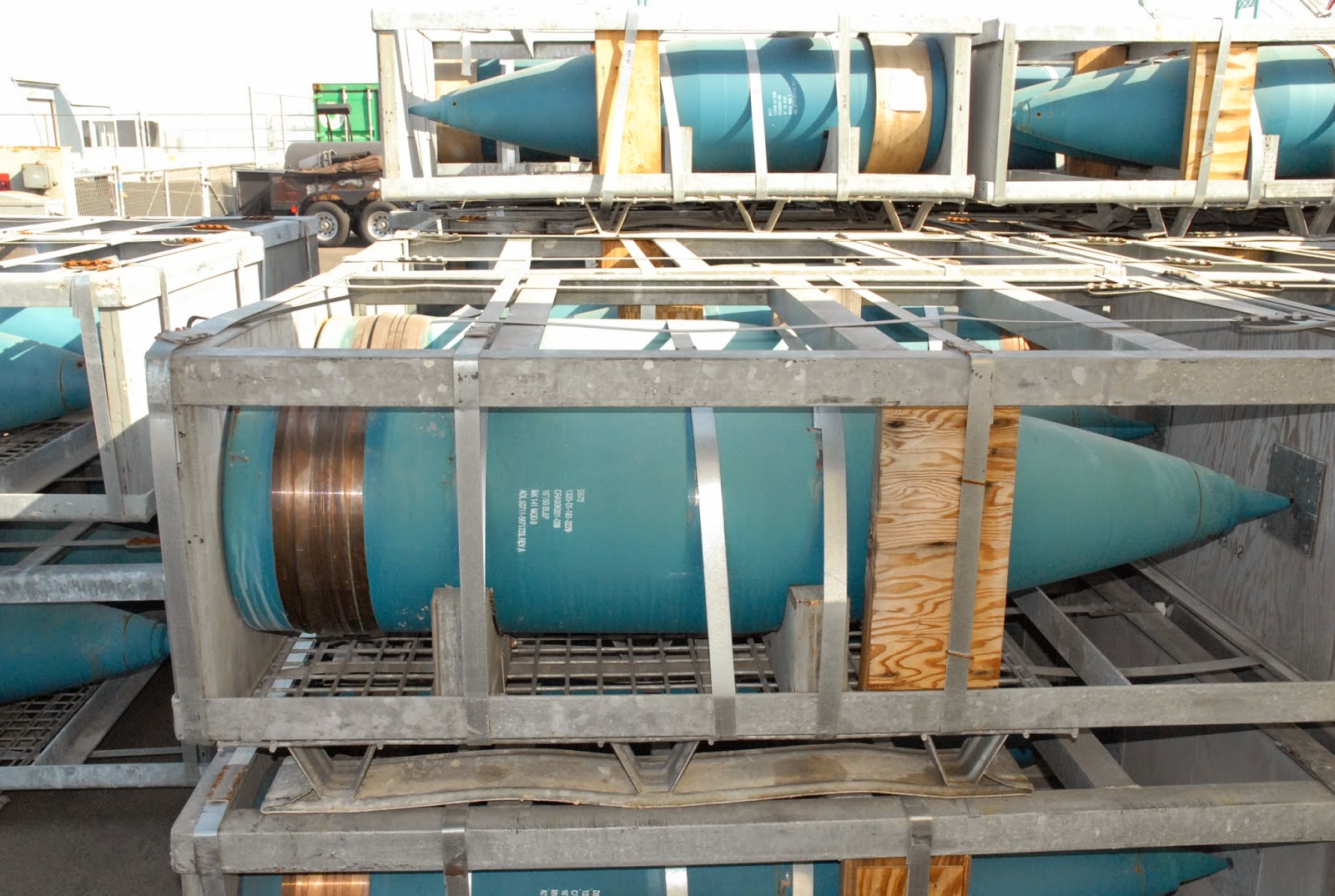 Here's the label on the end of the pallet stating the weight. Since each shell weighs 1,900 lbs, the weight of a High Explosive shell, this would indicate that the pallet alone weighs 450 lbs: 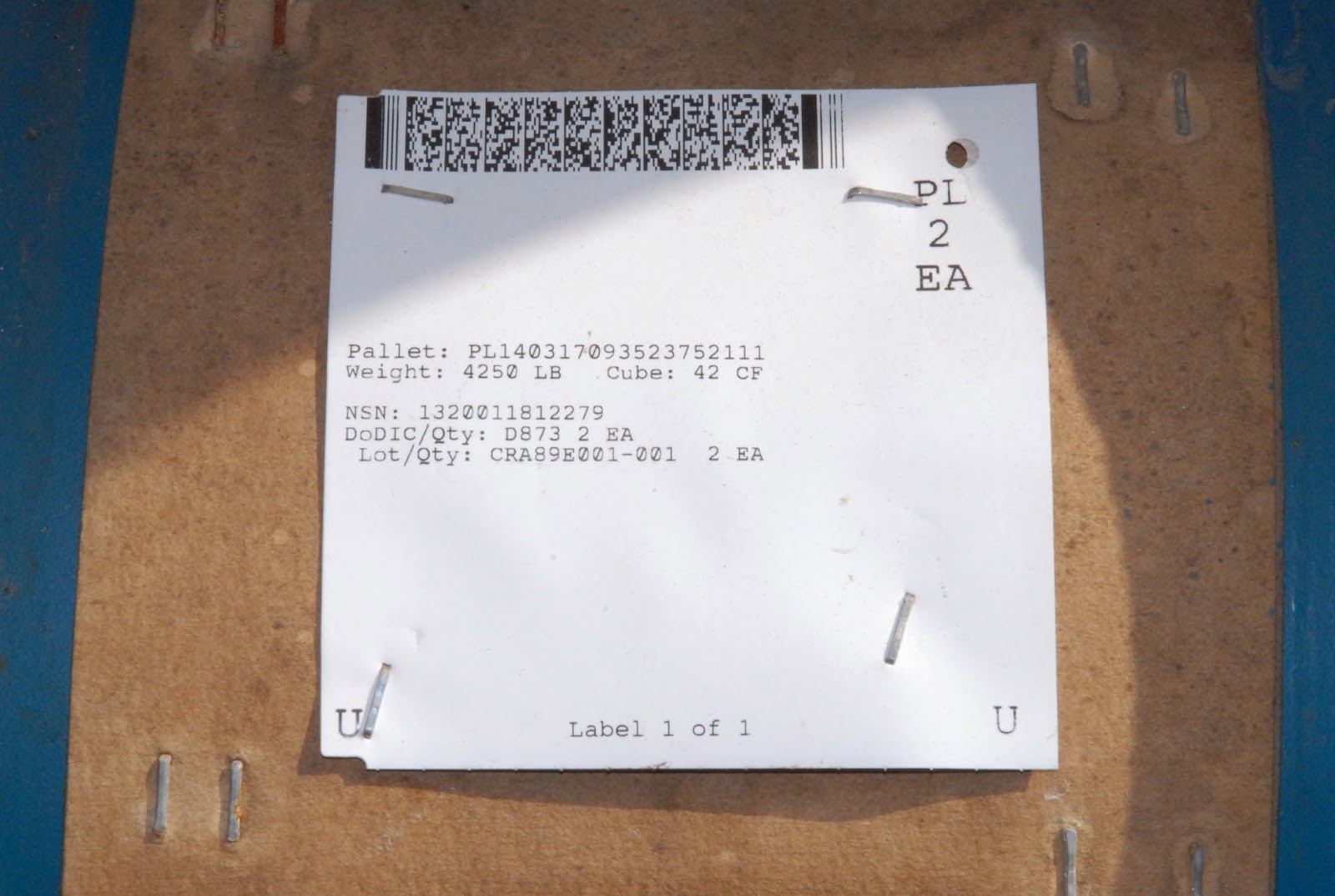 Off to the end of the stacked pallets is this Shell Carrier. I'm sure there's a more correct name for it, but I don't know what it might be. I don't know if we already had this, or if it came with the shells: 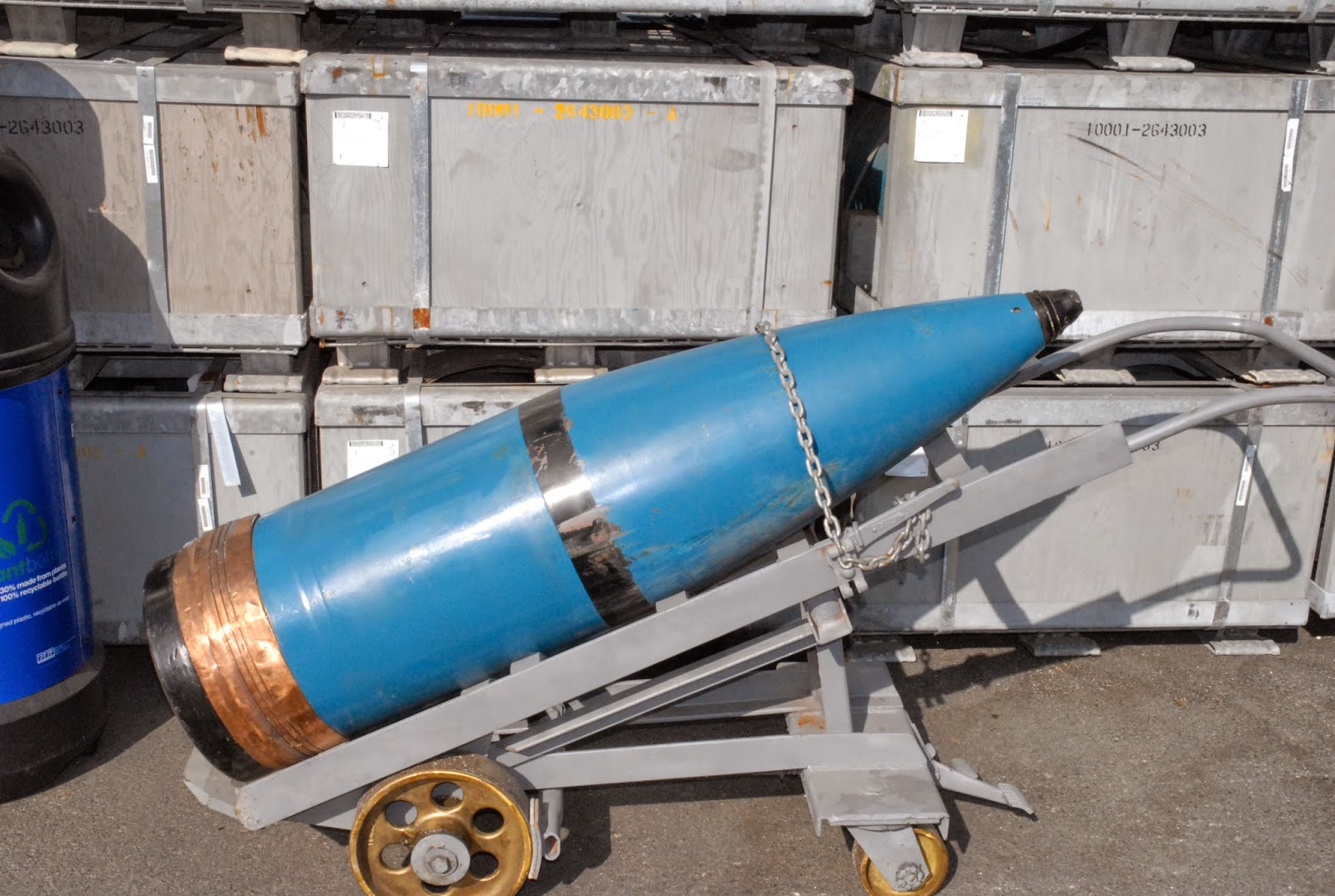 The Rotating Band, which engages the rifling in the barrel, has sure seen better days: 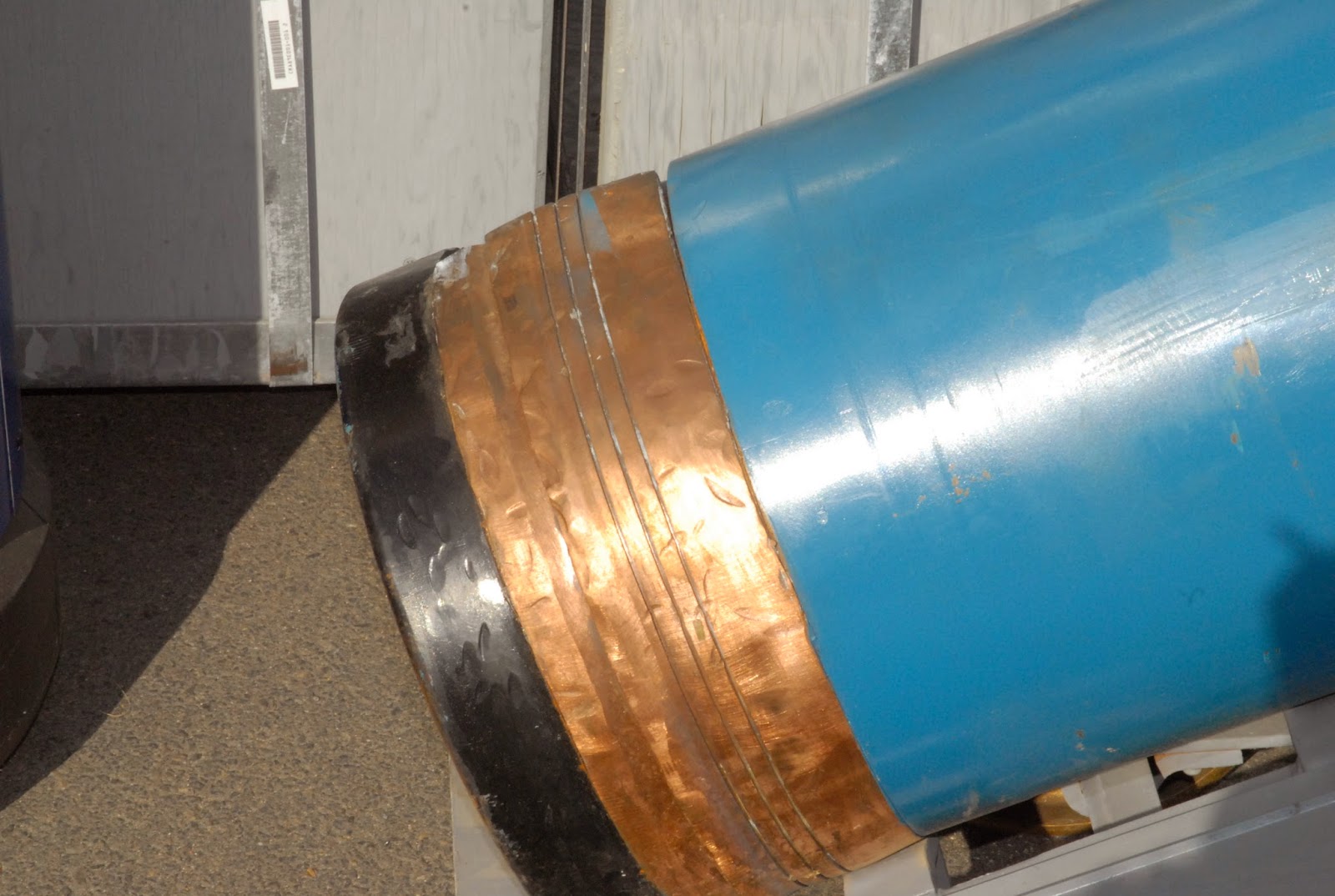 And there's some damage to where the band is attached to the shell. It almost looks like it was deliberately cut away: 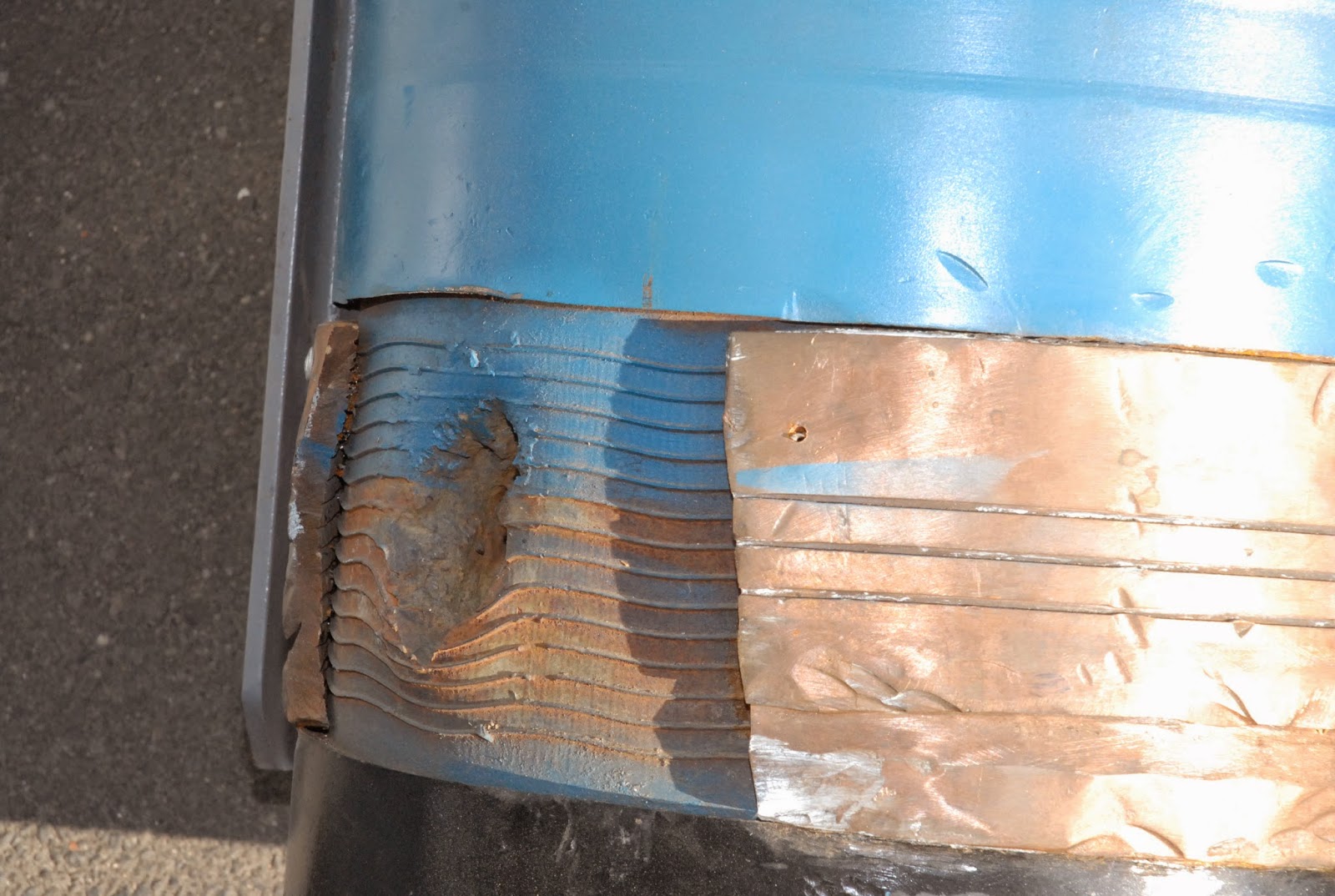 Some stenciling on one of the shells: 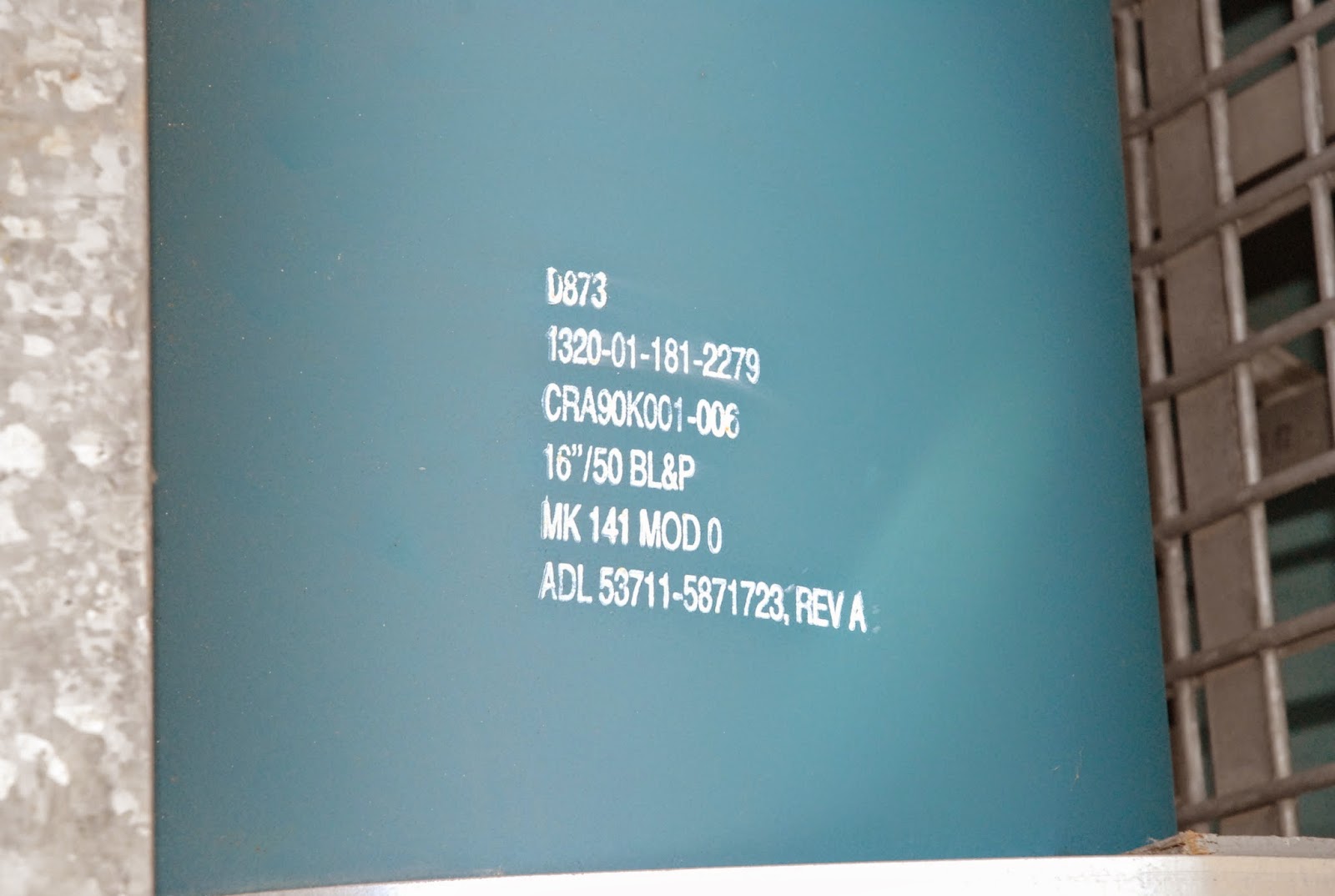 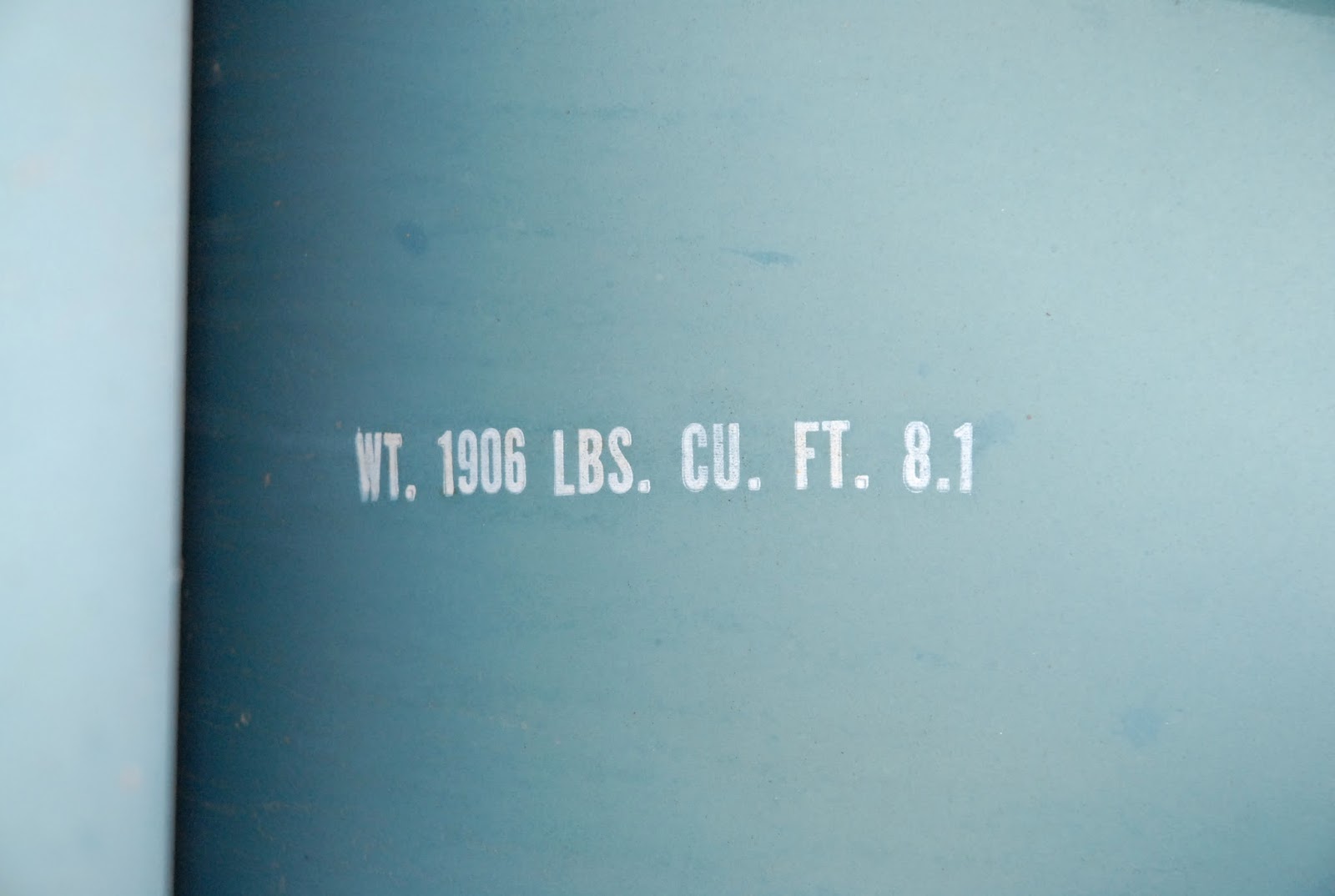 The pallet stack as seen from the other side. We sure did get a bunch of these: 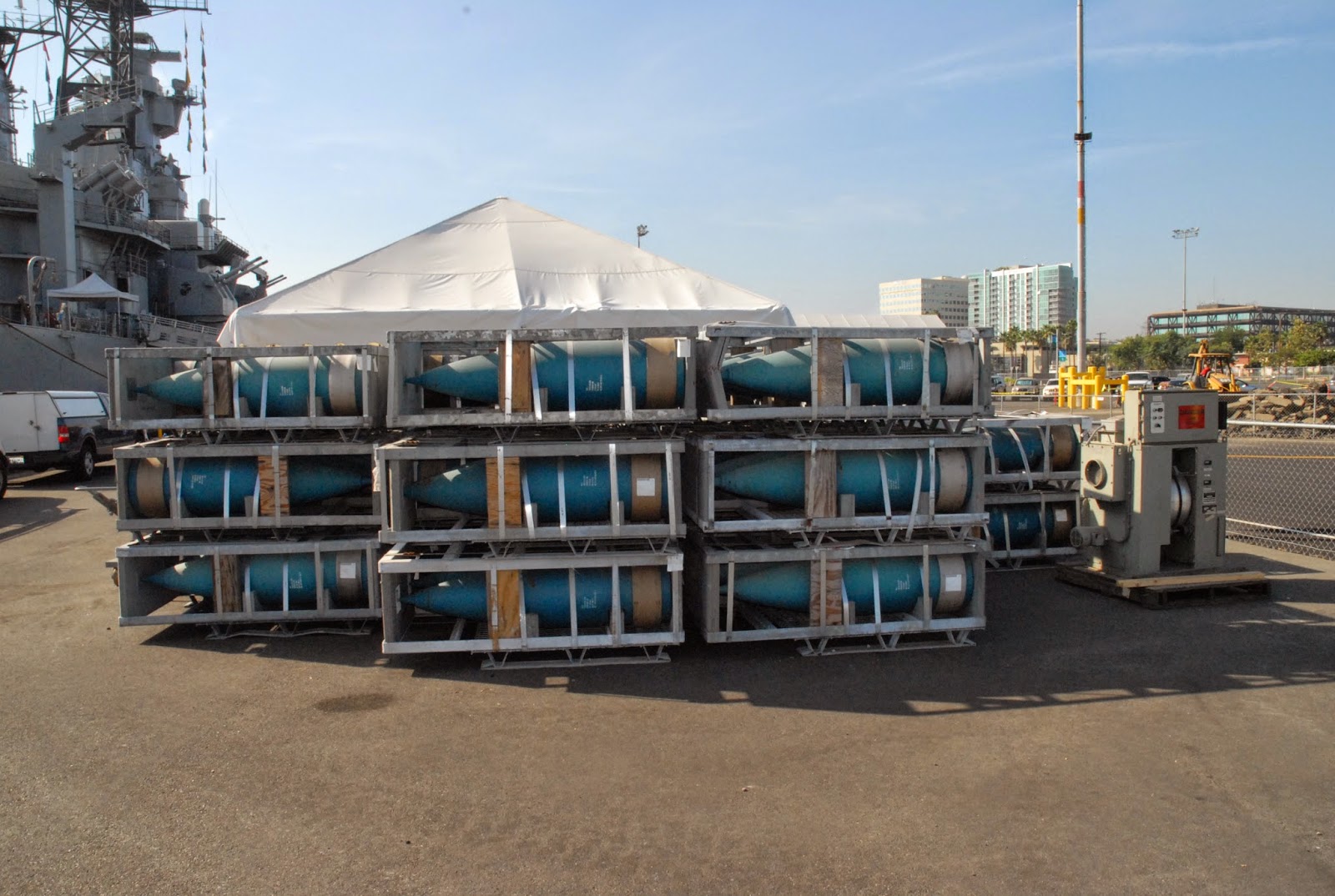 I have no idea what this equipment is for: 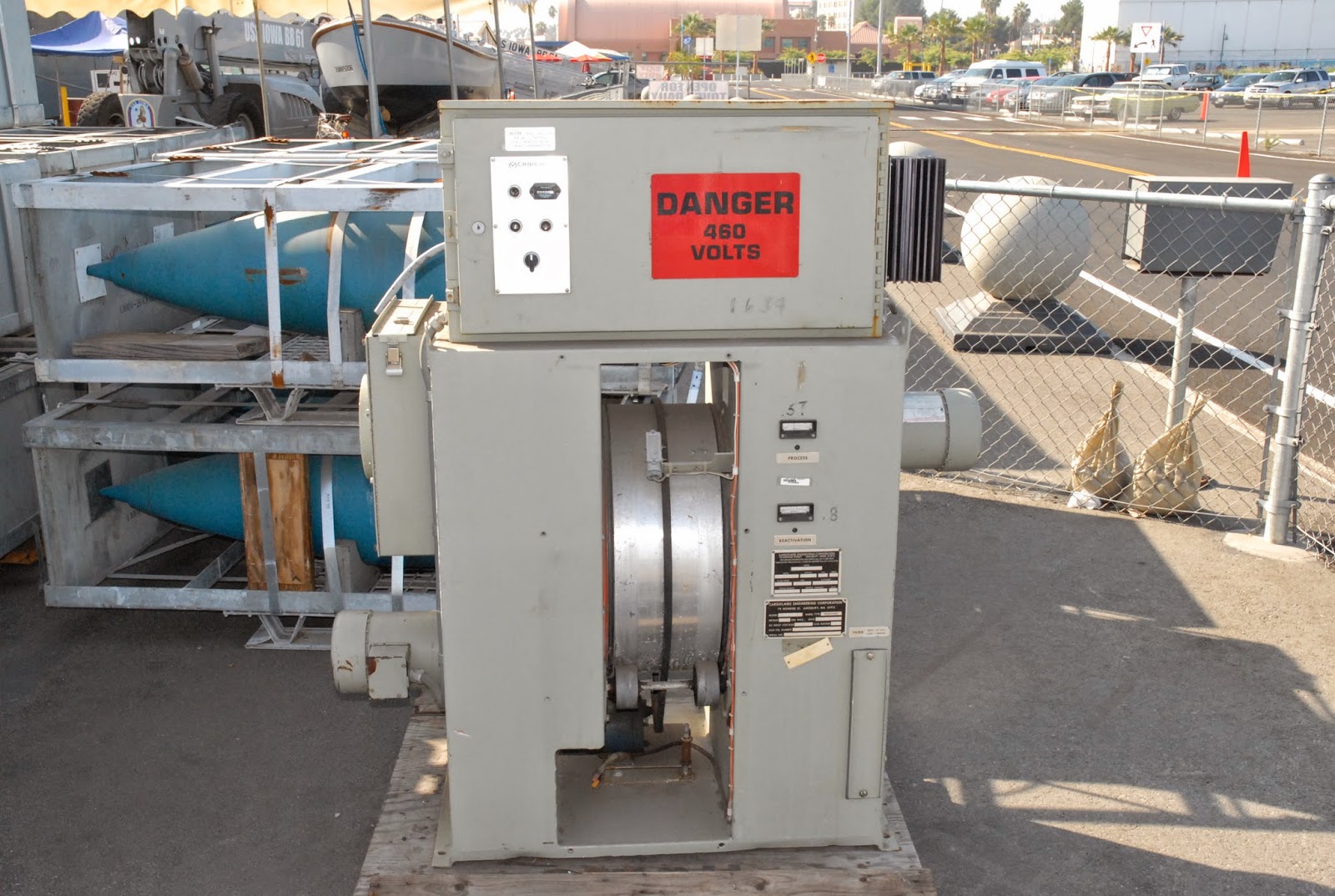 Nameplate on the above equipment: 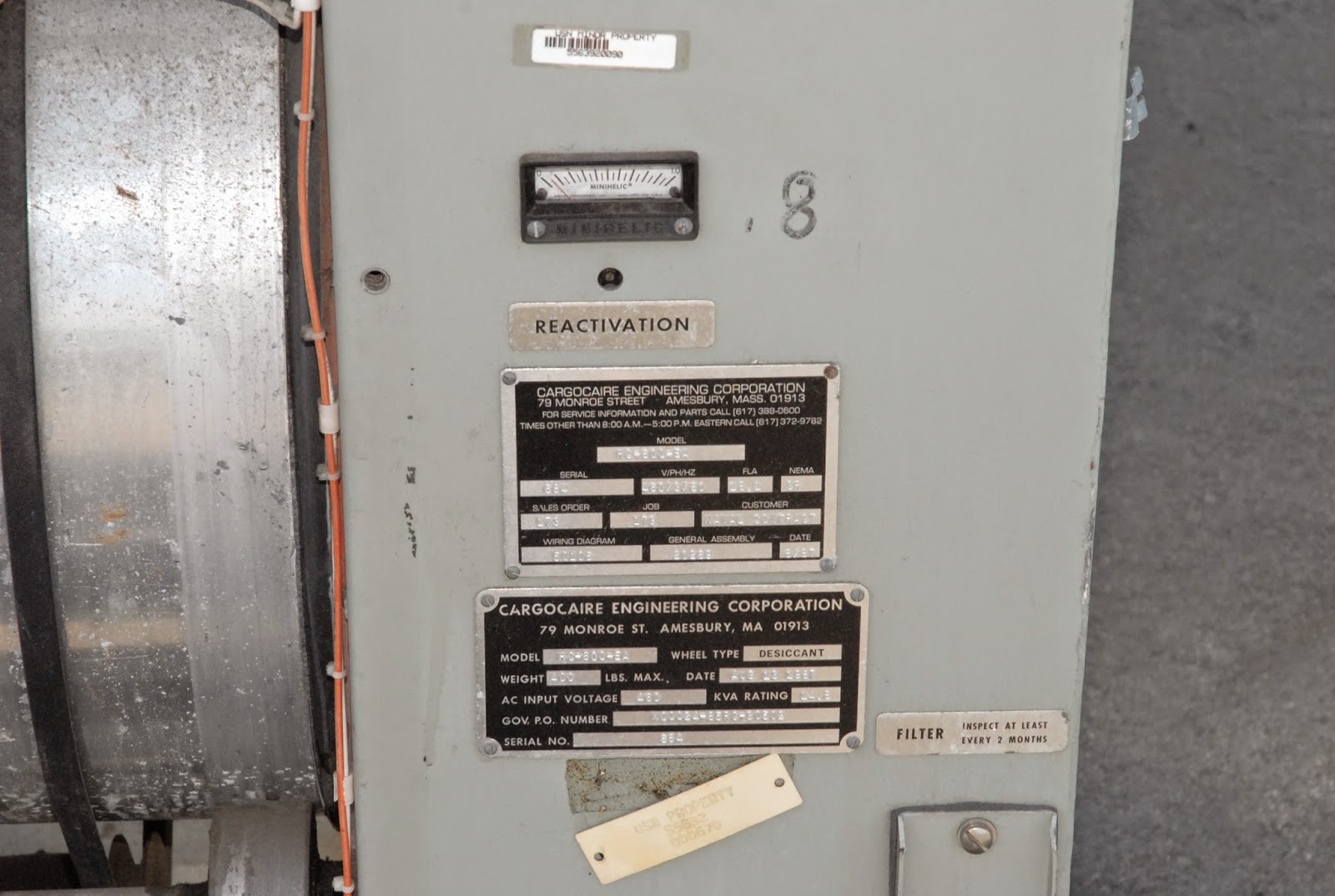 Looks like this one was NOT "Handled With Care": 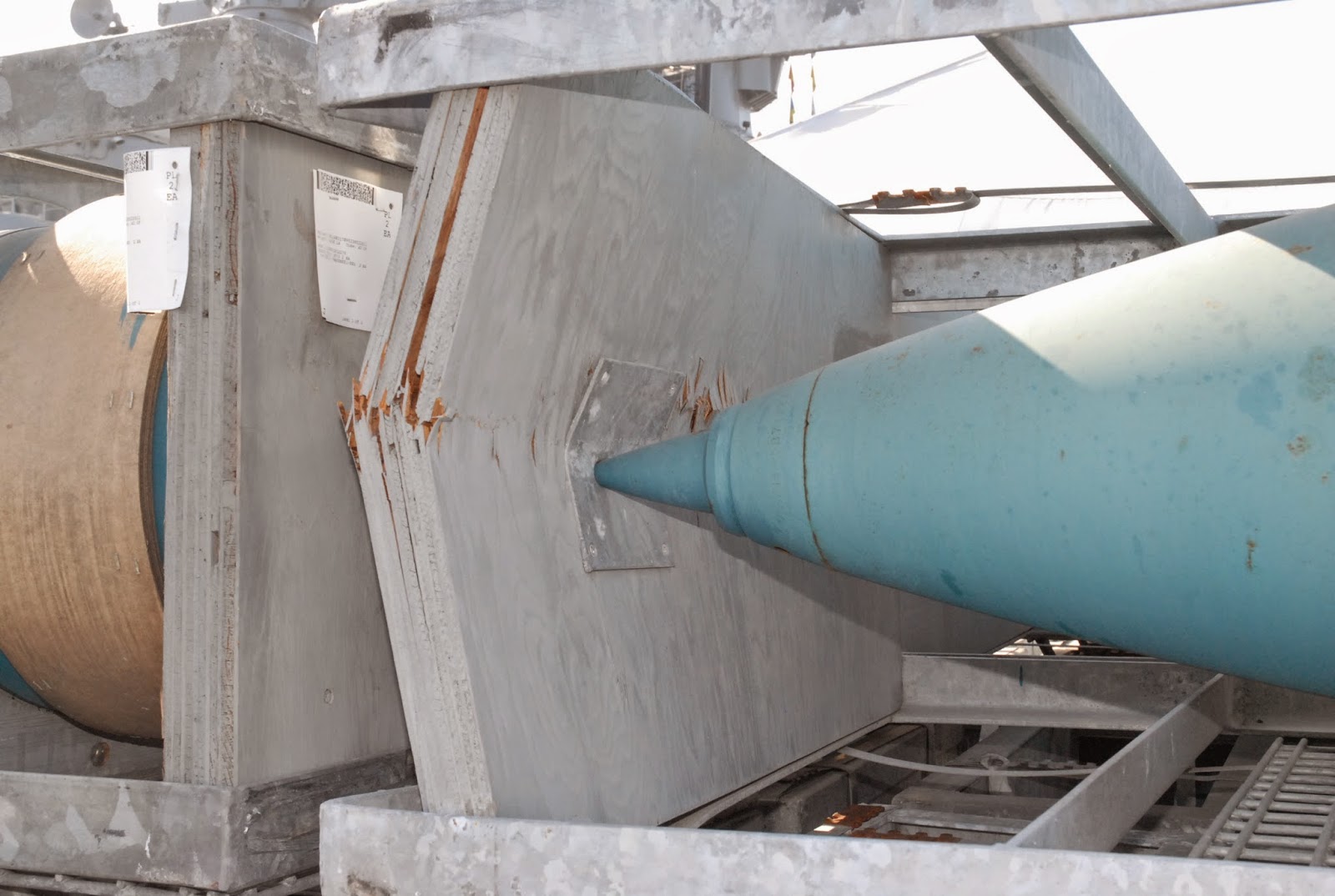 Here's another one that tried to escape: 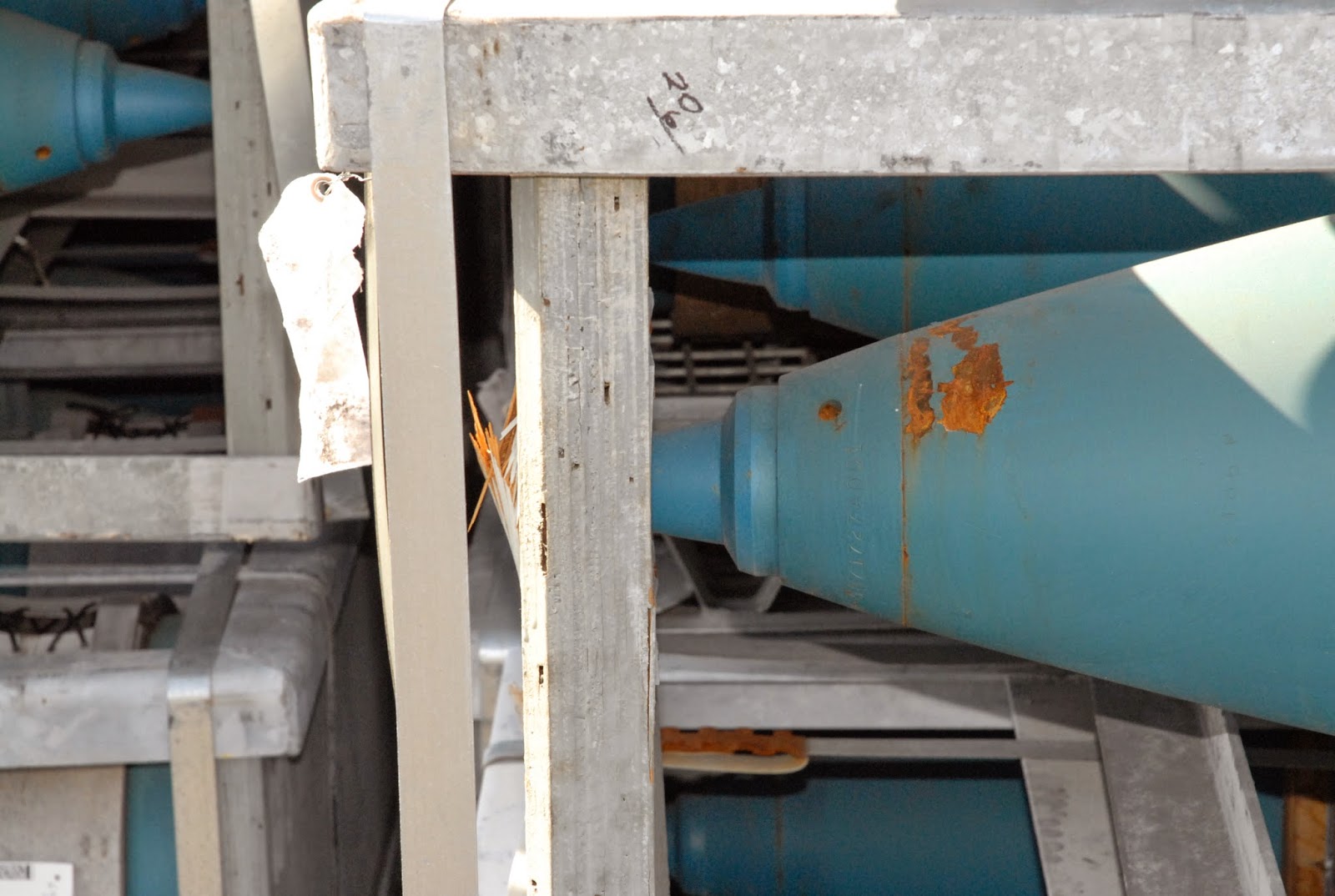 Here's some close-ups of the Rotating Band: 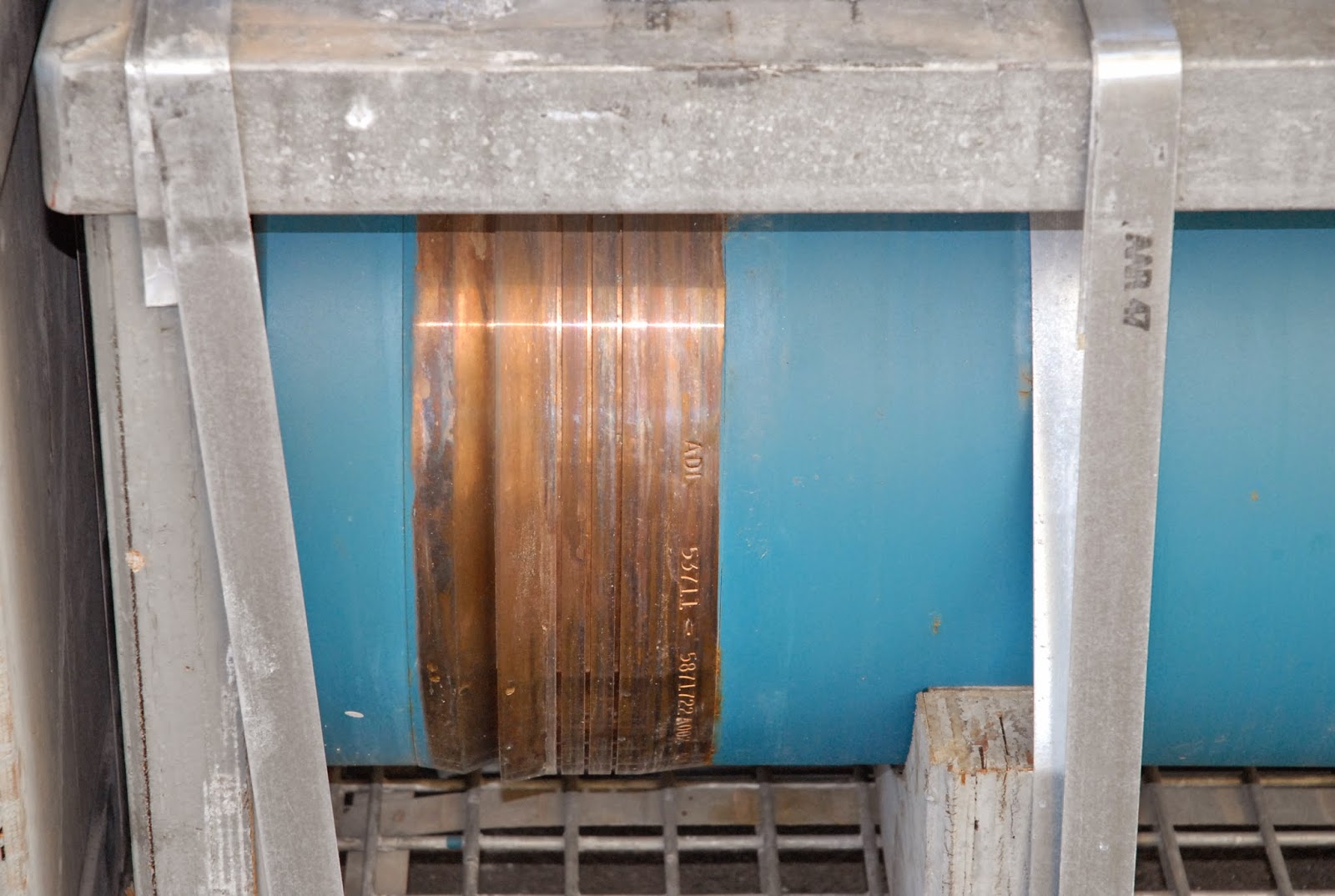 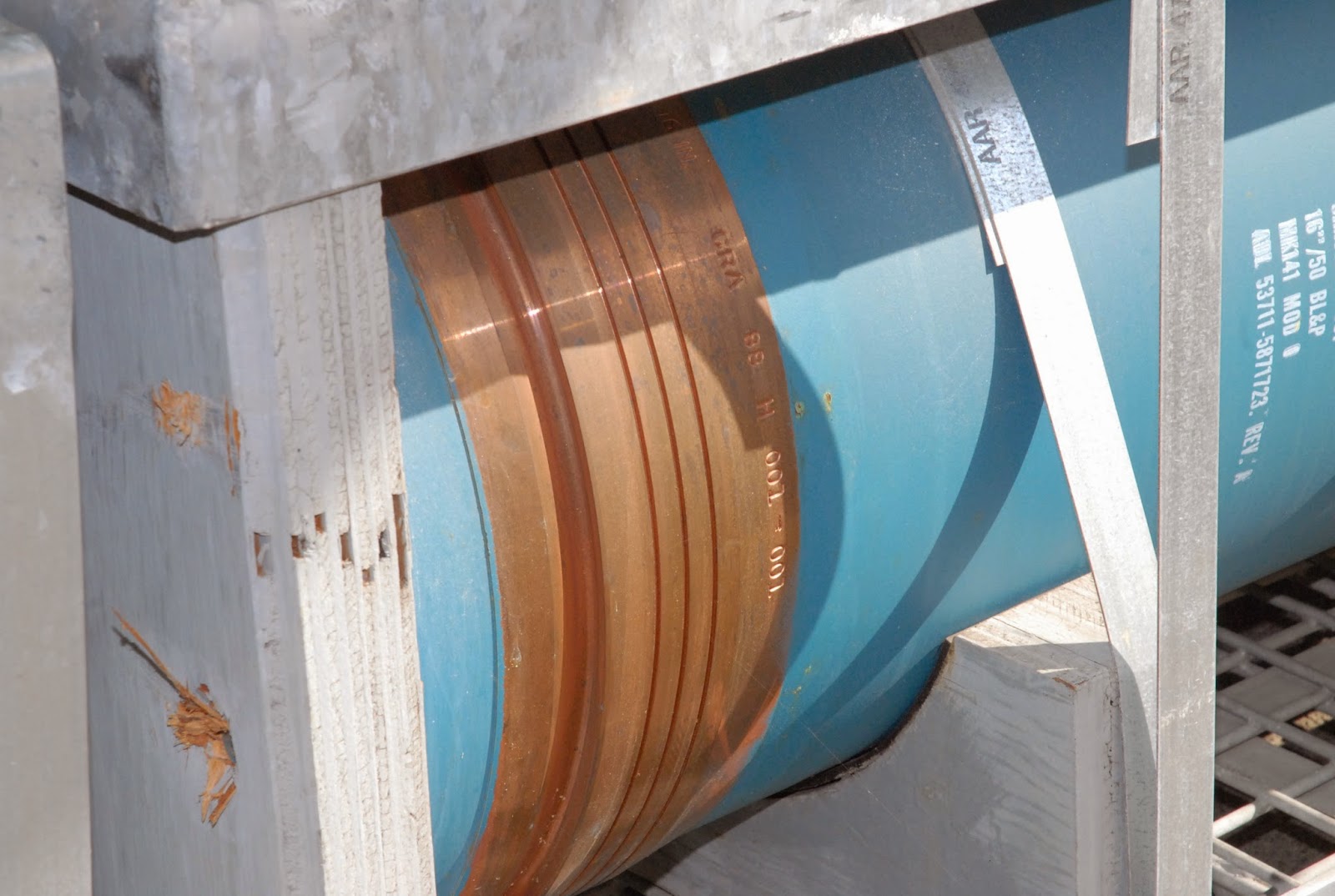 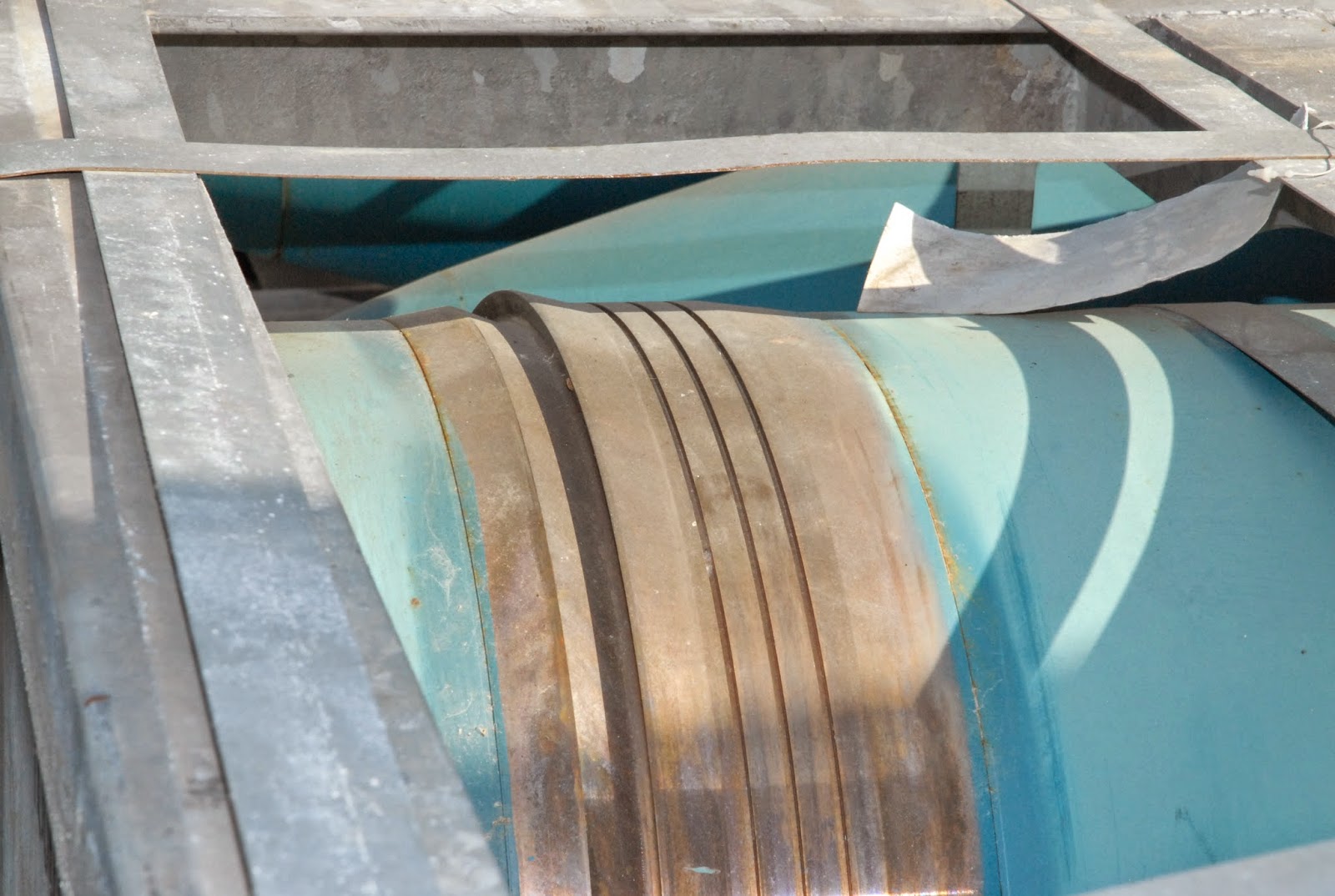 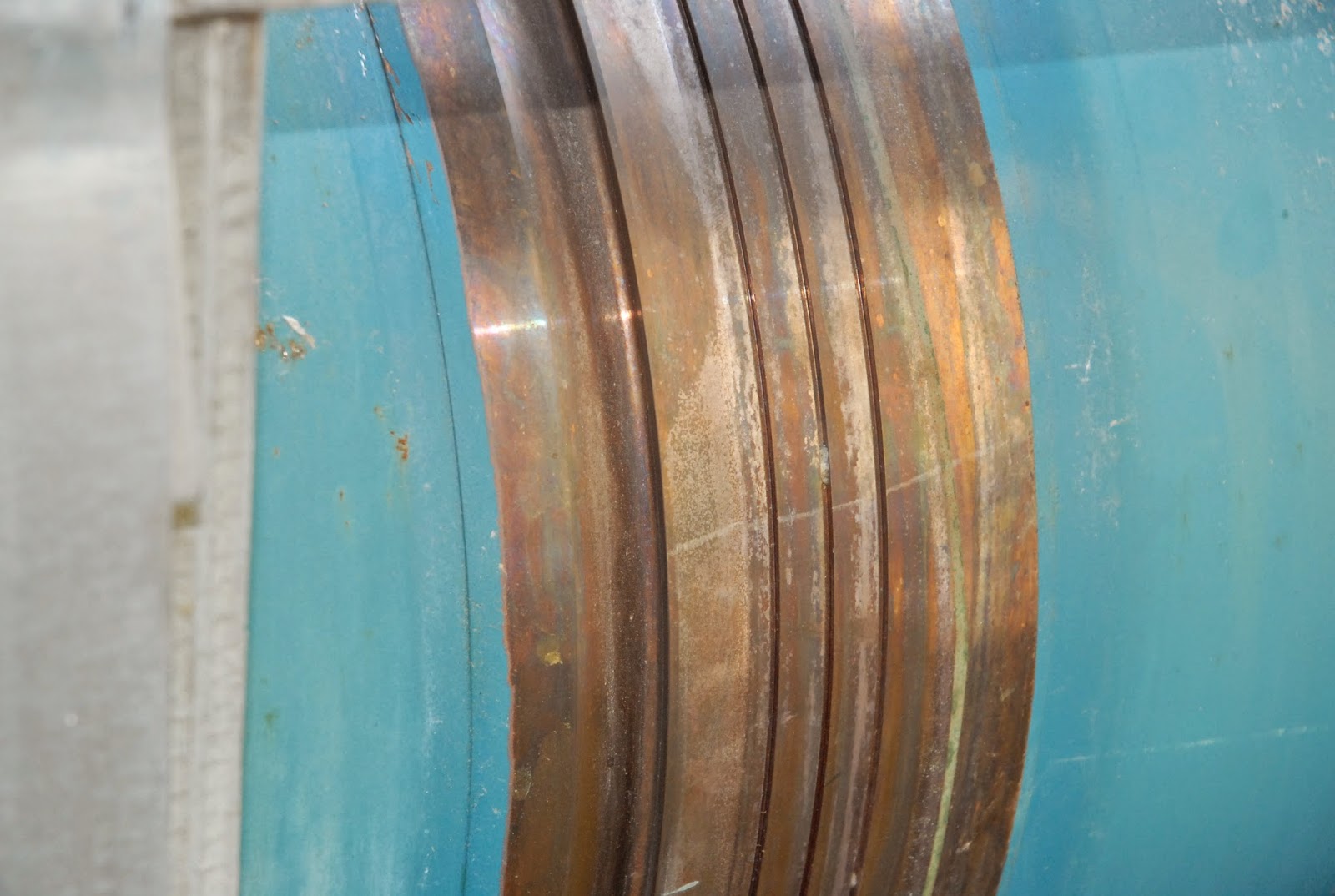 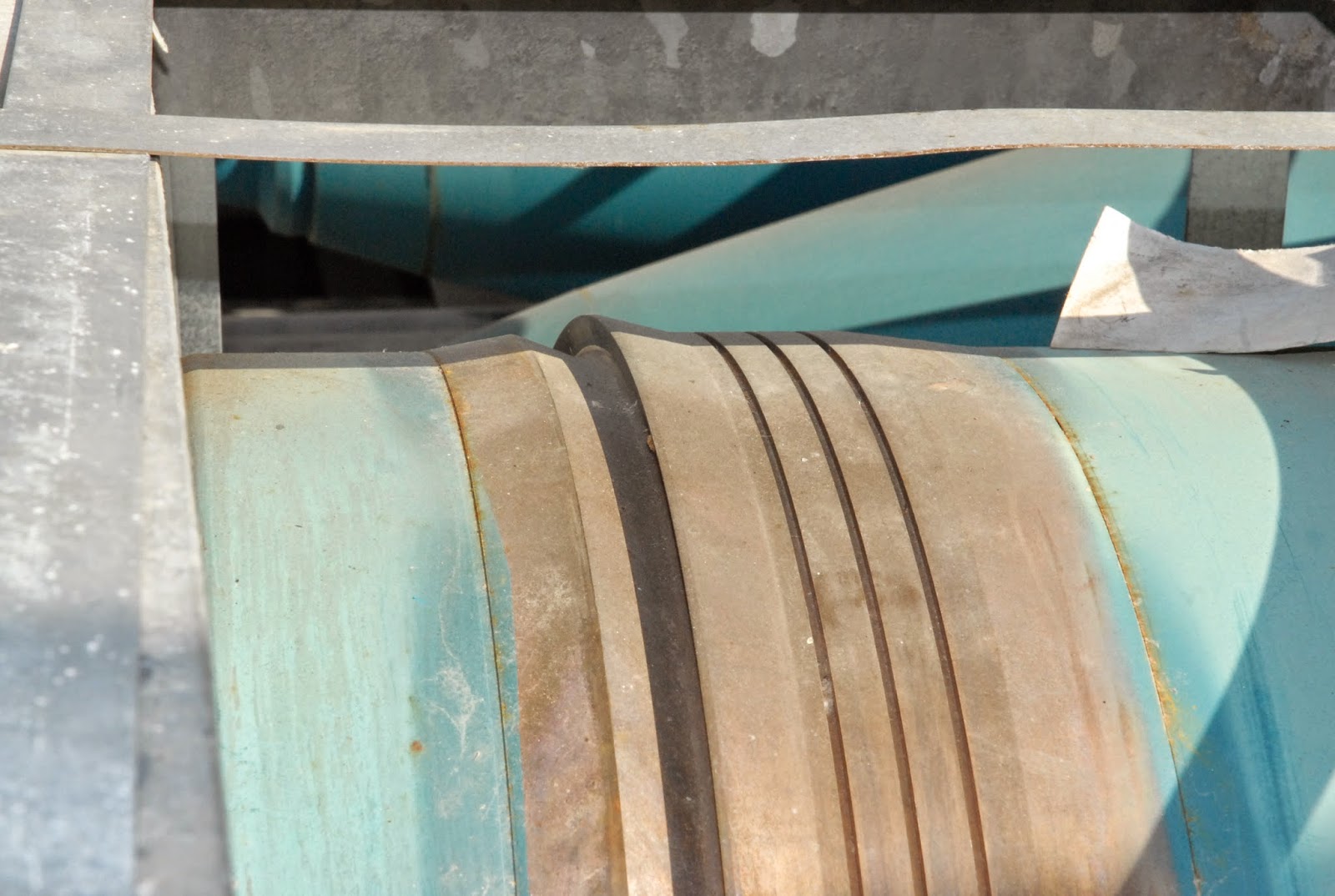 The tip of the shell: 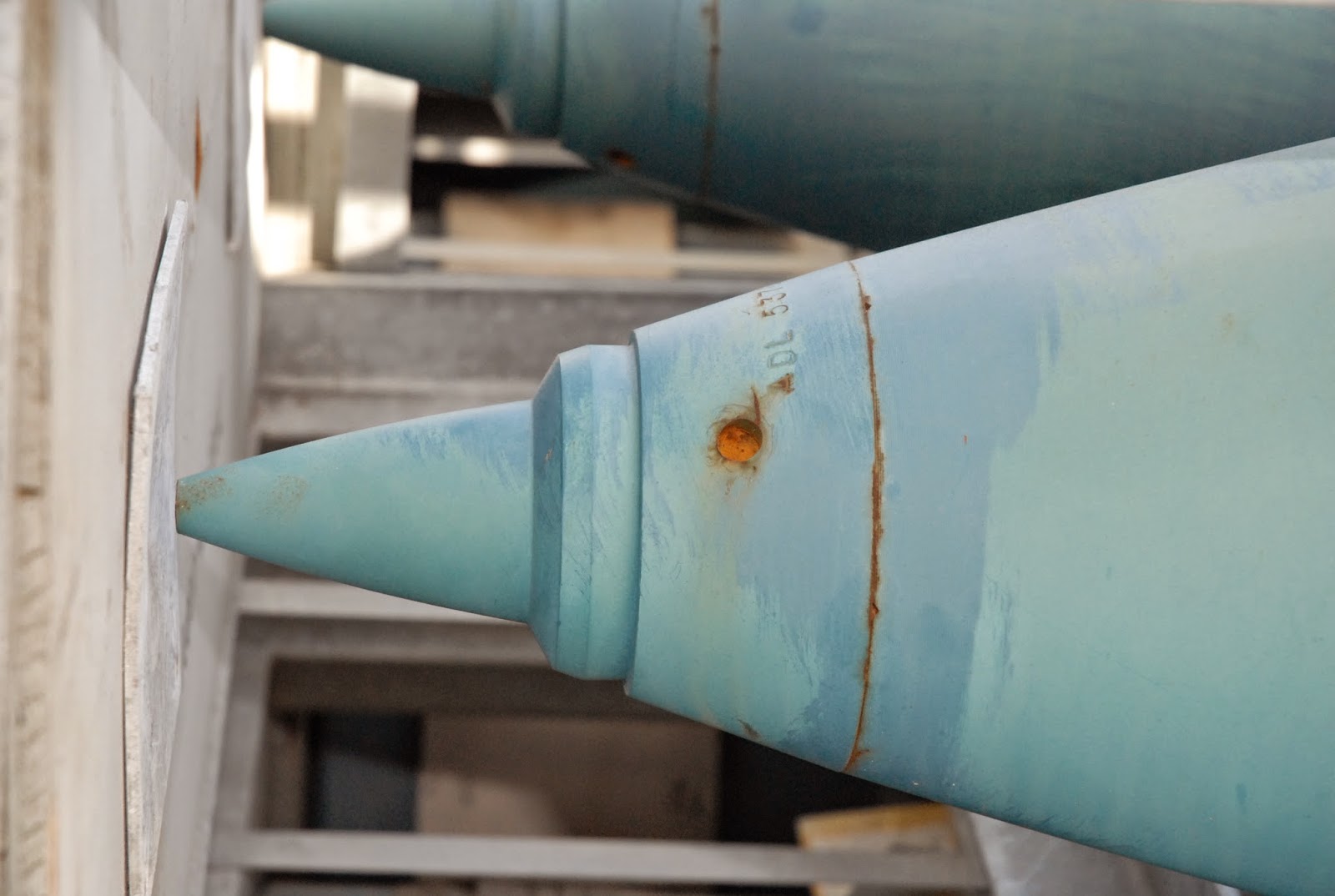 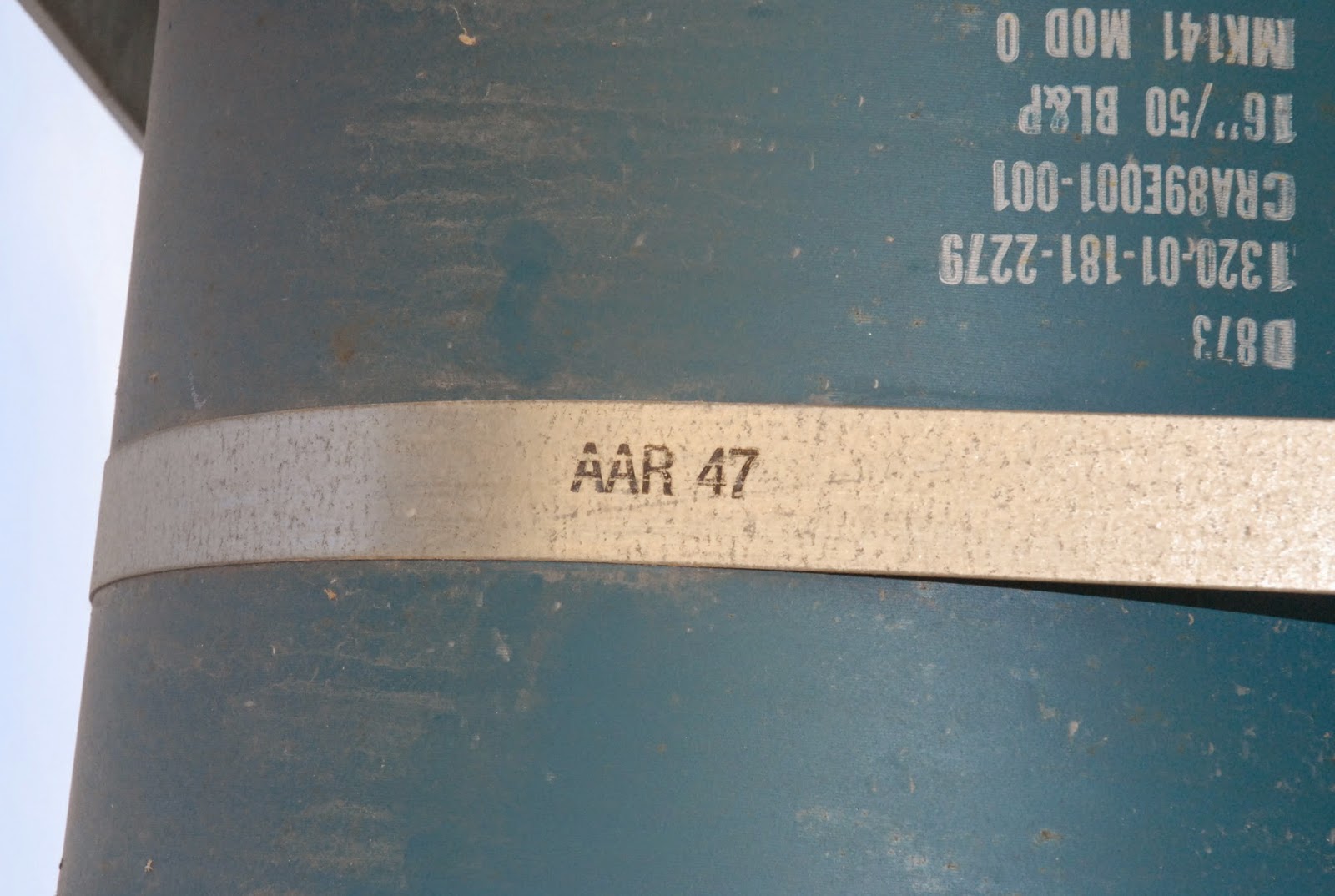 Markings on the pallet itself: 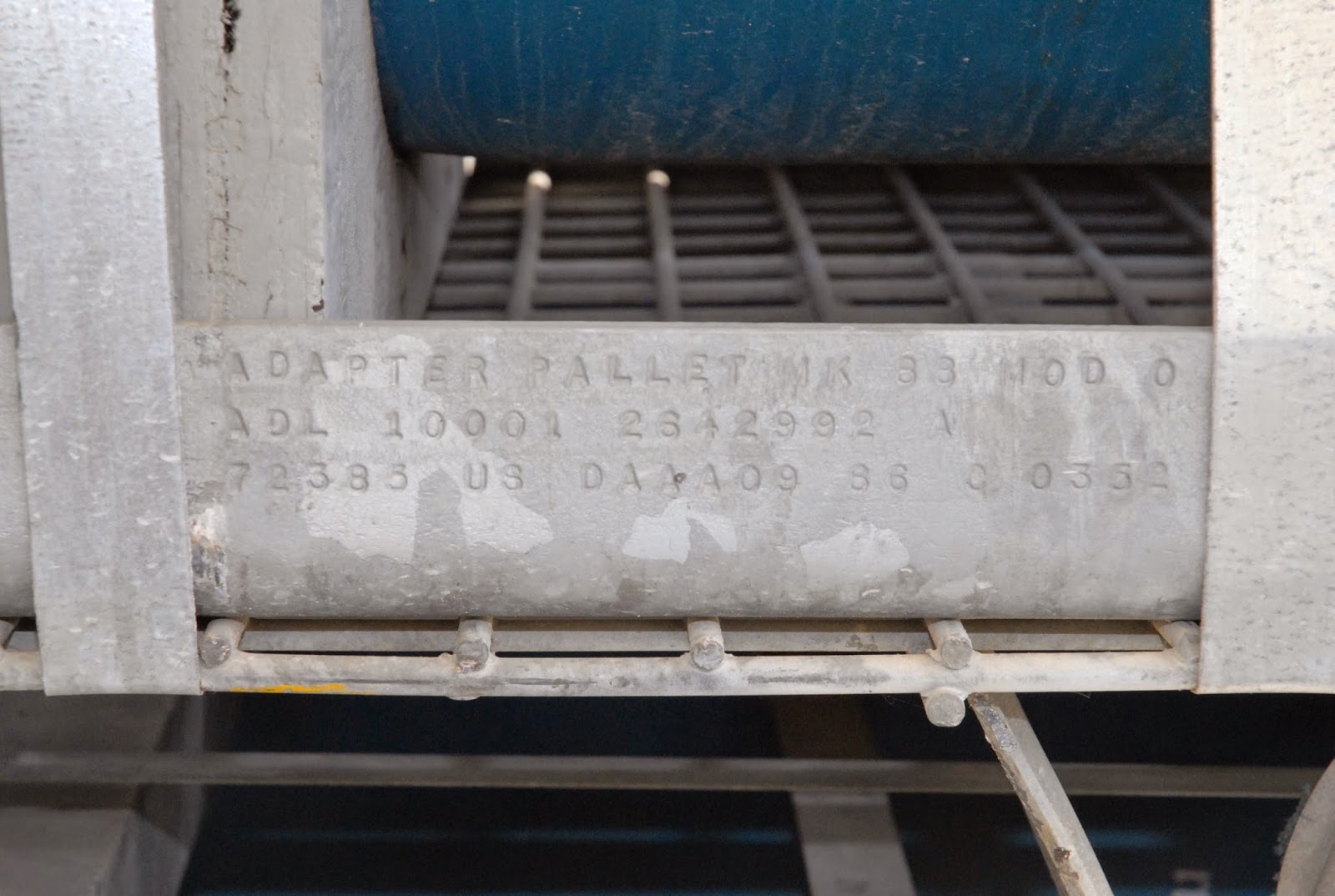 And since I was outside, and it was a beautiful day, here's one of the whaleboats, and our BIG forklift: 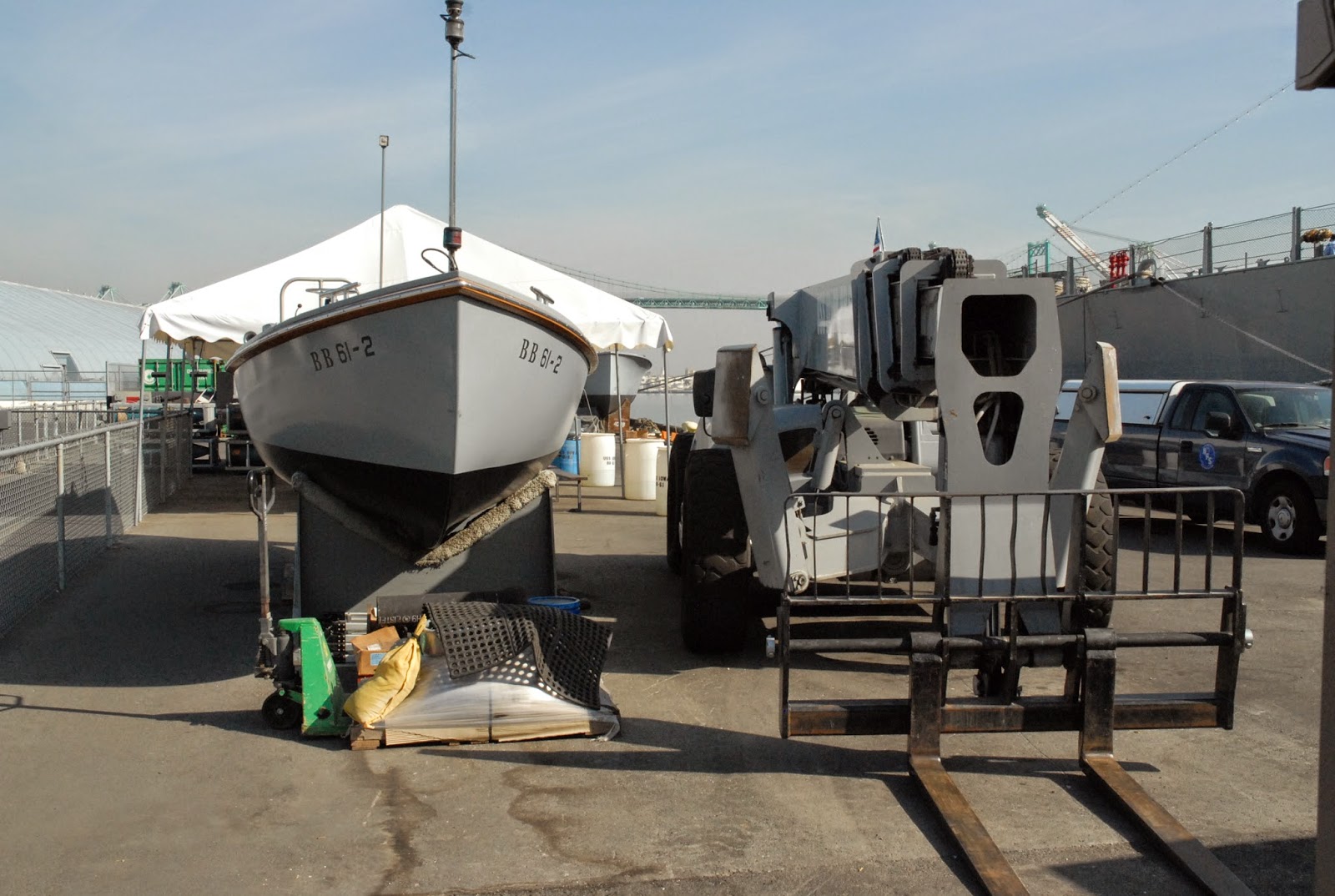 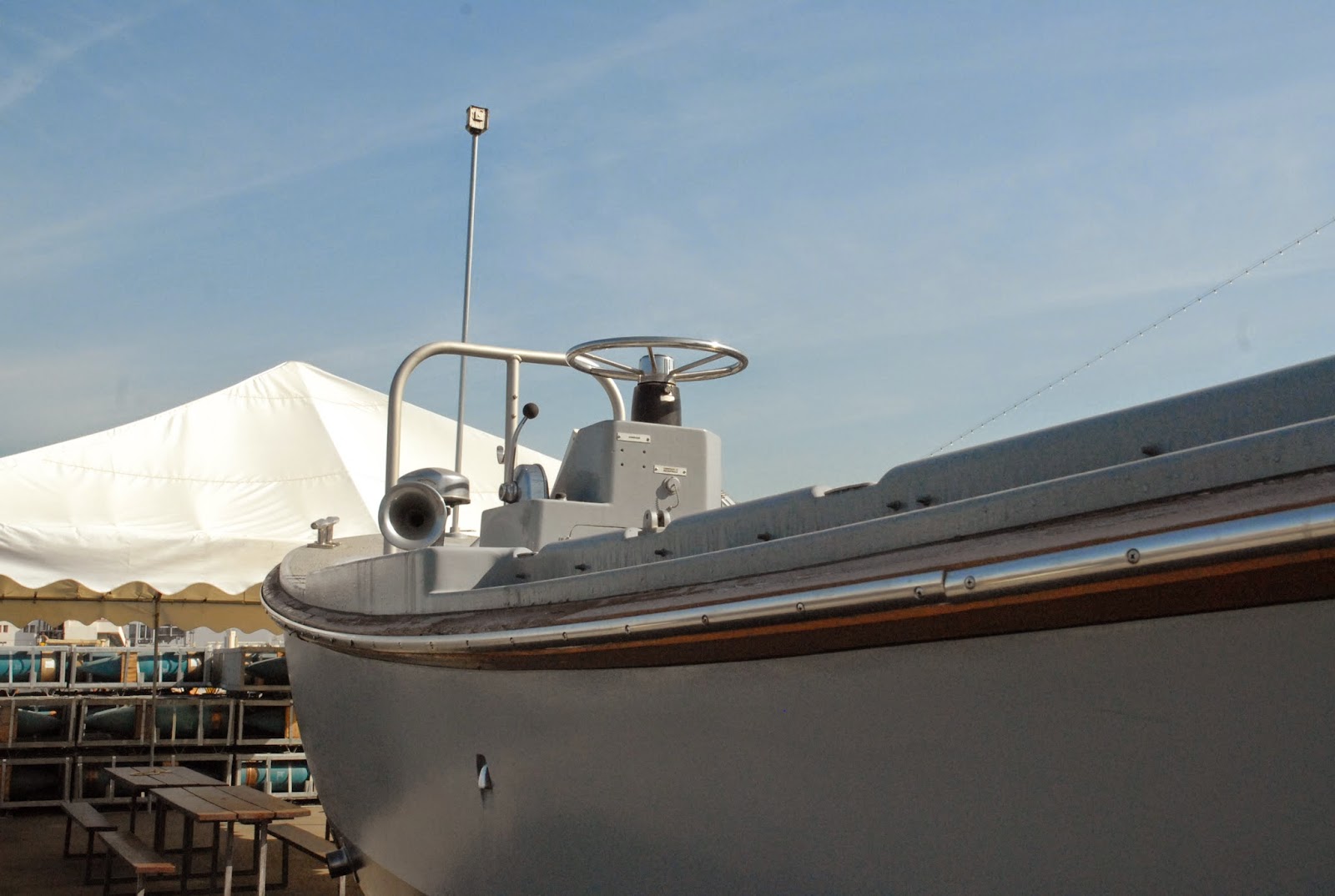 Not sure what these numbers mean, but they're not stenciled on; they're cut into the hull: 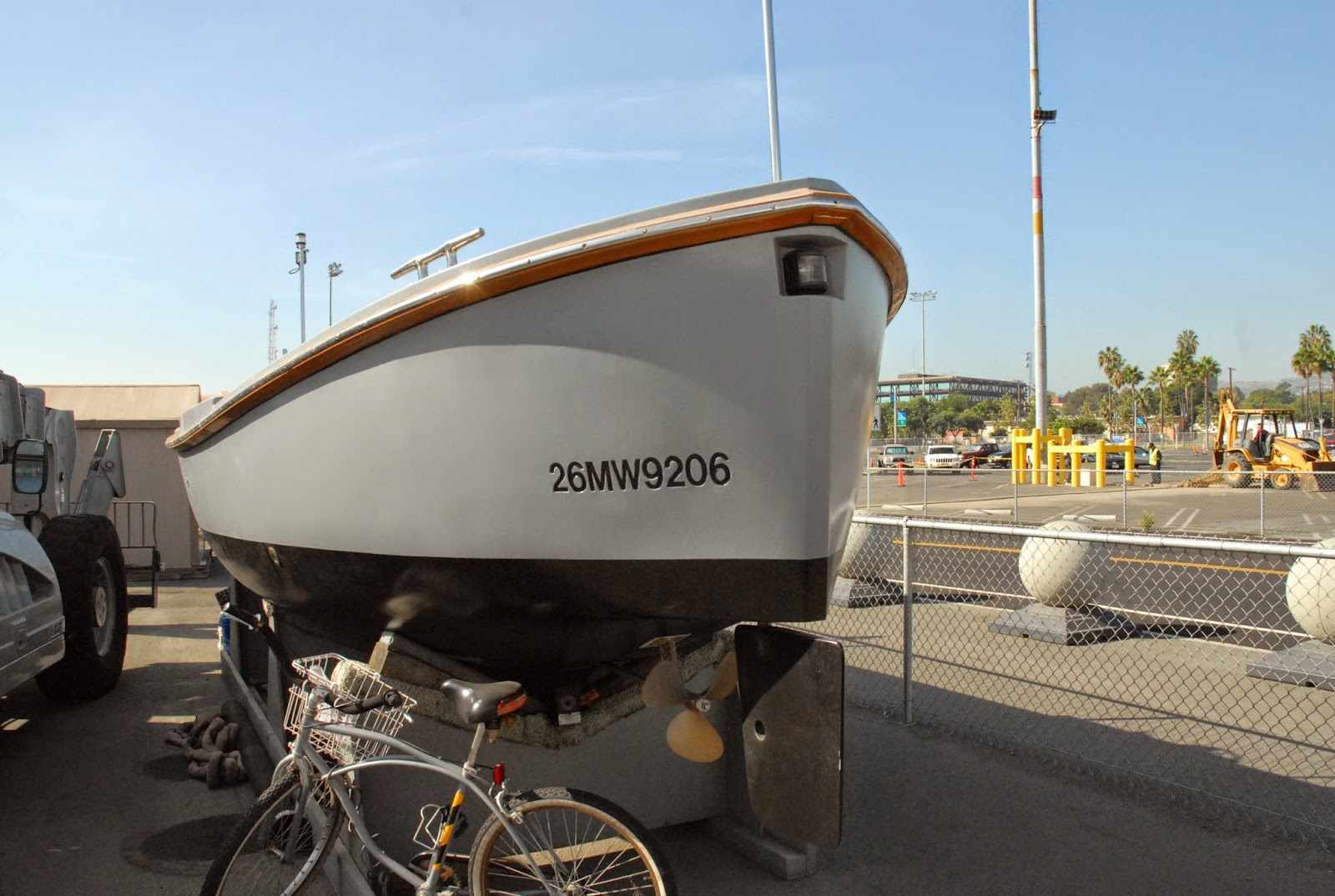 Always good to spend a day on the Iowa. I found out the other day one of the volunteers was on the USS Hoel during The Battle Off Samar.

I'm going to have to meet him!