God, I can't believe how freaking AWFUL this software is.

I've been using Visio for over 10 years, I've mad over 100 drawings with it, and it seems like every single time I stop using it for a few weeks, I have to learn it all over again.

Even doing something simple like changing the default line weight is cumbersome, and the changes you make don't carry over to the individual stencils/shapes stored in your library.

The earlier versions at least had the menus laid out in a logical manner, but nooooo, that wasn't good enough for Micro$oft, and they changed everything around, and I can't find sh1t in their newer structure.

IfI have to bang my head against the keyboard until Its bloody learning this POS software again, I'll just take the time to learn one of the Linux vector drawing programs I have, as they don't change things around on a whim.

Either that or I'll just make the damn drawings by hand, scan them, and convert them to a pdf for distribution.

Gawd.......what a pain this little project has become!

Did the entire project in about 35 minutes using "gschem" on my Linux box, and I'd never used the program before.

It reminds me a lot of the free software (Windoze only) that PCBExpress gives you to do your boards.

Since this will be hand-wired, and I don't need boards produced, I just wanted a nice looking schematic to go into the operating manual.

The project is an interface board from a sound card on a PC to a Kenwood HF radio so we can do "Digital Modes" on the Iowa.

Here's a copy of the schematic, but it didn't render very cleanly when I did a quickie rendering from PostScript to PNG format. 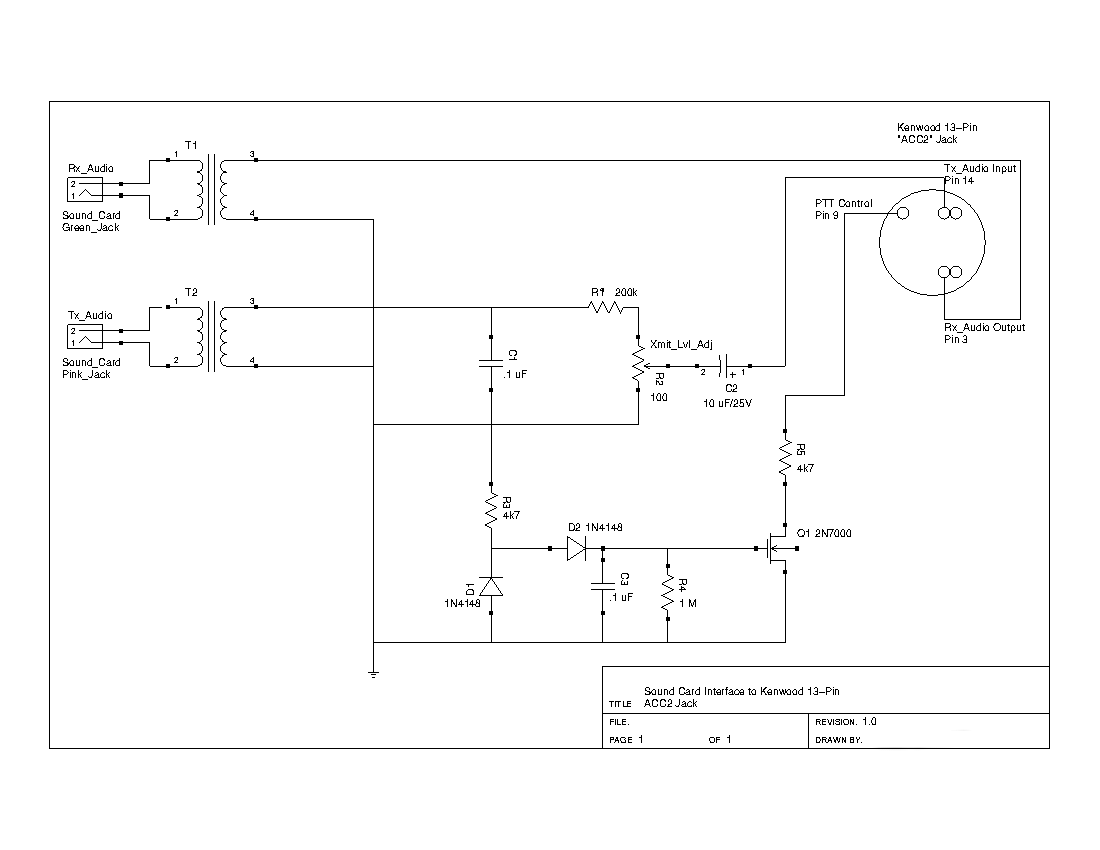