Groan, was out for two days last week. Got really ill Tuesday night, and stayed in bed all day Wednesday. About all I could keep down was chicken soup and bread, and not much of that.

Stayed home Thursday as well, and still didn't fell 100% when I went back in on Friday, but not wanting to get a Doctor's "excuse" to stay out three days, I went back in. My wife says they've been sending home 3 or 4 students a day from the high school she works at, so something nasty is floating around out here on the Left Coast.

Anywhoo....here's a breakdown on the new PC I recently built. It's still not online as my Daily Driver as I have a whole bunch of files to transfer over, and I always run a new PC 24/7 for at least a week before I entrust my data to it.

When I decide to build a new PC, I start first by deciding which processor I want to use.

Since I do some video encoding on this PC, I went with an Intel Core i7-2700K "Sandy Bridge". I chose the Sandy Bridge over the later Ivy Bridge, as the Ivy Bridge units have a reputation for running hot due to Intel's decision to use a different Thermal Interface Material between the die ("chip") and the Heat Spreader (outside of the metal case), which results in a lot of heat being trapped in the die. Since heat will kill semiconductors, and I prefer reliability, I opted for the Sandy Bridge version. 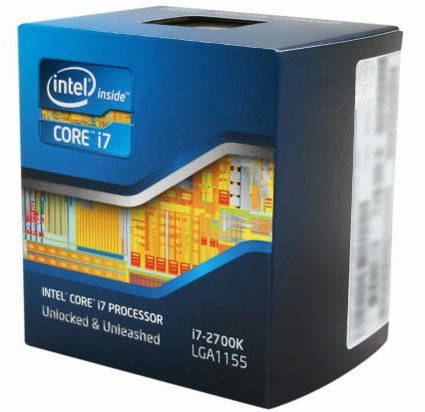 Since the provided heatsink/fan with these Intel processors is widely regarded by the "hardware guys" community to majorly SUCK, I went with a ZALMAN CNPS8000B cooler. Zalman is another company I've very good results with. 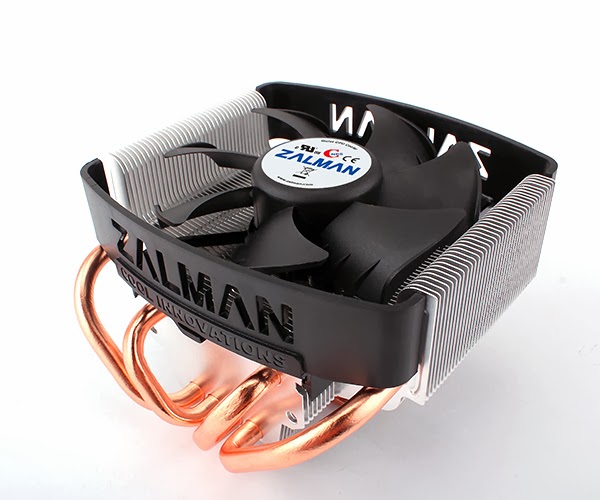 This cooler has a solid copper baseplate to suck the heat out of the processor, four heatpipes to carry it up to the "fine fin" aluminum dissipator, and a 92mm slow turning fan that pumps a lot of air, and runs very quietly.

Next up is the motherboard. I've had excellent results using both GigaByte and ASUS motherboards, but this time I went with an ASUS P8Z77-V PRO motherboard. 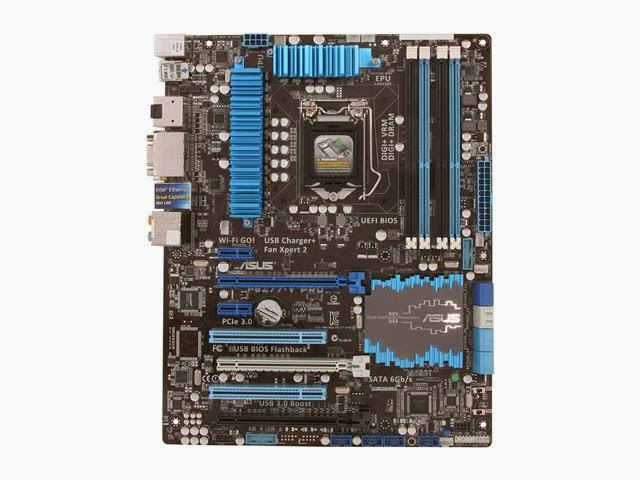 This motherboard has more bells and whistles than I'll ever use, including a little WiFi module that's still in the wrapper in the box. Since I rewired the house a few years ago, and pulled a Cat6E Ethernet cable to every room, I see no reason to use wireless. Even though our wireless router is locked down about as tight as I can do it with the hardware provided by our ISP, I still don't care to use wireless when there's a network cable available.


For memory, I went with 16 GB of G.SKIL "RipJaws" DDR3 "X" series, which is another vendor I've had very good results with. I remember when 16 Gig was a good sized hard-disk, and now I'm running that much memory! 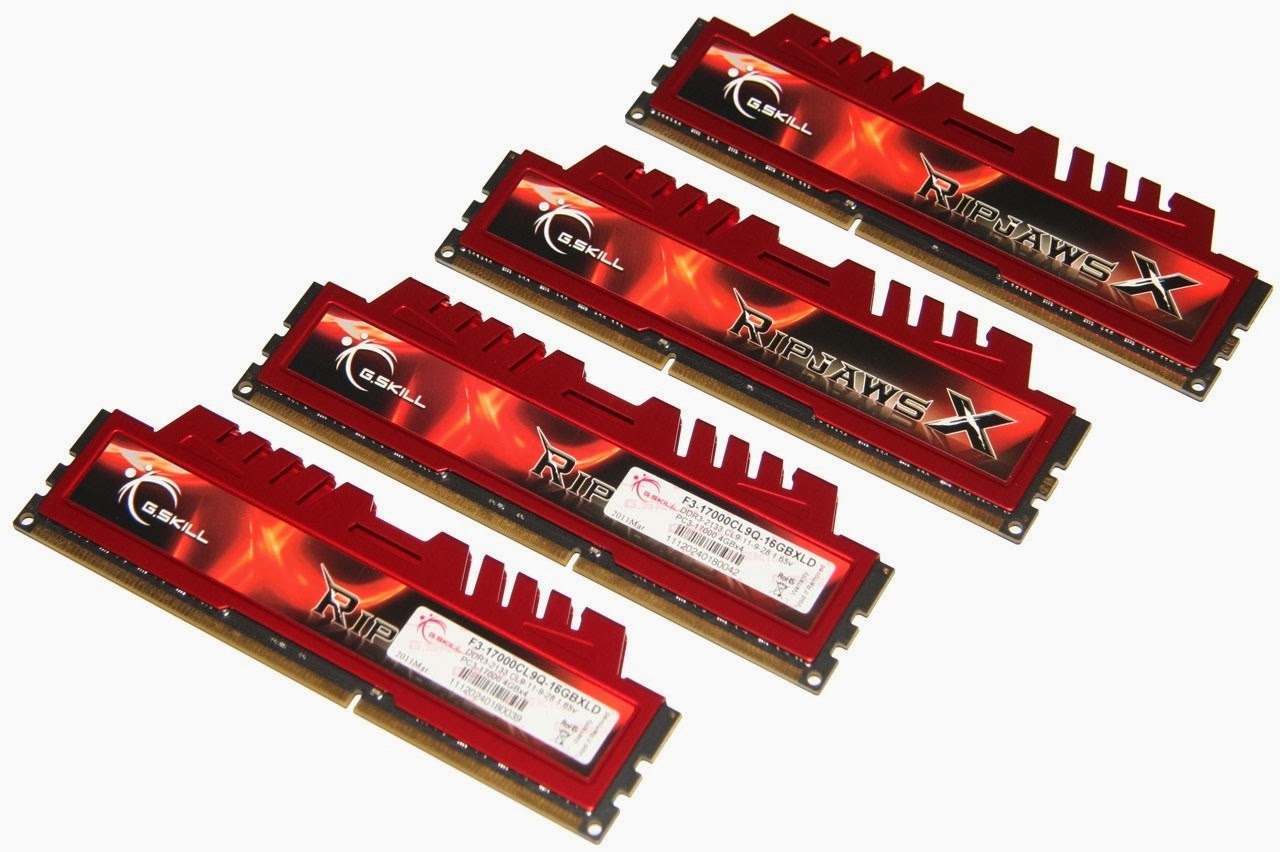 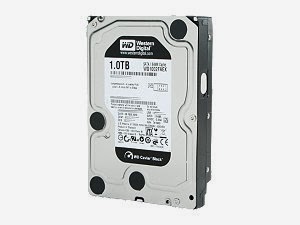 Since this is a Linux machine, I run an NVidia video card in it. The Intel Core i7 has built-in "High Definition" video, and this motherboard supports it with DVI, VGA, and HDMI video outputs, BUT I've never liked using onboard video, as it's usually a "Lowest Common Denominator" type of video solution, and from what I've read, the Linux support for the Intel video is fair to middlin' at best.

I'm not a gamer, so I don't need a video card with eleventy-zillion polygon renderings per nanosecond, so when I buy a card, I look for something in the $200 range with an NVidia chipset on it. Even "low end" video cards have astounding graphics capabilities these days compared to when I first started building PC's. The card I chose for this machine, an EVGA "02G-P4-2663-KR (whew!) has an NVidia GTX660 core, 2GB of special "GDDR5" video memory, and outputs for running up to FOUR monitors at once! 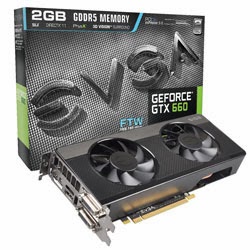 And, a new case to stuff it all into! I greatly prefer Lian Li all-aluminum computer cases, as they're extremely well made, very light, and all metal, which helps keep any computer generated RFI down to manageable levels.

HOWEVER, I also prefer the desk-top style of case, which is basically a flat box that I put my monitor on top of, which saves valuable real estate on my desk. These cases have been getting harder to find, leading me to build my last couple of PC's in a "Home Theater/Media Center" style case. BUT, these cases are now getting hard to find in a size that will accept a full-size ATX motherboard, and Newegg has been Out-of-Stock on my favorite Lian Li case for quite a while now.

SO, I went with a brand I'd only used one other time, Silverstone, and bought a model SST-GD08B aluminum and steel Home Theater case. 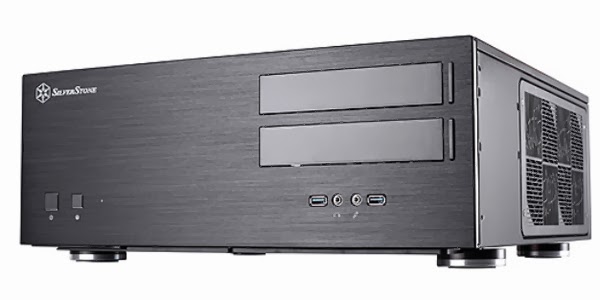 It's an "OK" case, but not made nearly as well as a Lian Li, Only the front panel is aluminum, with the rest being painted steel. And I'm not too sure hoe the paint is going to hold up compared to the hard-anodized aluminum of a Lian Li case.

It does have nice filters in it, and plenty of large (120mm) slow turning fans that move a lot of air, and are very quiet.

To power this guy up, I went with am EVGA "SuperNOVA" (I really hope it DOESN'T live up to it's name!) 1000 Watt power supply, with modular connectors for all the cables, This way, if you don't need six cables for hard-disks, you don't have to put up with all six being permanently attached to the supply; you just plug in the cables you need to power up what devices you have. Makes cable management inside the PC much simpler. 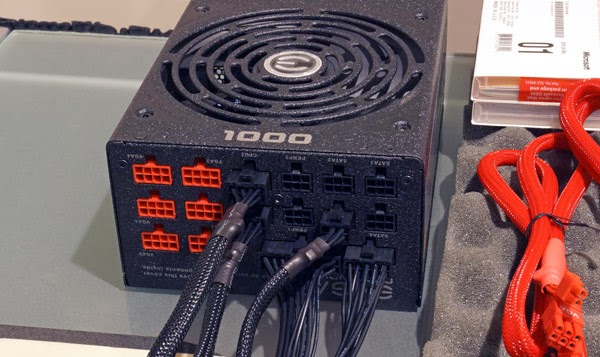 I've also had good results with EVGA video cards, so I thought I'd try one of their supplies, even though I usually buy PC Power and Cooling supplies.

And to finish this build, I loaded the latest version of OpenSUSE, 13.1, which really screams on this PC 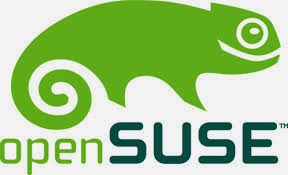 Hopefully I'll get all my files transferred this week after the "burn in" test is complete, and then I'll be able to retire this PC, after 5 years of faithful service.