But not by much!

First off, they busted me (well...previous owner) for having a piece of heater hose in use as a breather hose. This particular hose goes from the air duct that crosses the engine to a port on the intake manifold, and it's more of a reference hose than an actual "breather" hose. The hose had obviously been there for quite a while, was in excellent condition, and had zero signs of any damage from any oil or crankcase vapors that might have been passing through it.

BUT, it was marked as "Heater Hose, 5/8"" or something similar, so the Smog Nazis of the People's Republik of Kaliforniastan declared it as TAMPERING/MODIFIED, and I had strike one.

The actual "PCV" hose exits from the side of the boss the oil filler cap screws into, and goes to a separator before being vented back to the intake manifold, but since this car is older than the kid doing the smog test, I didn't expect him to understand that.

All the rest of the visual/functional checks passed, and then it was on to the dyno rollers.

She passed the 25MPH test (barely), and while the guy didn't like having to pass the car, the computer told him to, so she passed. The 25MPH HC readings were at 83ppm, and the limit is 83ppm, so since it wasn't over the max allowed, they passed it.

The problem was with the 15MPH dyno run. The max allowed for HC (HydroCarbons) is 130ppm, and the car generated 142ppm, which failed it.

For both the 15MPH and 25MPH runs, the CO and NO numbers were in the middle of the min/max range, so no problem there.

Now I had done a couple of things to her Saturday morning, and drove her around for about 45 minutes to ensure she was all warmed up, and decided to take my chances. One of the things I didn't do was to change the spark plugs, which have god-knows-how-many miles on them, and the other was to fill the tank with fresh fuel, as the half-tank (about 7 gallons) had a "Full Load" of fuel system cleaners consisting of a 20oz bottle of Techron, and two 8oz cans of SeaFoam.

I stopped on the way home from the smog test place to get some "approved" PCV hose and a couple of clamps, and drove around some more until the low fuel light came on, at which time I filled her up with 91 Octane Shell.

I went ahead this morning and installed the new plugs, and the ones I took out were really worn. The specified gap for new plugs is 1.1mm (.043), and some of the old ones were well over .050, with worn, rounded electrodes. Several of them were loose ( ! ), which is NOT a Good Thing with an aluminum cylinder head. I've seen plugs get loose in aluminum heads, and the combustion gases go at the threads like a cutting torch, in some cases causing so much damage that the plug blows out of the head!

At least my new plugs are properly torqued now, with a dab of anti-seize on the threads to prevent them from galling the threads.


Reading the Toyota Service Manual last night, and going through the Emission Control System troubleshooting flow chart, something hit me.

If there are ANY air leaks between the Air Flow Meter and the Throttle Body, the measured amount of air from the AFM will NOT be the actual amount of air going into the engine, and the fuel injection system will improperly meter the fuel. In this car, the AFM is located down behind the air cleaner in the right front corner of the engine compartment, and the throttle body is several feet away, connected by some plastic duct work with rubber couplings between the various sections. 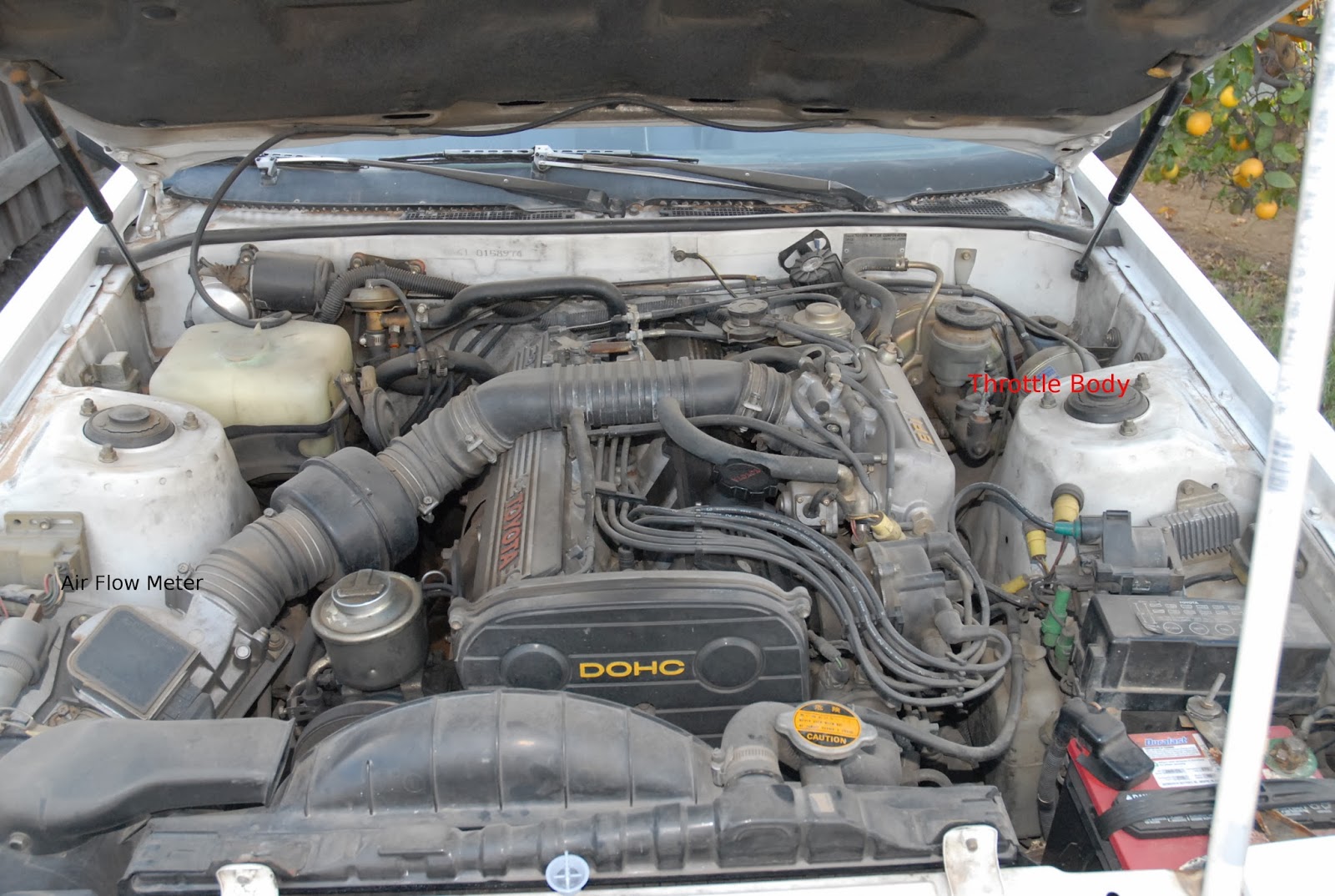 There are three large rubber "cuffs", or "couplings" between the various solid parts which are made of fiber reinforced plastic, and the final rubber coupling, at the throttle body, was split! 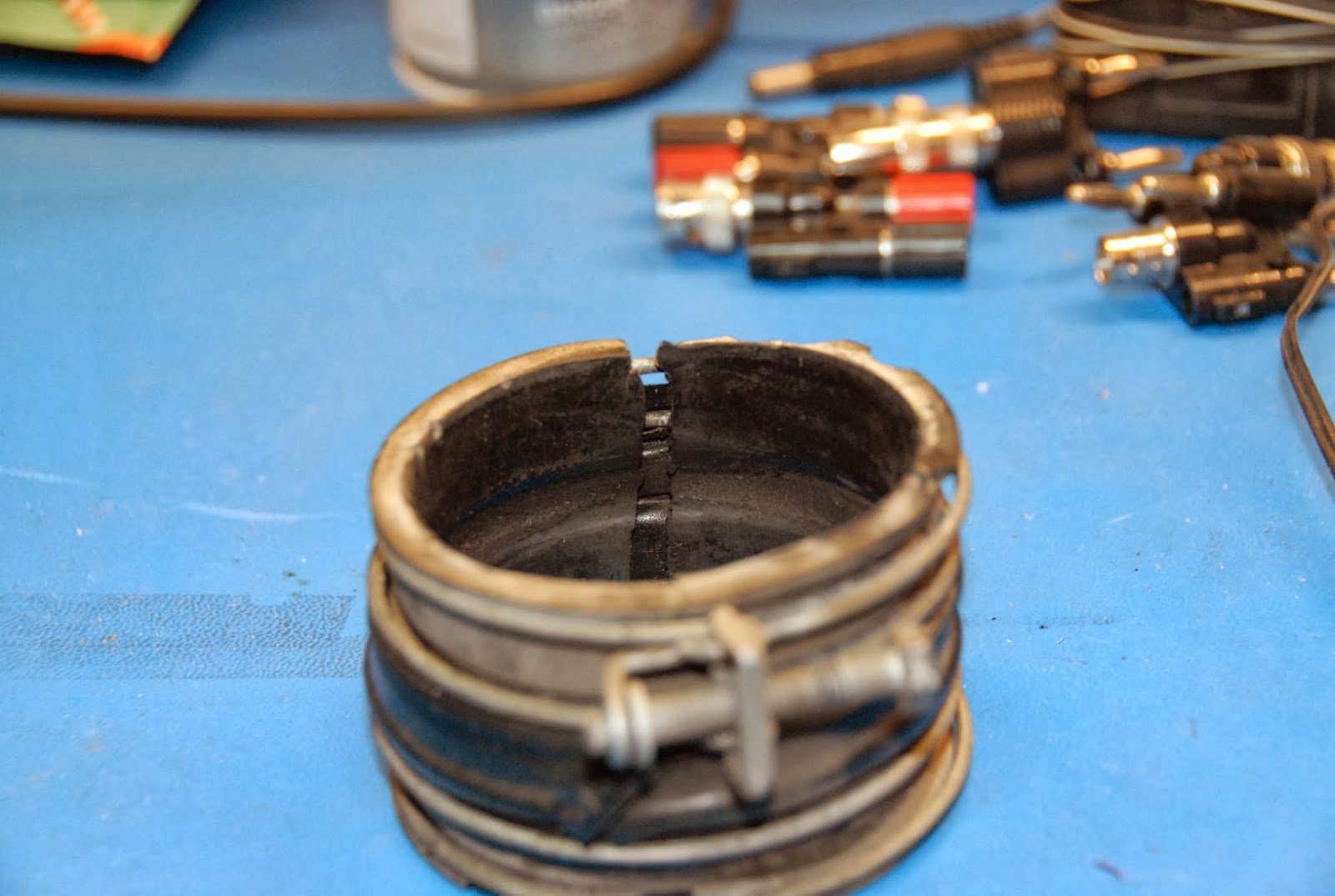 It had been wrapped with ooey-gooey black electrical tape in an attempt to fix it, but the tape had degraded to the point that there were gaps in the rubber with daylight showing through! 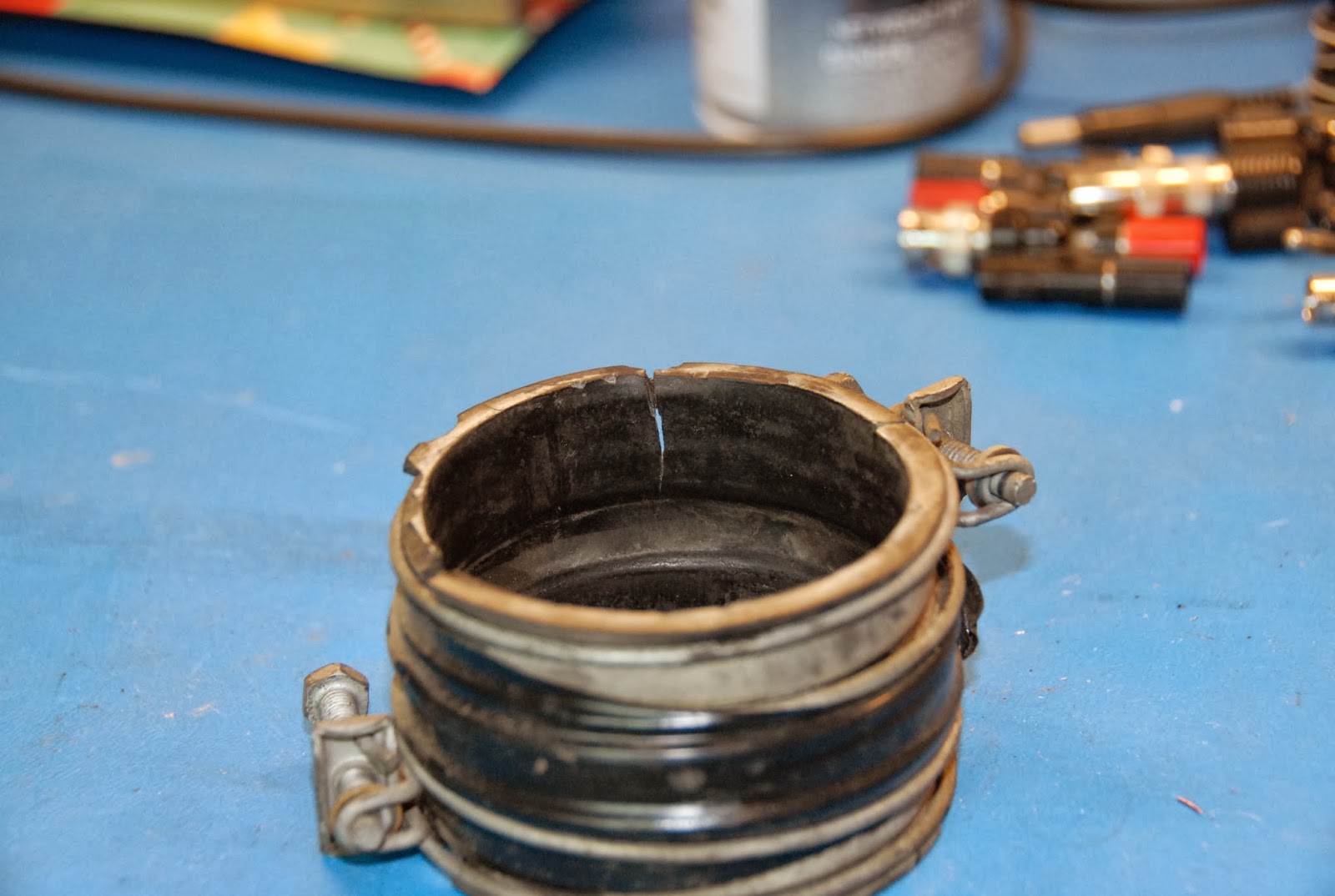 I had a massive air leak, and it's amazing the car ran as well as it did!

This part is also an excellent example of Fossilized Rubber from the Disco Era (mid 1980's), and was a real PITA to get off the throttle body, as it was crumbling away as I pried it off, witness some of the missing chunks on the outer edges.

I carefully peeled away all the electrical tape ( ! ) that was trying to seal it, and scrubbed it with lots of hot water and dish soap in the kitchen sink (yes, I cleaned the sink when I was done) so that whatever method I chose to use to seal it all back up wouldn't have to try and bond to a 30 year collection of grease, oil, and road dirt.

After it was completely dry, I fit it back on to the plastic piece that connects to the throttle body, and proceeded to wrap several layers of self-fusing silicone rubber tape around it.

This stuff is absolutely amazing, and I've been using it for years to seal things and weatherproof them. It's only recently caught on in the consumer market as "Rescue Tape", but if you buy that stuff, you're paying about 5 times what it costs if you carefully shop for it.

Once I had it wrapped and slid back on the throttle body, I noticed that while I had the coupling sealed on the outside, the split in it made a channel from end-to-end that would still leak, so I forced some black RTV sealer into both ends of the channel, smoothed it out nicely, and reassembled the whole air intake system.

She started right up, and seems to idle smoother, but since I didn't get her fully warmed up and drive her, I won't really know if my "fix" worked until Monday afternoon when I take her back to get retested.