During the last few weeks when I was off work on Medical Leave, a movie production company that had contracted with us came in and set up all their gear.

They did a lot of filming up on the bridge, down in the engine room, the Launch Control Center, and what we call "Room 101", which is the Rocket Assembly Room where the payload gets mated to the rocket and tested before we transfer it over to the Launch Platform.

Almost all of the filming was done on 2nd and 3rd shifts, and since I was AWL (Absent With Leave!) when the schedules were made, I didn't get asked to assist the production company while they were on board.

It was mostly assistance to keep them from getting lost, making sure they didn't get into places they shouldn't go, and escorting them to the rest room.

Well, they finished filming over the weekend, and started breaking things down and moving them off the ship Monday morning.

The filming they did was a lot of "action" sequences, and according to my friends who were observing, involved  LOT of prop gun shooting.

So much so, in fact, that people were sliding around on the spent brass in between takes before they could get the floor swept up for the next take!

One of my friends said they were taking 5 gallon buckets of brass off the ship!

Even after "cleaning up", they were still finding brass rolling around, so one of my friends saved a spent case for me.

He had no idea what kind of gun they were firing, other than "It was some kind of machine gun!", and since it was a prop gun, might have been rechambered to fire these blanks.

It's obviously a blank from the crimped end, but the head stamp indicates it's a "9MM Win Mag", which I had never heard of.

A wikipedia search turned up that it's considered an obsolete cartridge, designed in the 1970's to duplicate the ballistics of a 357 Magnum in an auto pistol cartridge, sort of like a prehistoric 357SIG, I guess.

So, here's a couple of pictures of a cartridge you may have never seen before. 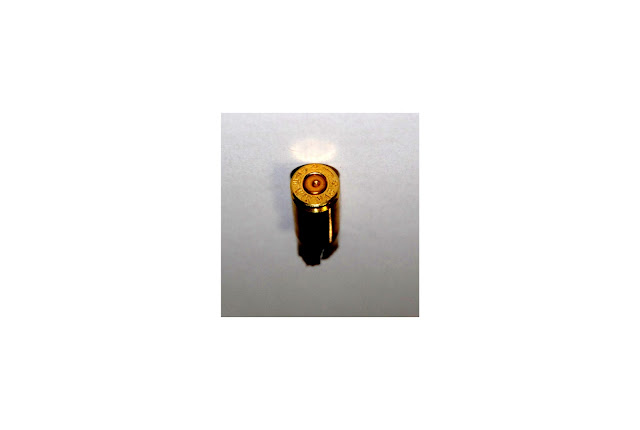 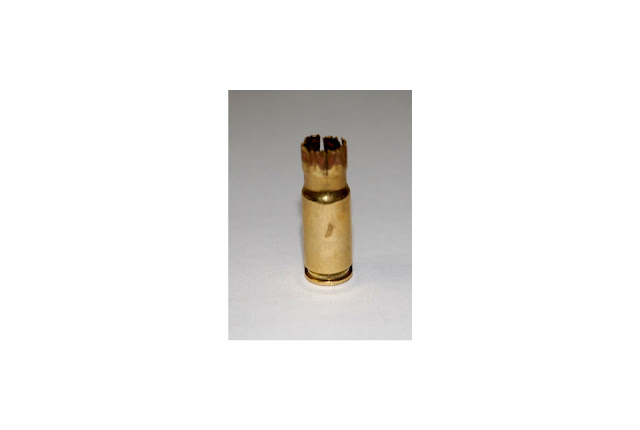