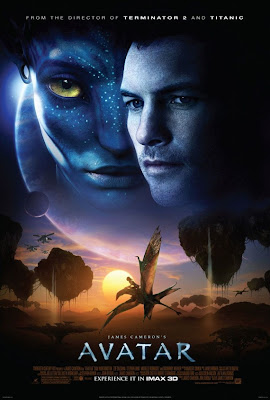 Went to see the new James Cameron movie "Avatar" last night.
WOW....I'm stunned! Besides having a decent story and good acting, the special effects and CGI were nothing short of amazing. We saw the movie at an IMAX theater in 3D. Now IMAX movies are always enjoyable for me, and the few I've seen in 3D were OK, but "Avatar" was *almost* the best combination od the two technologies I've seen. In some of the scenes the 3D effect was a bit overpowering, but in others it seemed very natural, not typical of the 3D movies I've seen.
The theater we saw the movie in was an IMAX Digital theater, and they don't have the "Seven Story High" screen like the IMAX theater at the Los Angeles California Science Center.
If you haven't seen it, you should go. It's really a visual feast.
Posted by drjim at 11:34 AM