Superstructure Tour Tomorrow on the Iowa, and Continuing Antenna Work

Not sure what this tour encompasses, as I don't know anybody who's taken it, but I'll find out, and my little audience here will find out, too.

I've been busy making some jumper cables to connect the receiver coupler banks together, and replacing all the tantalum capacitors on the "A5" card for the URR-74 receiver.

We have two banks of antenna couplers of the CU-1799/CU-1801/SRA series. Each bank is split into two sections, giving us four inputs to use. Each of the couplers acts like an amplified, tunable preselector, and gives isolation to the receivers they feed. 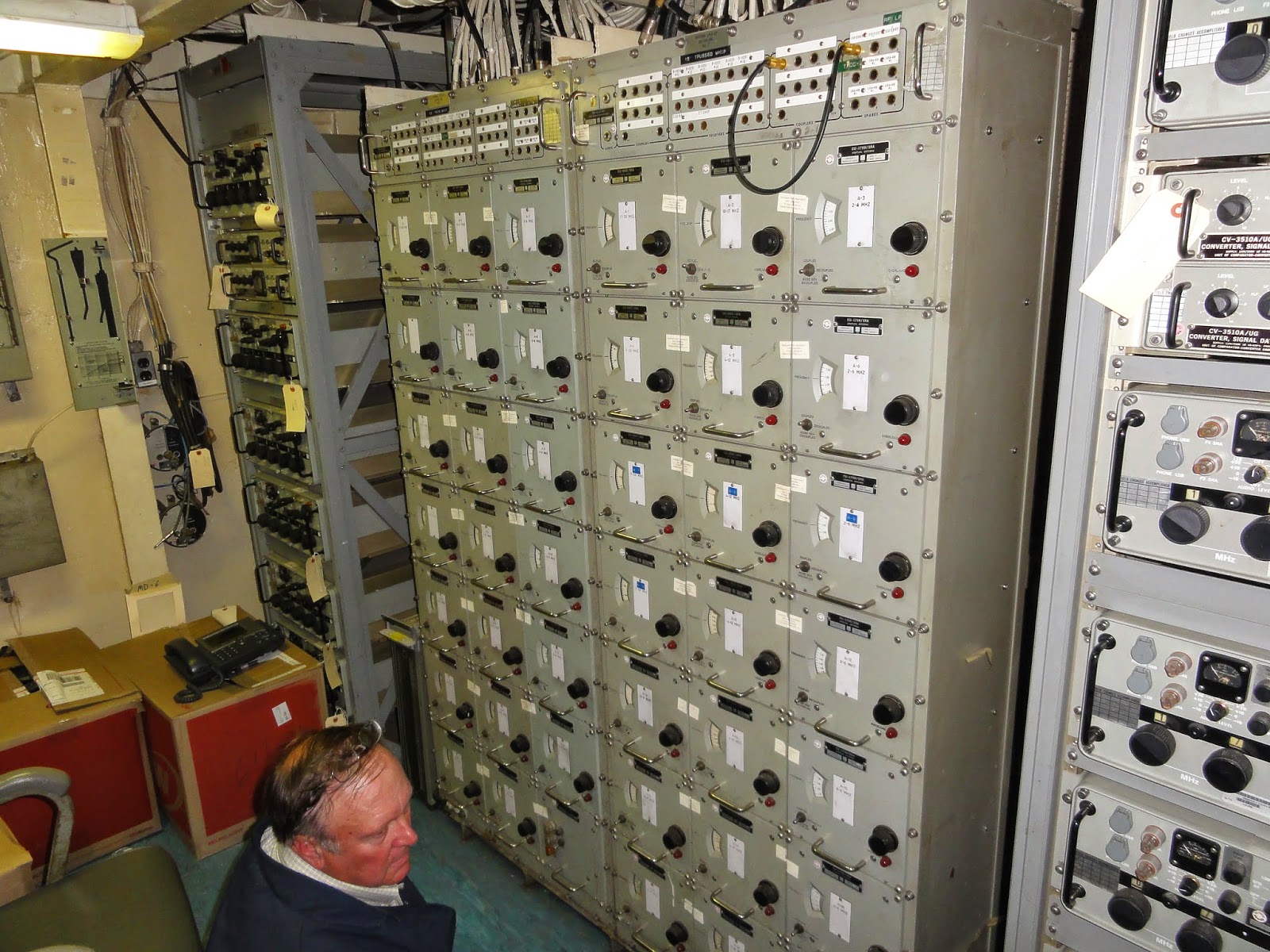 (Photo courtesy of http://www.virhistory.com/navy/ships/bb61.htm one of our friends and mentors)

The patch panel at the top allows various couplers to be patched to various receivers.

Since we're missing one of the "Trussed Monopole" (12~30MHz) antennas, as well as the "Twin Fan" (100kHz~12Mhz, approx) antenna, we're going to daisy-chain the coupler groups together.

"Output 2" of the last group will go to the dummy load.

The bummer about this is that the coaxial cable jacks on the top of the rack are "Type-C" connectors, about the same size as a "Type-N", but with a bayonet mechanism, kinda-sorta like a giant sized BNC connector. When I went connector shopping I found that the connectors are readily available, but cost about anywhere from $45 to $85 EACH, depending on who you get them from.

After I picked myself up off the floor, I was able to find some Type-C to Type-N adapters for about $8, so I'll be using Type-N connectors on the cables I'm making along with the adapters that arrived Saturday morning.

This should (hopefully) allow us to feed all the 1051 receivers, and run a "trunk line patch" over the the URR-74 receivers, and connect them up to one of the antennas we have available to use.

We also have several other HF antennas we could use for receiving, but we need to find where the coax connected to the antenna(s) goes to.

We have the "Twin Whip" antennas on the front of the bridge: 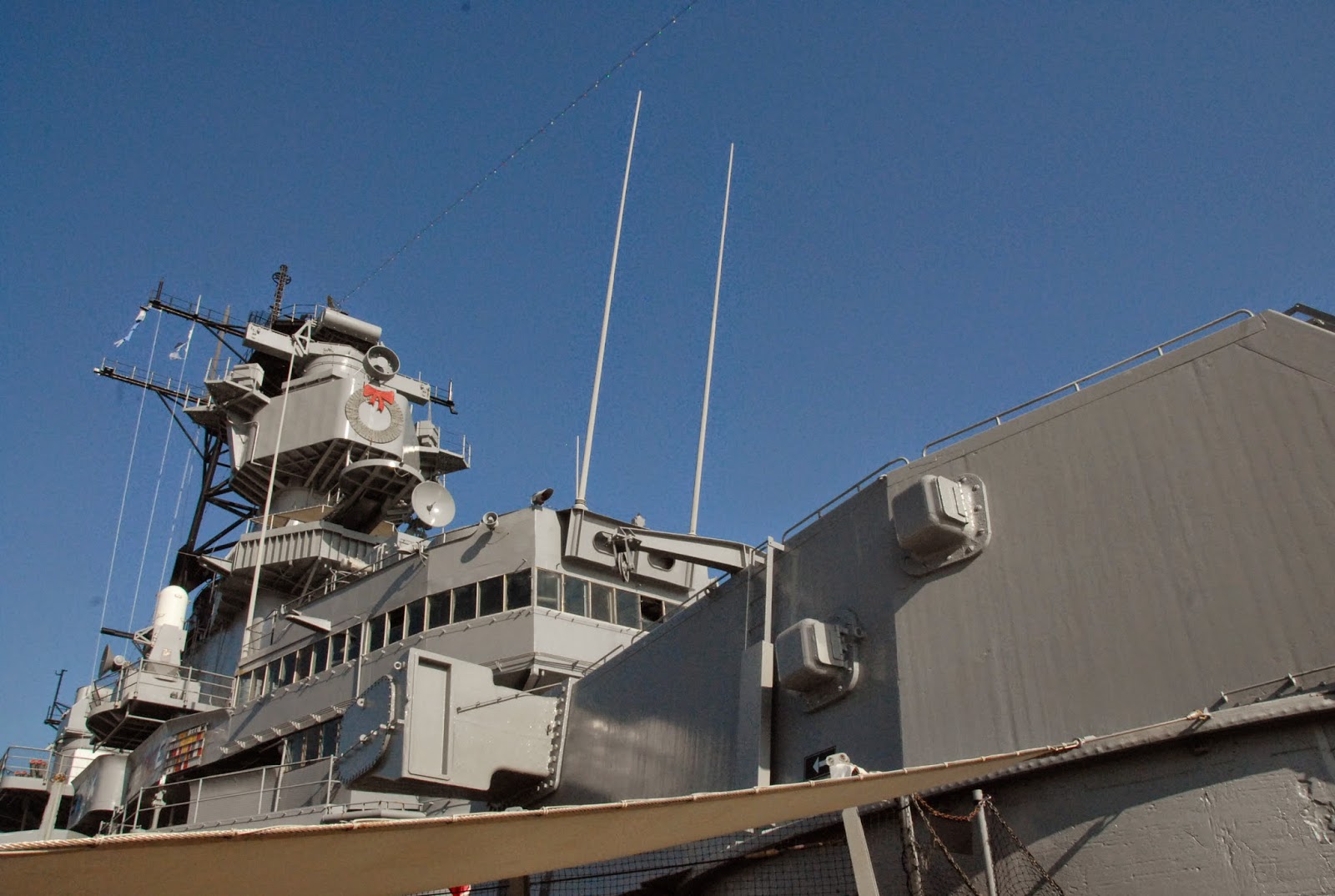 A vertical antenna on the starboard side, just aft of the bridge: 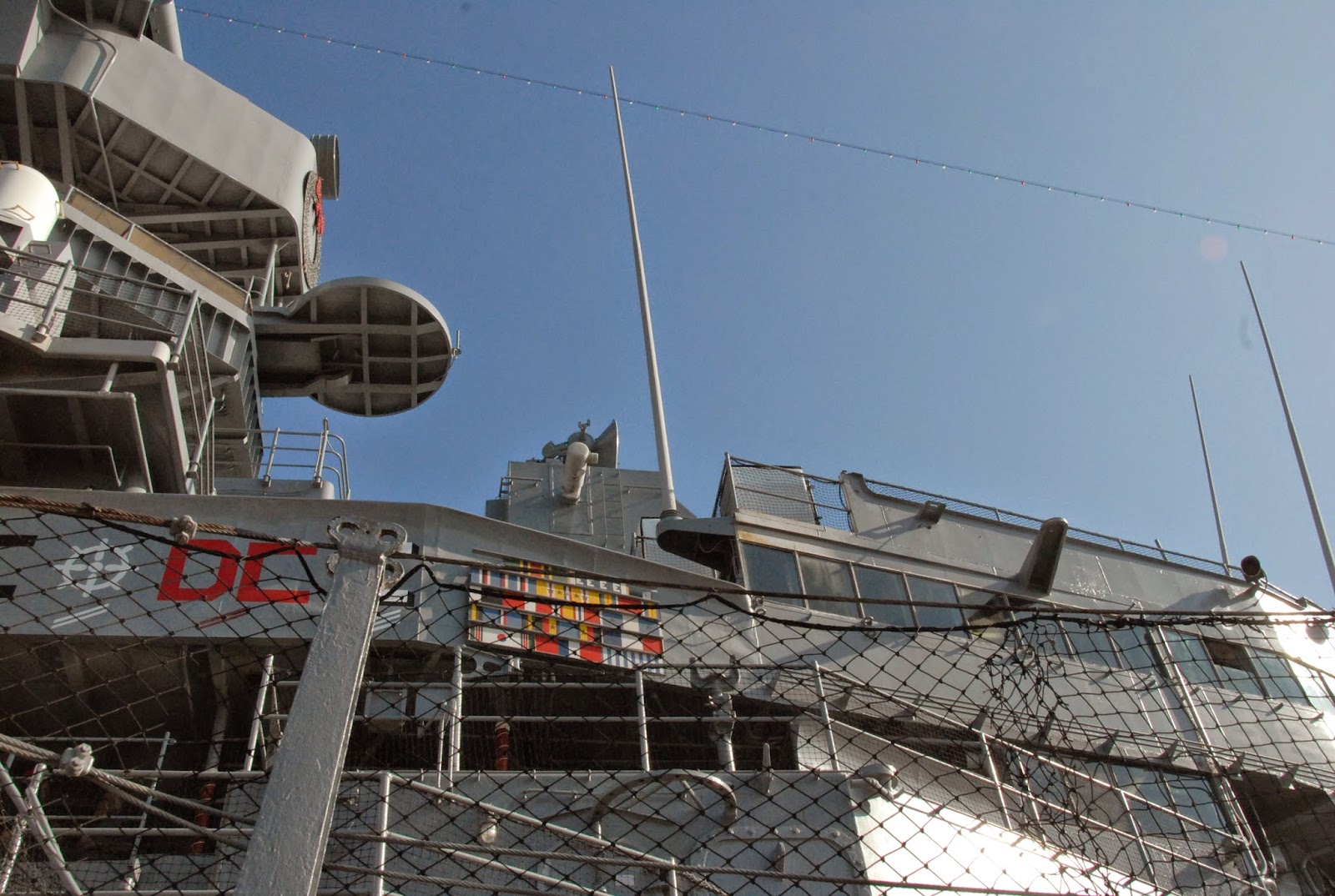 And a pair of antennas that we call the "Goal Post Antenna", just aft of the forward stack: 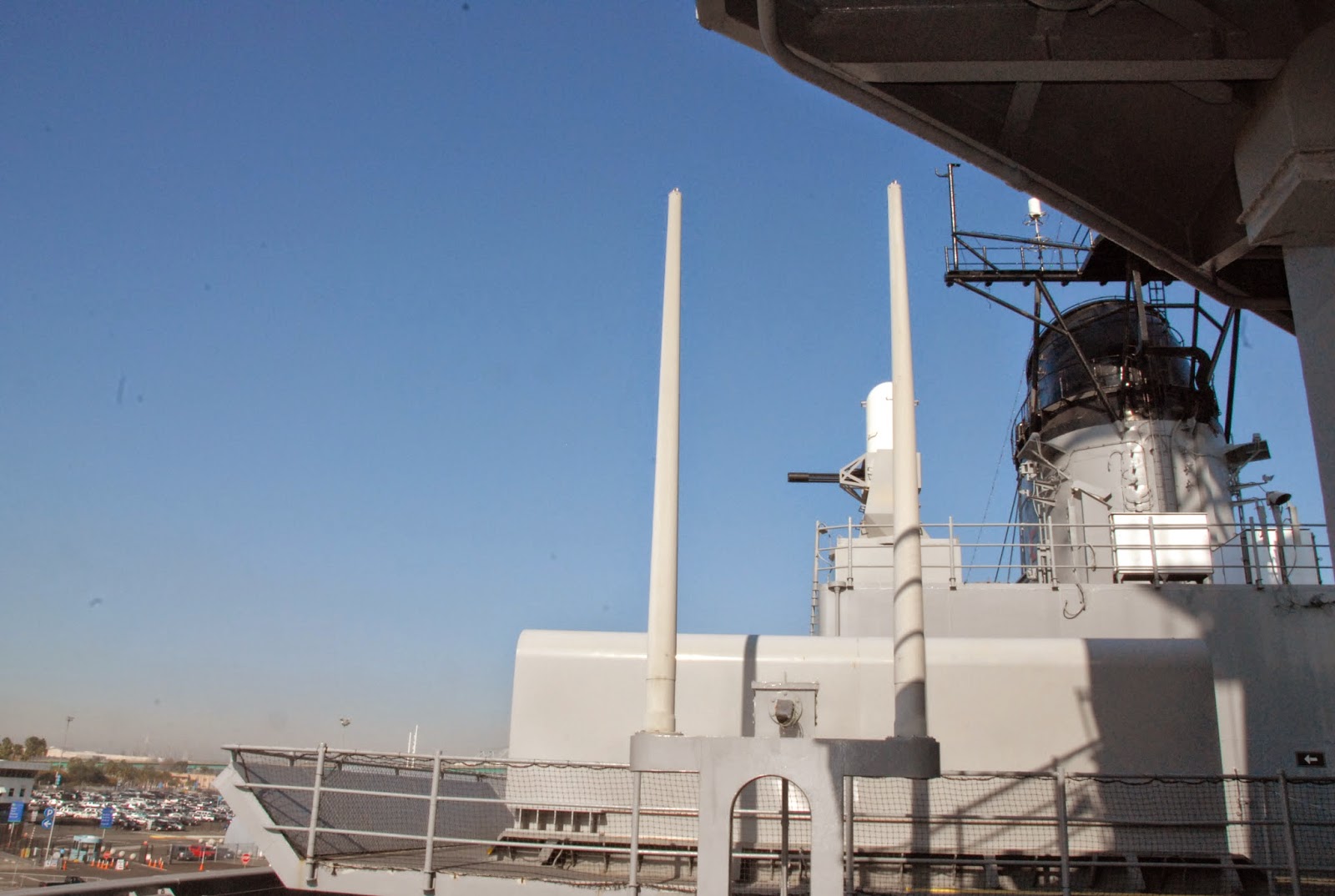 The Goal Post antenna has a large Heliax coax running from the coupler box to somewhere: 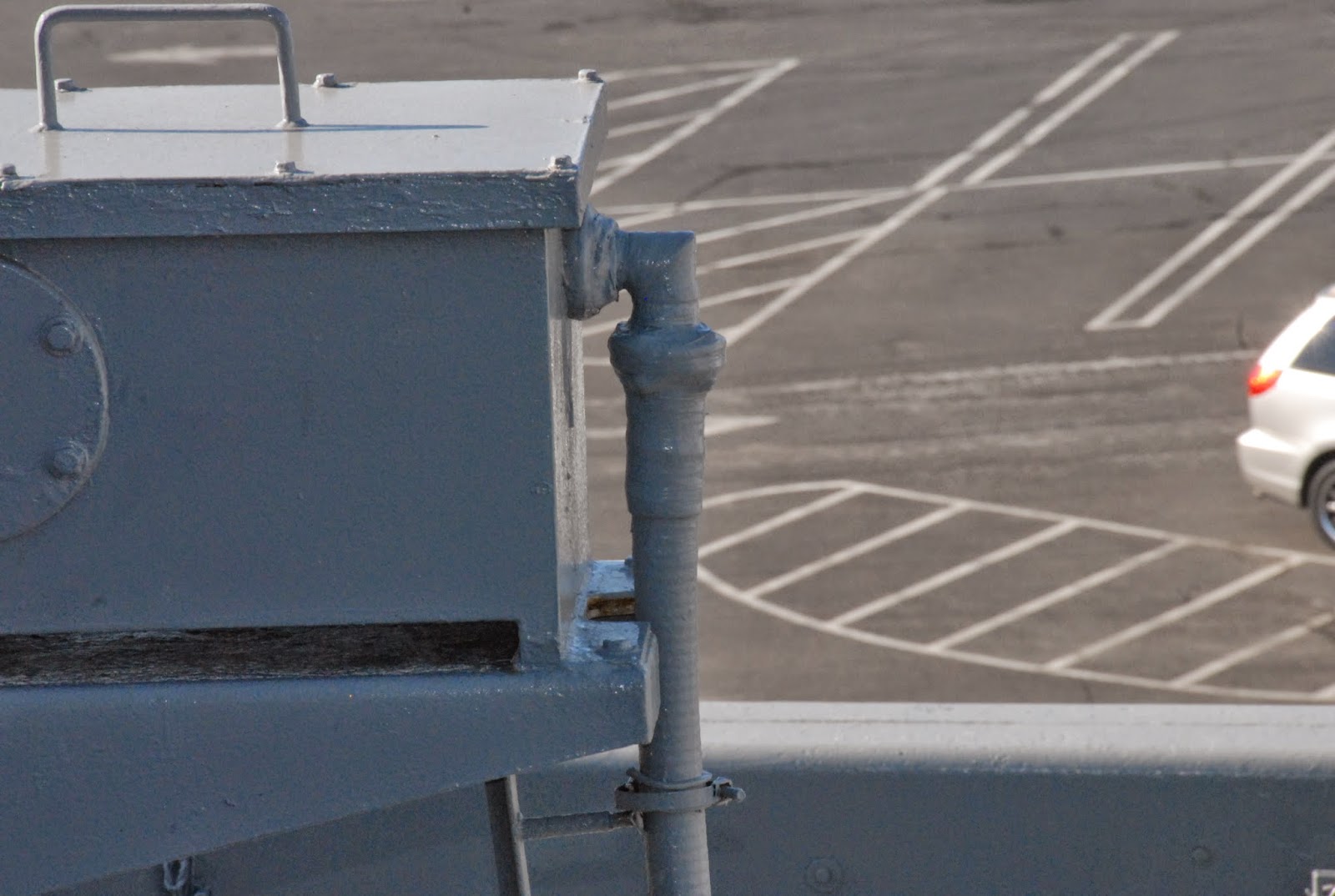 BUT, the whips aren't connected to the coupler box: 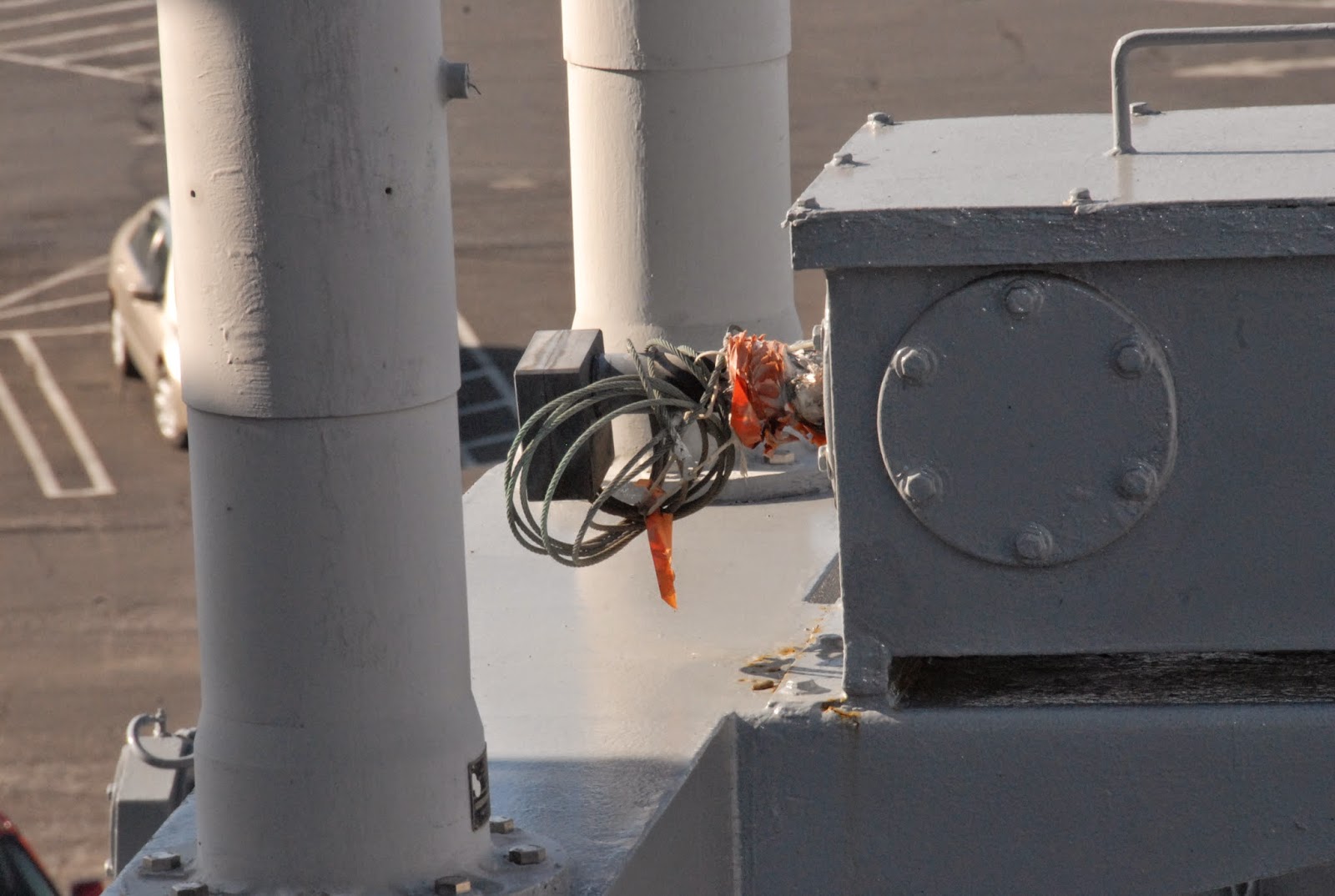 So, one of us (probably me) will have to get a ladder out on deck and climb up to see what the cable tag on the Heliax cable has stamped on it.

Considering the size of the coax going to the coupler box, it's plausible to think this was a transmitting antenna, but it would work equally well for receiving.


Our friends over at the U.S. Navy Radio Communications website have been a tremendous help getting the antennas identified, and sending us documentation on them, but it's up to us to play "Follow That Coax!", and figure out where the cables wind up. We're pretty sure they go to either the Radio Room where most of our activities take place, or to the Transmitter Room, three decks down off Broadway.